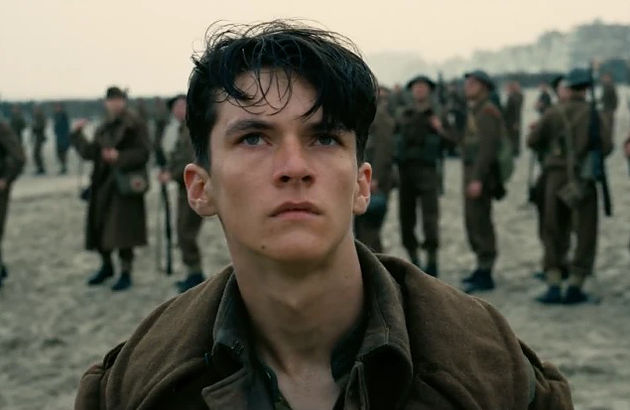 Christopher Nolan’s trademark style is brooding, clinical, dark, heavy, elegant and powerful. The acclaimed filmmaker has become a household name, adding a crest of brilliant films to his credit over the last two decades. A visionary director, he’s become respected not only for his output but his method, getting the most from his cast and crew by adopting a businesslike mentality. Film is entertainment, but Nolan realises that in order to turn a profit and get the best results, creating a clinical and focused atmosphere on set helps the team do their best work.

While his style is recognisable, it seems that every film he creates is an attempt to be the quintessential film within that genre. His outlook is quite traditional, opposing 3D format, the Netflix model and even the use of cell phones on set, yet he seems to give the industry a shakeup with each new film. The much anticipated arrival of Christopher Nolan movies have made these new releases a cinematic event and Dunkirk is no different.

Instead of an invasion, attack or deadly mission, we are dealing with a rescue operation. Rather than zooming into the risky extraction of one soldier, like in Saving Private Ryan, the filmmaker has decided to stage the mass evacuation of British and French Allied troops from Dunkirk. Spielberg’s World War II landing sequences were praised for their authenticity as a visceral 15 minute re-enactment brought tears to the eyes of veterans who were there. While this brilliant war scene set in motion an excellent war film, it never managed to rekindle the same intensity. In Dunkirk, Nolan flips this around, so that the driving intensity only offers 15 minutes of respite.

In attempting to make the ultimate war film, Nolan takes three strands of the story from a minute, an hour and a day. Broaching the Dunkirk evacuation from three different perspectives, he manages to encompass the experience from air, sea and land. From the air, we encounter the bravery of a courageous pilot. From the sea, we follow a boat of civilians on an unauthorised rescue mission. From the land, we get an idea of the waiting game as a soldier does his best to board a rescue vessel to safety. Each of these strands weave together into a taut rope as ticking time-bomb tension mounts and the game of survival becomes more critical. Jumping between the subplots, he manages to extract the most intense moments, maintaining breathless pacing and suspense.

“What happens in Dunkirk…”

Using thousands of extras, Nolan has ensured that the film has a strong sense of being there. The authentic audiovisuals make for a vicarious and visceral war experience as we barrel in a fighter plane, become submerged underwater and shudder with the sharp clank of bullets piercing metal. It’s a full-scale assault on the senses as Nolan crafts a film that employs multi-sensory and psychological devices. Leveraging fear he concocts a survival war drama thriller that is both unsettling and titanic. It’s riddled with breathtaking moments of despair, panic and sheer relief using Hans Zimmer’s pulsating and relentless score to add depth and drive tension.

While this stirring war drama will be sure to engender British patriotism and renewed interest in World War II, the intense thrill ride of survival plays out against a fairly anonymous enemy. The film has universal themes, which makes sense on an allegorical as well as a historical level. This relative anonymity is carried through into the casting of name stars like Tom Hardy, Kenneth Branagh and Cillian Murphy. Fionn Whitehead takes on the “lead” role, but this large and relatively unknown cast make it a real team effort, downplaying and equalising the name stars for the sake of authenticity. Ego is an afterthought as the film plays out on a macro level, leaving an effective blueprint for future war and even disaster films in the process.

Dunkirk is sparsely scripted, not giving us much time to explore characters, allowing their actions and expressions to do the talking. The constant barrage of emotional stress and authentic recreation makes the experience very real and breathes life into famous black and white pictures from the historic event, which were used as a strong reference point. While imbued with Nolan’s trademark approach and tone, this doesn’t leave much room for the lighter side of the human condition. This grave seriousness makes this prestige film foreboding, yet something must be said for the “stiff upper lip” and a propensity for people to use humour to cope with fairly hopeless predicaments.

While Dunkirk is more of a director’s film, it overcomes its shades of disconnectedness with quick pacing, relentless suspense and first-class production values, in essence making the evacuation mission the lead character. With an imminent sense of danger and channel-flipping between intense situations, Dunkirk demands your attention and earns it through masterful direction, experiential entertainment, thought-provoking moments and its selfless sentiment. It may not have the characterisation to make it the greatest war movie ever made, but it lands among them with aplomb. 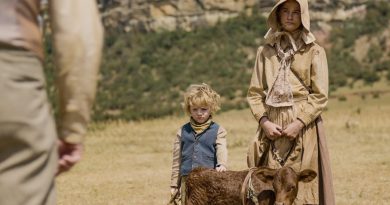 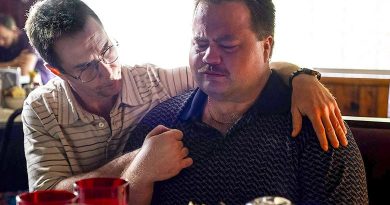