Blade Runner 2049 is a sequel to Blade Runner, based on the Philip K. Dick science fiction novel, Do Androids Dream of Electric Sheep? The original film, starring Harrison Ford, was a box office failure, which redeemed itself over time as the slow-burning dark horse sci-fi saga recovered as a rental and developed a cult following. Now in an age where original ideas make way for reboots and remakes, Ridley Scott’s world of Blade Runner has been given new life with Ryan Gosling under the spotlight and acclaimed director Denis Villeneuve at the helm.

Villeneuve’s film credits and track record are impressive, including: Prisoners, Enemy, Incendies, Sicario and most recently Arrival. A master of suspense films with darker themes, it must have been a relief for Blade Runner fans when he was attached to the sequel. While Ridley Scott has ventured into the land of sequels, his most recent attempts to resurrect the Alien franchise, have been met with mixed reviews and moderate success.

The brooding sequel picks up 30 years after the events of the first film, when an LAPD Officer and blade runner named K discovers a long buried secret, which prompts him to track down former blade runner, Rick Deckard. Harping on elements from the original Blade Runner, we have a science fiction mystery thriller that taps into themes around memory, what constitutes the human experience and slavery as expressed in Cloud Atlas, Ghost in the Shell and The Matrix. It traverses a curious yet frustrating narrative terrain as the meandering investigation eventually unveils all the players and finds its true North. Yet, the duration of the journey is almost justified on sensory experience alone.

Blade Runner 2049 is a visual masterpiece. Renowned cinematographer Roger Deakins has crafted a breathtakingly beautiful film experience as we glide from one dazzling sequence to the next. Channeling a similar elegance to Inception and aesthetic to Ghost in the Shell, one is transported to another dimension where style permeates every corner of the frame. Spacious, futuristic film noir style interiors open onto desolate, sprawling and magical wide-open landscapes, giving Blade Runner 2049 a decaying, epic and ethereal atmosphere. The visual effects are quietly astounding, leveraging the real to create extensions of reality rather than supplanting unreal upon unreal. This foundational approach serves as a tribute to the original, without ignoring the advances in film-making techniques and technology.

The production design is impressive, putting the finishing touches on urban wastelands, realising new automotive technology and repurposing old world architecture. The creative and stylised use of lighting and natural elements makes it even more artful and textured as a futuristic film noir. The wardrobe borrows some notes from Blade Runner with a 30 year window to develop, extend and reinvent fashion ideas. While the beautiful ensemble help complete the quest for visual perfection and integrity, making Blade Runner 2049 look as crisp and polished as a graphic novel.

Gosling is a strong and accomplished actor, who doesn’t seem out of place in the bleak dystopian world of Blade Runner. Donning a glum expression, it’s a difficult balancing act to convey perceived over experienced existence. He’s supported by an equally adept cast featuring: Dave Bautista, Robin Wright, Sylvia Hoeks, Jared Leto, Ana de Armas and Harrison Ford. Bautista brings his Guardians of the Galaxy credibility to a staid yet physical performance. Wright has a strong presence, similar to Katee Sackhoff in Battlestar Galactica, in her role as Lieutenant Joshi. Hoeks is effective as a picture perfect doll turned hunter named Luv. Jared Leto doesn’t get as much traction as he should have in the off-key role of Wallace. Ana de Armas could have warranted her own spin-off as Joi, while Harrison Ford demonstrates his class reprising his role as Rick Deckard.

While visually spectacular and stellar, the audio experience isn’t far behind, bolstering the impact of the visuals and grounding the effects. Hans Zimmer fills the soundscape with the same bleak, impending sense of lonely despair. The soundtrack carries Villeneuve’s vision, staying true to the original Blade Runner, yet delivering its own signature. Punctuated by device chimes and explosive gunshots, the foley work is pulsating and visceral, laced together by the masterful sound design you would expect from a big budget film production of this calibre.

Blade Runner 2049 may be one of the most outlandishly brilliant audio-visual cinema experiences of the last decade, but that doesn’t stop it from being dull. While the artful visuals are painstakingly beautiful and the sound is crisp, there’s a hollowness that pervades. One can adjust to a bleak environment, but there’s a lifeless feeling that undermines Blade Runner 2049. As dedicated as the performances are, there’s a charmless undertow at play, which is exacerbated by deliberately slow dialogue and slow-burning mystery. It creates an otherworldliness much like David Lynch’s films, yet instead of creating an alienating mood, it simply alienates.

Gosling’s generally numb lead performance distances one even further from his quest. There’s a cold indifference shared among the characters that informs their plight, yet deadens their emotional lives. Without the necessary psychological motivation, their interactions lack tension and the drama suffers as a result. With no one clambering for life, feeling the need for real connection or seemingly concerned beyond the next obstacle, it becomes a cold, overlong and stuffy affair. Lacking the necessary charm and vitality, Blade Runner 2049 leans into its artistry and technical brilliance, struggling to unearth strains of Philip K. Dick’s science fiction.

While one’s eyes and ears are sated, it’s a cold, lifeless, overlong, distant and emotionally hollow experience. None of the real characters inspire or strive for some form of redemption, making it difficult to identify or immerse yourself in this bleak dystopian world. While some sci-fi concepts are explored in style, these aspects have been investigated more purposefully and introspectively in films like The Matrix, Her, Dark City and S1m0ne. It’s a pity Blade Runner 2049 is hamstrung by its emotional disconnect and alienating storytelling. As a visual masterpiece it’s guaranteed to win a myriad of awards, demonstrating the finesse of the technical film-making. What makes it such a travesty is that the invisible aspects of this film weren’t given the same nuance and attention to detail. 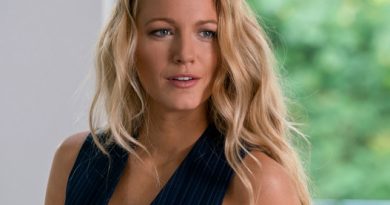