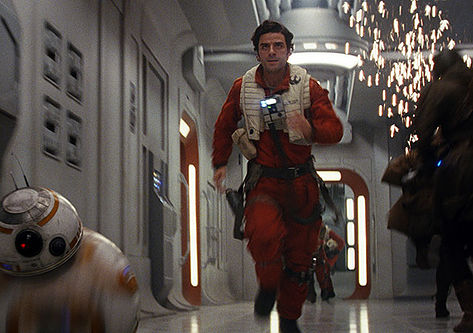 Star Wars: The Last Jedi is Carrie Fisher’s last film and the eighth Star Wars episode in the long-running and popular series. Director Rian Johnson, best known for Looper, is a sci-fi fanatic and makes a good argument for why he should be given the reins for another episode. Johnson manages to keep it in-line with the Star Wars universe, delivering a professional and polished product that is entertaining, playful yet respectful towards its origins.

The Last Jedi hinges on a deep space confrontation, yet zips around the galaxy with several sub-quests to uncover dormant relational dynamics and secrets of the Force. Harnessing some surreal mind games and jetting between an island and spacecrafts, the contrasts are stark and the characters are many… cramming in a large ensemble, which is almost as sprawling as the epic space story. Somehow Johnson manages to keep everything tied down through adept storytelling, picking up after the events of The Force Awakens without flinching.

Star Wars: The Last Jedi boasts an ever-widening cast of up-and-coming talents and some more experienced campaigners. Daisy Ridley, John Boyega, Adam Driver, Oscar Isaac, Domnhall Gleeson and Kelly Marie Tran head up the next generation of Star Wars talent, after a successful outing in The Force Awakens. Ridley is tougher, more determined and eager to unlock ancient Jedi secrets as Rey. The charming Boyega teams up with a surprisingly at home Tran to head up a typical Star Wars subplot. Driver has a more complex disposition as Ren as he continues to fight for his place in the universe. Isaac becomes more like Rick Hunter from Robotech as Poe, while a menacing Gleeson becomes everybody’s favourite fall guy.

Giving the young ones hell are the senior Star Wars icons with Carrie Fisher given more prominence in her final performance as Leia and Mark Hamill reprising his role as an older, grumpier Luke Skywalker. While many of the old Star Wars guard aren’t as prominent in the voice-over department anymore, they’ve supercharged the film with new voice talent and brilliant actors such as Mr. Mo Cap himself in Andy Serkis, Lupita Nyong’o, Benicio del Toro, Gwendoline Christie and Laura Dern.

The soundtrack is a major component of any film and John Williams continues to bolster the franchise with the signature sound of Star Wars. The sound design is excellent as you’d expect and so are the visual effects, which are eclectic, epic and ever-present moving from one impressive action set piece to another. The range of design is real to cartoonish and while there are some moments… or some creatures that threaten to break the suspense of disbelief, The Last Jedi’s balanced entertainment value manages to smooth over blips with some good laughs. It’s surprisingly funny and laces some insider humour and tongue-in-cheek comedy to good effect.

It seems the long-running franchise is getting a slow-burning revamp. While The Force Awakens had a number of familiar elements that bordered on laughably similar to previous episodes, it appears that Disney’s Lucasfilm are going with a safe approach, opting to integrate an echo from the past instead of reinventing the franchise. Something borrowed, something new is probably the best way to appease die hard fans and newbies and this is exactly what they’re doing by paying homage to the old stars, who flourished in a different age in Hollywood, while keeping things contemporary for new audiences. The light sabres and Star Wars universe have been integrated into pop culture to the point of cliche, which explains why the latest episodes have been more geared towards comedy.

While it’s jam-packed with eye-popping visuals, full tilt action and some great comedy… the substance is sustained through thematic content over emotional development. The screenplay carries some timely and heroic themes, offering some wisdom through snippets of smart dialogue. While this covers for the arrested development, it makes the production a bit cold and clinical rather than spirited and magical. The Last Jedi moves at a good pace as several subplots converge, using some choice moments to address contemporary issues around the treatment of animals. This political undercurrent is noticeable but not to the point of distraction.

Star Wars: The Last Jedi is not as soulful as you’d want, but delivers full spectrum entertainment and ranks as one of the better Star Wars movies.. 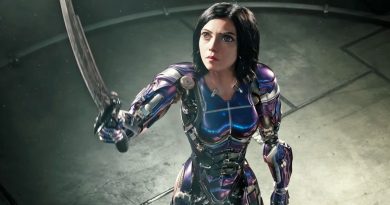 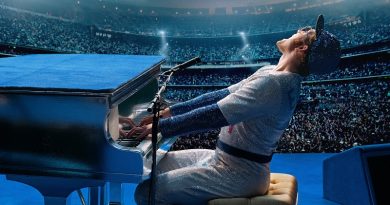 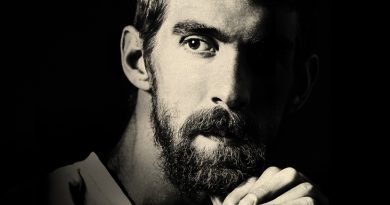 Movie Review: The Weight of Gold