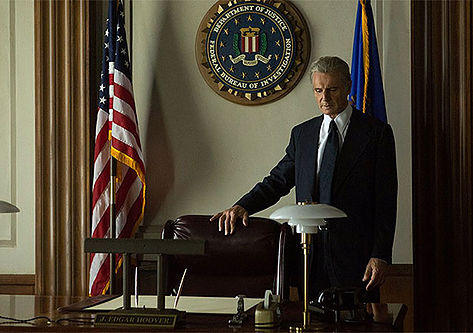 In an age of outrage, where fake news runs rampant, newspapers are asking for donations to keep their integrity and presidential elections are swung through social media, it seems more important than ever that we inspire truth, accurate reporting and justice. All the President’s Men covered the Watergate scandal a few years after the news broke and Nixon resigned, a timely and intrepid investigative drama, starring Robert Redford and Dustin Hoffman. Spotlight recently brought the same historical intensity to the Boston Globe’s investigation into the Catholic Archdiocese.

This was followed up by The Post, starring Tom Hanks and Meryl Streep, which recently dramatised a similar age and long-running presidential scandal from the Washington Post’s perspective. Now, followed closely on its heels is Mark Felt: The Man Who Brought Down the White House, a film broaching the Watergate scandal from the perspective of the FBI, shortly after J. Edgar Hoover’s passing.

This Tom Hanks-produced drama shifts the spotlight to one of America’s most celebrated whistle blowers, as if trying to draw comparisons between Trump and Nixon. This elegant biographical historical drama is a breath of fresh air for Liam Neeson, who has become known for thrillers. He’s a tower of a man, somewhat subdued here and made up to look something like the personification of an American eagle, the US symbol associated with justice. Donning white hair and a cigarette, he appears even more distinguished and stately than usual, taking on the role of Mark Felt, the man better known as Deep Throat.

Mark Felt: The Man Who Brought Down the White House has a broad cast of underdog actors, who look perfectly placed behind-the-scenes at the FBI. Josh Lucas, Tony Goldwyn, Diane Lane, Bruce Greenwood, Michael C. Hall, Tom Sizemore, Eddie Marsan… the ensemble is filled with recognisable faces, each bringing their usual stoic consistency. Chiming in with single scenes to more substantial supporting roles, there’s a quality to this web held together by yet another in-charge, determined and controlled performance from Neeson.

The film grapples with the political twists-and-turns between the White House and FBI shortly after J. Edgar Hoover’s passing. While not as densely scripted as The Post, it struggles to leverage the tension and gravity of a man taking a stand and risking it all. Landesman is intent on keeping this slow-burning political drama rooted in history rather than Hollywood, making some of the decisions geared towards infotainment rather than entertainment. Mark Felt is handsomely mounted, taking the time to tip the hat to Edward Hopper artworks, making it a cut above.

While Neeson is committed, the biographical exploration seems worthy and its swathed in some All the President’s Men mystique, Mark Felt comes across as a bit too procedural. One isn’t able to permeate the biographical element of Felt whose locked up and secretive disposition doesn’t offer up much about the man behind the FBI shield. A subplot designed to pack emotional weight and draw out greater vulnerability doesn’t quite pan out, making this film interesting but a little uninvolving.