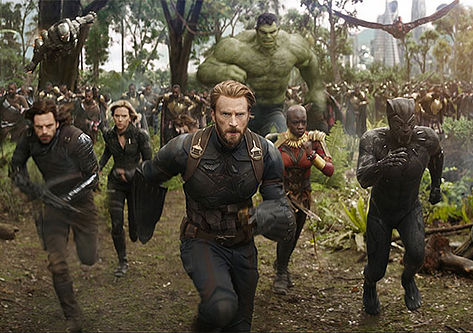 Avengers: Infinity War is a much-anticipated superhero blockbuster, the third installation in the series, blending the worlds of The Avengers and Guardians of the Galaxy within the Marvel Comics realm. In this sequel, directed by Anthony and Joe Russo, the Avengers and their allies must be willing to sacrifice all in an attempt to defeat the powerful Thanos before he puts an end to the universe.

It’s been a decade since Jon Favreau directed Robert Downey Jr. as Tony Stark in the first Iron Man, a bold risk at the time and to say it’s paid off in a big way is a severe understatement. Nowadays, CGI-bedazzled Marvel superhero movies dominate the box office, continually breaking records as one achievement dwarfs another and Stan Lee racks up more cameos than Alfred Hitchcock. Many probably wouldn’t have guessed Iron Man would inevitably become team leader, but if he’s custom designing Spider-Man’s suit… then who are we to argue?

Avengers Assemble, The Avengers… whatever you call it, the series has been built on stellar ensembles, visual effects labyrinths, dizzying action sequences and all-round entertainment. While Tim Burton’s Batman now looks like a pantomime in retrospect, the superhero subculture has become colossal in terms of box office numbers and merchandising to the point you’re actually surprised when Avengers themed socks don’t come in adult sizes. The latest effort, Avengers: Infinity War, takes the spectacle a step further with visual effects clustered into almost every frame, creating a series of distant worlds for the story to unfold… not unlike Star Wars. Fans of the Avengers franchise will be pleased as everything the series has promised, continues with some ground-shifting repercussions.

This is a star-studded and broad film, trying to encapsulate many big Hollywood names into one monolithic beast of a movie. It’s quite staggering in terms of star power when you consider just how many actors have served as leads in their own respective films. Robert Downey Jr, Benedict Cumberbatch, Mark Ruffalo, Chris Hemsworth, Josh Brolin, Chadwick Boseman, Chris Evans, Chris Pratt, Idris Elba… the list goes on. While the film is jam-packed with name stars, it’s really Downey Jr as Iron Man, Hemsworth as Thor and Brolin as Thanos, who wield the most narrative power. The actors continue their character trajectory from their previous films, but apart from Brolin as Thanos, none really have enough screen time or focus to get a grip – making it a real team effort with several squad leaders.

Avengers: Infinity War is entertaining, funny and eye-popping, turning action into art and trying to capture the essence of epic with each twist-and-turn. It maintains the same comedic undertones as its forerunners, adds some fresh dynamics with a new wave of “Warcraft”-styled henchmen, the mingling of the Guardians of the Galaxy, and treats Thanos as a complex lead rather than simply writing him off as a hellbent villain.

Unfortunately, while colourful and enthralling as one would expect, this wildly ambitious undertaking has its flaws. It’s no secret, the film is ambitious… over-ambitious even, trying to meld two big, similarly poised superhero franchises and a host of superheroes with their own movies. Watching Avengers: Infinity War, assumes you’re familiar with the Marvel universe… and have at the very least, watched the two preceding Avengers films. It isn’t a standalone film, leveraging origin stories over the last decade to effect the illusion of depth and fleshed out characters, who you know based on previous standalone introductions. This required viewing gives Avengers: Infinity War more stability and emotional torque to throw itself headlong into cataclysmic action.

Having a CGI villain at the helm is probably one of the film’s boldest decisions, but through storytelling dexterity, it manages to give Thanos the hot seat as he goes about his infinity stone collection. While Brolin gives the ominous Thanos authority and the CGI is good enough to reinforce his presence, he’s aloof and untouchable. The characters are spread thin, so thin that Avengers: Infinity War becomes more about style than substance – making it simultaneously about everything and nothing. The fantasy element is so overblown and green screened that the film becomes detached and alien, losing touch with reality as visual effects become the playground for our heroes.

The surreal barrage of all-out audio-visuals keep you stimulated for two and a half hours, but tracking the individual characters, overarching story line and sensory experience does become rather overwhelming. Avengers: Infinity War is a blockbuster for Hollywood as we know it, delivering heaps of style, loads of eye candy, re-imagined pop culture and pulpy escapist entertainment that showcases film-making technology, elevates faces and celebrates loud and ostentatious. It may not have film finesse, but demands our attention, overpowers our senses and takes us hostage long enough for Stockholm syndrome to kick in. It’s a triumph of film-making and brand imperialism, but as big and impressive as it is looks and sounds, one can’t help but feel it’s a bit hollow. 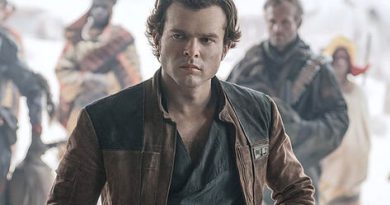 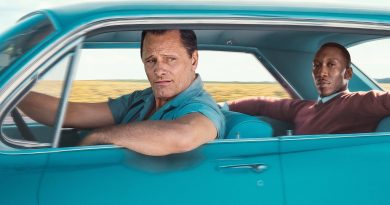 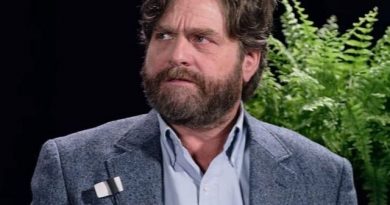