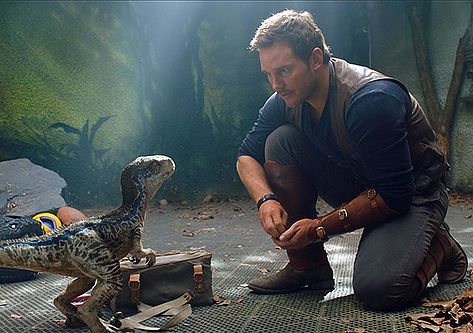 The first Jurassic World was a reboot for the Jurassic Park franchise, creating a new dinosaur theme park and taking full advantage of the current trend of cheesy, over-the-top monster movies. The latest franchise seems more geared towards adopting its theme park’s sense of fun and wonder, rather than going Spielberg serious. In fact, one could argue that Spielberg’s long game is a slow-burning conversion from Jurassic Park to Dino-Riders. You may have to ask your parents about that one and will probably be able to determine whether they were influenced by Jurassic Park if they get excited by anything T-Rex or bought the Night at the Museum collection for “you”.

The revamped monster flick tone is exemplified by the casting of Chris Pratt, a cheeky and charming actor who seems to be a blend of the late Steve Irwin and Indiana Jones. A dinosaur whisperer and an action man, he’s blending the best of both worlds with a maverick attitude – nothing to do with Top Gun.

The sequel continues this trajectory in terms of its tone with Bryce Dallas Howard reprising her lead role as Claire and the raptor, Blue, stepping up as the primary dinosaur character. Thankfully Blue doesn’t have any lines and Howard isn’t outrunning a T-Rex in high heels this time, adopting a much more action-ready disposition. While she’s more aligned with Claire from Resident Evil, she’s taking responsibility for the environmental consequences of the failed theme park. The rest of the Jurassic World ensemble is charming, full of beans and adept when it comes to embracing the intoxicating mix of comedy and thrills… not just the guy who looks like Ryan Reynolds and Sam Rockwell’s evil lovechild aka Rafe Spall.

The latest installation is entertaining, thrilling, quick-paced and spectacular with cutting-edge CGI delivering dinosaurs with weight and presence. While the majority of the film sets its course on a new path, we get to see the dinosaurs up close and personal… pushing the visual effects to the next level and permeating almost every scene. At over two hours, its a fairly relentless Jurassic experience – peppering the running time with great one-liners and non-stop thrills. The adventure does encounter some speed bumps under mostly steady direction from J.A. Bayona, but manages to stay on the rail through several loops.

Jurassic World: Fallen Kingdom is quite loud and a little contrived at times, forcing you to just go with it’s particular fun house brand of sci-fi action adventure. It’s not your typical Jurassic Park film, but simultaneously manages to load Apocalypse Now references and an environmental message. The journey is enjoyable, the sequel largely continues the same objectives of Jurassic World and adds up to a fun time at the cinema, ultimately serving as a launchpad for the inevitable Jurassic World 3 (claw scratch III). There’s definitely a Planet of the Apes undertone at play, but hey – dinosaurs are people too, especially in the sweded version. 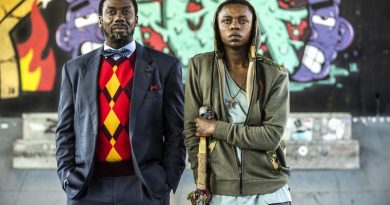 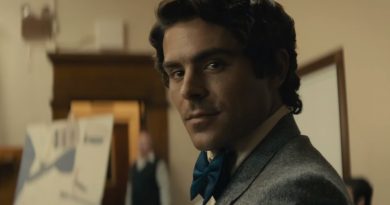