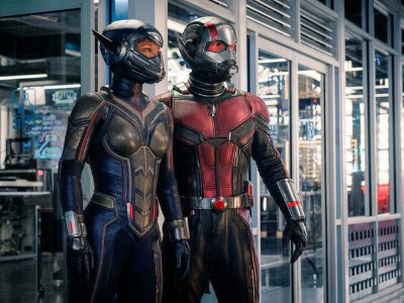 Ant-Man & The Wasp is the sequel to Ant-Man, continuing a surprising departure from Marvel’s usual superhero formula, to deliver something akin to a heist film framed by a strong science fiction element. The Incredible Shrinking Man, a classic sci-fi film from the ’50s demonstrated the amazing cinematic spectacle that can be achieved through contrasts between big and small. These surreal elements translate very well into creating blink-twice spectacle, but they also have great strength in terms of comedy. The scale dynamic is quite hilarious when you ordinarily reverse size proportion or subvert innate qualities – think giant inflatable hammer. Having realised that the Ant-Man story has to balance worlds of epic and comedic proportions, the filmmakers have found their groove with the actor-director duo of Paul Rudd and Peyton Reed.

Taking place a few years after the events of Ant-Man, it does take some time to pick up the pieces as the original team deal with some of the fallout from Captain America: Civil War. Scott Lang’s home arrest, budding relationship with his daughter and signs of cabin fever make a curious entry point as we come to understand the unfurling of his choices with his compatriots trying to hold the new security company together. Instead of simply making it a case of rinse and repeat, the filmmakers have augmented and unpacked the screenplay to give focus to some of the subplots from the first movie. While we get a greater understanding of Scott Lang’s world as a reluctant superhero, the screenwriters recognises Rudd as a deflective actor, keeping it lightweight, fun and spirited instead of introspective. In many ways, Ant-Man & The Wasp is just as much a romantic comedy as it is a crime thriller… dealing with Scott’s position as a single parent whose “hermit” life is given new meaning by an old flame in Hope, while Hank engages on a quest to find his wife after her disappearance.

Continuing the trajectory of Ant-Man, the new generation Wasp proves to be a worthy equal-opposite. While this is still Ant-Man’s story, Ant-Man & The Wasp has turned into more of an ensemble effort with a strong supporting cast including: Michael Douglas, Evageline Lilly, Michelle Pfeiffer, Hannah John-Kamen, Michael Peña, Walton Coggins and Laurence Fishburne. The beauty of Paul Rudd is that he’s not a typical leading man, who would probably be the first to admit it. Having an unassuming yet likable lead means that there’s opportunity for self-deprecation style humour and enough space for everyone to shine, making it a real team effort. This means the supporting cast become much more important and the screenwriters have made it a family pot for the X–Con sidekicks, shady businessman, Sonny, and complex paradigm-shifting new villain, Ghost. Randall Park deserves a special mention for putting a handle on one of the nicest and most awkward parole officers in Jimmy Woo.

Ant-Man was spectacular, combining multiple worlds and doing a remarkable job of seamlessly holding it all together. The sequel does all of this and more, going much broader in terms of the science fiction and more inter-dimensional. Moving from flyweight to heavyweight in a heartbeat, the dexterous Ant-Man & The Wasp has to be both nimble and titanic at times, blending multiple dimensions into one film. This is a laugh-out-loud funny film, which isn’t afraid to lampoon itself, taking the edge off some of the less inspiring visual effects and contributing to the overall entertainment value. Comparable with Stakeout, a classic cop comedy with Richard Dreyfus and Emilio Estevez, this is one of those all-rounders that includes suspense, stars, comedy, hijinx and plenty of wink-wink fun. Obviously the guys from Stakeout didn’t have Lang or Pym’s crazy superhero suits to up the ante but in terms of pure entertainment, it’s in the same ballpark.

Ant-Man & The Wasp isn’t afraid of being goofy, allowing the madcap antics of the first chapter to continue effortlessly into the second. Paul Rudd is the figurehead for the Ant-Man series and the filmmakers have taken full advantage of his unique star quality, using his offbeat sense of humour and underdog status to great effect and allowing it to permeate through the rest of the film. The relational dynamics and on-screen chemistry make Ant-Man & The Wasp a cut above.

It’s enjoyable to watch in terms of the eye-popping visual effects, entertaining thanks to the colourful array of characters and crowd-pleasing thanks to the romantic comedy undercurrent, which keep things bubbly, funny and upbeat, never taking itself too seriously. Every character is invested in the film, testament to the sharp writing from the same guys that wrote Spider-Man: Homecoming and the outworking benefits the rich and layered interplay, despite the tongue-in-cheek tone.

Ant-Man & The Wasp’s underdog mode, charming interplay, curious “bag of money” game play and effervescent tone make Ant-Man & The Wasp a joy to watch. Without any egotistical big-name stars to appease, it’s a real team effort and everything pulls together quite magically to create yet another divergent yet impressive Marvel film. Imaginative, fun, hilarious, naive and zippy – this is a film worth watching again, which is made in such a way that it parallels the original with crowd-pleasing verve and loads of heart. If enjoyed Ant-Man, you should make a point of seeing Ant-Man & The Wasp. 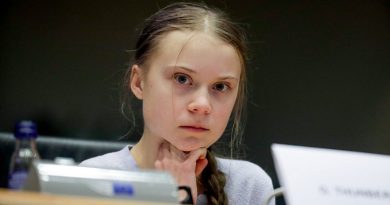 Movie Review: I Am Greta