Once upon a time in a Danish carpenter’s toy workshop… gradually transformed from wooden toys into the production of plastic interlocking bricks in 1949. Derived from “leg godt”, which means “play well”, Lego became the name for the toy turned global phenomenon encompassing films, games and amusement parks. Used by artists, teachers, medical professionals and even NASA – the legendary building-block empire continues to expand its subculture through passionate designers, loyal fanatics and waves of nostalgia.

Having grown up with Lego, it’s easy to see the mass appeal for young and old, as classic Space and Medieval theme sets and minifigures have evolved over time to incorporate pop culture movements such as Star Wars, Lord of the Rings, Transformers and Super Heroes. Former kids are turning into nostalgic parents wanting to pass on the same creative building ethos, which is driving the demand for Lego and its ever-widening spectrum of entertainment.

The Lego Movie was one of the best films in its year, using stop-motion visual effects to create a story that captured the love for building in a Lego world of cross-pollinating film franchises. Suddenly popular characters such as Batman, Gandalf and Han Solo could co-exist in the same dimension with hilarious consequences. Ironically, the brainwashing theme tune “everything is awesome” came to represent the film’s critical and commercial success.

Coupled with a strong response to Will Arnett’s take on Batman, a The Lego Batman Movie spin-off became inevitable. Both animated family films are colourful, fast-paced, funny and surprisingly thought-provoking for plastic toys! Lego inventor Ole Kirk Christiansen must be smiling down on the widespread, long-lasting appeal and positive influence his toy workshop continues to have on 20th, and now 21st Century generations.

Actualities – A Marilyn Monroe of 1901 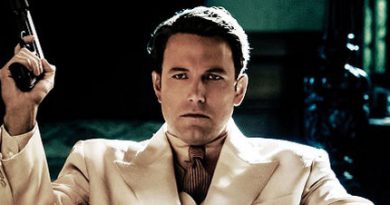