Mile 22 isn’t an Eminem sequel but another collaboration between actor–director duo, Mark Wahlberg and Peter Berg. Having worked on Lone Survivor, Patriots’ Day and Deepwater Horizon, the ‘Bergs have a good working relationship as evidenced by the quality of their collective. While their efforts have been noble, depicting real-life heroes on the back of powerful true stories, Wahlberg is becoming a bit typecast and the productions are becoming a little predictable. After a number of successful outings with Wahlberg headlining, they’ve decided to mix things up a bit with their latest offering, the innocuously titled, Mile 22.

The tried-and-tested ‘Berg formula has worked so far, but you get the impression that both actor and director needed to spice things up. Mile 22 is exactly that, giving Wahlberg a chance to get to grips with a character that doesn’t simply rely on him playing an altruistic version of himself.

Instead of the usual everyman, he is depicted as a prodigy of sorts, diffusing the title of flat-out genius by making him out to be a socially awkward, yet an immensely gifted special ops team leader, James Silva. Starring opposite him are The Walking Dead’s Lauren Cohan, The Raid’s Iko Uwais and Mr. John Malkovich. Cohan grows on you as the action-ready Alice Kerr, Uwais is compelling as a dark horse while John Malkovich does his thing with one or two twists.

Essentially ghosts, they operate as mercenaries under the instruction of external forces wishing to combat and thwart terrorist factions without any flag-waving. Wahlberg was the wisecracking detective in The Departed, a role that seemed to resonate for many, which showcased the actor as a tough, no-nonsense brawler with a motormouth. As if trying to tap into this state of mind, he has foregone the family man turned hero image to become a curt, insensitive, no-nonsense, do-it-my-way elite squad team leader.

“It’s been hell. Don’t make me send you there.”

Much like a mascot, Wahlberg’s character’s unique disposition informs the overall tone of Mile 22. While the duo have essentially delivered another action thriller, the edit makes it quite refreshing. Operating almost as an extension of Wahlberg’s personality, it takes some some time to adjust. The quickfire edit, lack of spoon-feeding, discordant hits, trail of clues and squirrelly sense of continuity make it seem quite experimental. Mile 22 is so zippy that it almost demands your full attention, which should appeal to a generation that is constantly distracted by the many screens in their lives. The trail of breadcrumbs keeps your mind stimulated, trying to pick up on the bits-and-pieces of characterisation and back story, while the explosive action set pieces pump up the dopamine levels.

Mile 22 is also unique in this respect, delivering visceral action experiences. Violent, brutal, realistic and spontaneous, they are relayed like kick-ass highlight reels. Taking down hives of bad guys, there’s a first person shooter video game influence as the special ops team, come under fire. Moving from the safety of the embassy through the streets of Indocarr City to the drop, they encounter waves of attack from groups of mercenaries. Reigniting the Russian threat to the United States in the aftermath of Trump’s election, the action thriller takes place in a fictional city, which one would probably guess is based on Indonesia.

Centring on an international threat involving a mysterious police officer, the special team set up their operations in order to move the “package” out of the country in order to escape the government and political factions that want him dead. While a fairly simple story, the political intrigue, frame of reference, choppy style and visceral action set pieces, separate it from more conventional action thrillers. Mile 22 could have been a television series, in the same vein as The Blacklist, but owns its cinematic space thanks to the production values and its experimental edge.

Mile 22 could have been a lot more adventurous in terms of tying the story to real-life events, but serves as an unusual yet satisfactory outing. There are a few turns that could have used more thought, it doesn’t tie the bow neatly and it is somewhat alienating in its jagged execution, but as a hard-hitting action thriller it earns its stripes, pulsates with thrills, keeps you guessing and offers something refreshingly different with enough star power to give it the benefit of the doubt. 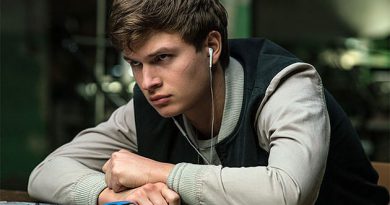