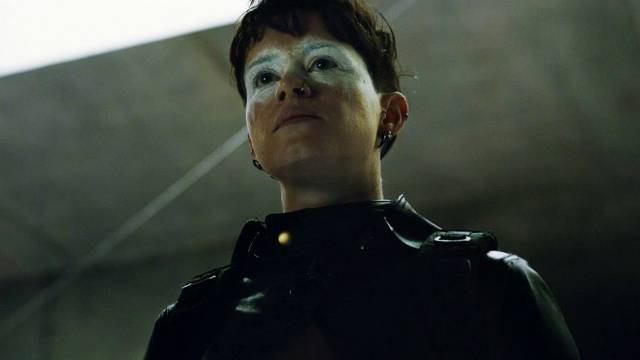 The Girl in the Spider’s Web is a strange creature, based on a book that continues the Millenium series, which wasn’t written by the original The Girl with the Dragon Tattoo author, Stieg Larsson. This sequel to the immensely popular trilogy was penned by David Lagercrantz, who picks up where the late Larsson left off, trying to carry the spirit and legacy of Salander much like some have done for Ian Fleming’s Bond.

While a continuation, the adaptation to film seems equally adrift from the franchise, serving as a sequel spin-off. The original Swedish The Girl with the Dragon Tattoo trilogy is still the standard by which other films in this series are measured, despite David Fincher’s attempt to reclaim the dark hacker mystery thriller for Hollywood under Rooney Mara.

The Girl in the Spider’s Web has been entrusted to horror director, Fede Alvarez, who delivered the stylish and equally terrifying Evil Dead remake and Don’t Breathe. It’s an inspired choice, which unfortunately hasn’t panned out beyond sweeping vistas and compelling, artful visuals. Picking up in her youth, we learn of Lisbeth’s troubled father and sister, who she abandoned. Years later… the young hacker finds herself caught in a web of spies, cybercriminals and corrupt government officials.

Claire Foy is a phenomenal actress, who is yet to disappoint with a string of solid to excellent performances in Breathe, First Man, Unsane and The Crown TV series. While not quite the first person you’d expect to play the role of Lisbeth Salander, she is more than up to the task, giving the character more of a tomboyish charm and a rugged determination. Apart from another serious role from Stephen Merchant, she’s supported by a cast of relatively unknown actors in a prim and handsome Lakeith Stanfield, Blade Runner 2049’s Sylvia Hoeks as Camilla Salander and Borg vs McEnroe’s Sverrir Gudnason as Mikael Blomkvist.

Somewhat displaced and tripping into an alternate franchise universe, this Scandinavian crime mystery thriller is treated more like espionage geared towards action adventure over the mystery drama of Stieg Larsson’s novels. While entertaining, explosive and peppered with exciting action sequences, something is missing… The filmmakers haven’t given the back story enough weight, relying more on the hacker-turned-super-spy’s skill set, rather than engaging with the dark heart of the brooding, political, soul-searching series.

Using a very sparse script, the basic story line hinges on action and sibling rivalry rather than the politics of the day and it just seems like the film is simply trading on the reputation of the edgy lead character and dark, pensive tone of The Girl… series. To make matters worse, many of the action sequences are contrived to implausible – making it seem like the super spy hacker is either incredibly lucky or has some latent superhero abilities.

The Girl in the Spider’s Web is never boring, driven by a headstrong lead performance that serves to anchor the loftier moments, but it still struggles to build substance… forcing one to rely on the style, visual splendour and Bondesque plot over grappling with the untapped depth of character at its core. Lisbeth Salander isn’t the next Bond and this move seems like a betrayal of the tough, streetwise hacker character.

While the production values add merit and Alvarez has a good eye for what works visually, there’s a hollow and tinny feeling beneath the aesthetic appeal of The Girl in the Spider’s Web. Perhaps the “not the real deal”, “let’s do another one for the money” nature of the novel spilled into this looks-the-part sequel.