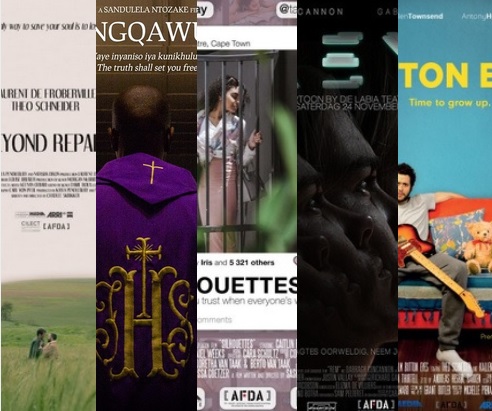 This year’s AFDA Graduation Film Festival 2018 in Cape Town, Johannesburg, Durban and Port Elizabeth was characterised by short films that dealt with themes centring around abuse, crime and sexuality with many focusing on the abuse of power from a figure or institution of authority.

While the dark and serious tone underscored the majority of the films, this year’s election was strong, making it anyone’s guess as to which the would take top honours. Serving on the critics panel for the fourth year running, Spling has made it something of a tradition to review his top five short films from the Cape Town leg of the festival. 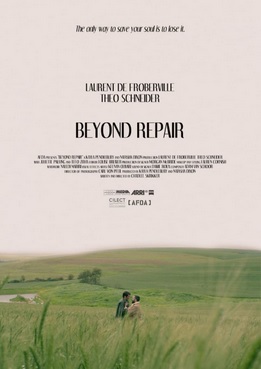 Beyond Repair is a coming-of-age drama, which tells the story of a ritualistic cleansing society of young men who gather to set gay men straight. Akin to a gangland beat down, with some echoes of Fight Club and A Clockwork Orange, gay men who have been voluntarily committed to the group find themselves bruised and battered. Trying to break them down to rebuild them as heterosexuals, things don’t go to plan.

This short film features a mesmerising and acapella infused soundtrack, which complements the beautiful pastoral setting and vivid cinematography. Beyond Repair has a fairly timeless feel to it, using the French language and a classic American pickup truck to displace it in time and place. Breathtaking cinematography makes for eye-popping visuals while the otherworldly soundtrack gives the space a surreal feeling. An excellent and almost unrecognisable performance from Theo Schneider as Falkner compels this serene film, driving against the natural beauty and closing with a deeply humanistic twist.

Based on a folktale, adapted for modern audiences and given a twist to add more sympathy for the lead character, this bold retelling is immersive and powerful. Suspended between fable and hard reality, an uncle and his niece become the central figures in a township tragedy. Hailed as a prophet, the community leader is pressured by locals when a drought seems destined to disrupt the livelihood of an entire community.

Orphaned and an oddball, the young girl taken in by her uncle becomes a pawn for his own well-being during the water crisis. He persuades her to be a herald for restoration to convince the community to let go of their material possessions in order to appease God based on a dream.

Beautifully shot, well-acted and lovingly edited, Nongqawuse is a gritty and immersive social drama – a realistic portrayal of a cautionary tale. Adapting it to film and seeking to reclaim the story, set against the mistrust of a high-ranking religious figure, this film is a paradox, serving up a beautifully realised translation about the inherent ugliness of those that abuse their power. While the allegory has far-reaching spin-offs and could be criticised by those wishing to keep the blame focused on the young one, it’s a brave and powerful retelling. 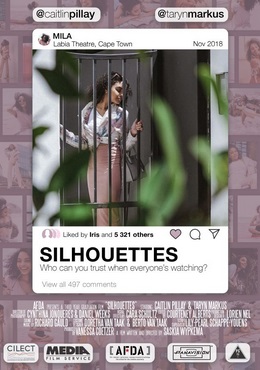 Social media has run rampant in modern society, creating a whole new dimension for social engagement. Silhouettes lands in the middle of this conversation, with a specific focus on the idea of privacy and how it relates to the alienating effect of superficial friendships on these platforms.

A popular and photogenic girl with a considerable following becomes the obsession of a fan, who finds an opportunity to cultivate a friendship. Using smart visual effects to translate the social media engagements, and through the use of sharp editing, this well-paced short film is a subversive social commentary and dark comedy thriller.

Good casting and sleek cinematography work together to compose a timely and even harrowing film about social media fame, stranger danger and the superficial nature of modern relationships. Good performances, an elegant apartment and a simple yet effective thriller, Silhouettes manages to reflect society in a satirical and unsettling way.

It’s unusual to see an Afrikaans language science fiction film. After REM, one can see that there’s definitely scope for more contemplative, elegant and emotional films in the language. A radical technology, which requires users to plug-in to a system that takes you into a dream state where anything is possible, allows a widower to engage with his deceased wife and come to terms with her death. Leaving her husband and son behind following her tragic death, they are left to fend for themselves, still trying to come to terms with the loss and struggling to move past the emotional block.

Much like Inception, this film is characterised by effective editing, sleek cinematography and a clinical dreamlike state. Solid co-lead performances and subtle yet realistic visual effects help realise this not too distant future and serve as a platform to unpack a man’s memories and submerged sense of guilt and regret. Touching, well composed and thoughtful, REM is a finely calibrated production that moves with poise and subtlety.

Button Eyes is a comedy drama with dabs of romance about a struggling musician who discovers he’s on the cusp of fatherhood. Good timing, a colourful pastel palette and a strong comical lead performance drive this peppy comedy about parenthood. Using a teddy bear as a mascot for the new arrival, a young man struggles to deal with the promise of new life, the burden of awakened responsibilities and the death of his old self.

Funny, squirrelly and employing a bouncy tone, this deceptively simple comedy is full of character and grapples with the fears and uncertainty faced by a prospective father, almost the antithesis of Eraserhead. Quirky, offbeat and shot with a contemporary feel, it moves with a manic spirit and plenty of heart.

Other Cape Town short films that are recommended… Mej. Twisfontein, Ntando, Mapenzi Ya Dhati, Tides, The Band with No Name, All My Love, SEED and Seapoint 280SL.

Other AFDA short films from other campuses worth checking out… Silent Men, Sunset Exodus and Isikhalo: The Outcry.

Neill Blomkamp is Changing the Game with Oats Studios 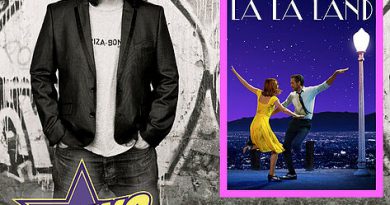 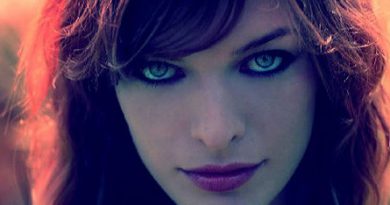