Cold Case Hammarskjöld is an investigative documentary from writer-director Mads Brügger. The Danish director teams up with Swedish private investigator Göran Bjorkdahl in trying to solve the decades-old mystery of Dag Hammarskjöld. The Secretary-General of the United Nations was killed when his plane went down near the town of Ndola in a mining region of the Congo in 1961. While an official inquest was made into the untimely passing of the influential political figure, which captured the world’s attention, much suspicion lingered around the nature of the plane crash.

Having received a damaged sheet of metal from his father, believed to be a part of the plane now buried near the Ndola airport, Bjorkdahl took it upon himself to investigate further, turning a hobby into a lifelong quest for truth. After getting behind Bjorkdahl’s efforts with six years of research and preparation, Mads Brügger took the quest a step further by turning it into a documentary. Starting in a hotel room, dressed in white like the primary villain and dictating many of his thoughts to either one of his secretaries, it’s a quizzical start to an equally eccentric documentary.

Interviewing Ndola locals who witnessed the incident in 1961, attempting to recover remnants of the aircraft and unearthing investigative documentation pertaining to the crash, Brügger gathers a web of varying accounts and theories as to what really happened. Surprisingly, he gets an honest and even disturbing overview of what may have actually happened with some of the interviewees more at liberty to speak openly more than 50 years on. Some using it as a cathartic confessional experience, others trying to obscure the truth further… it’s a fascinating discovery of clues and contacts that lead them down the rabbit hole. 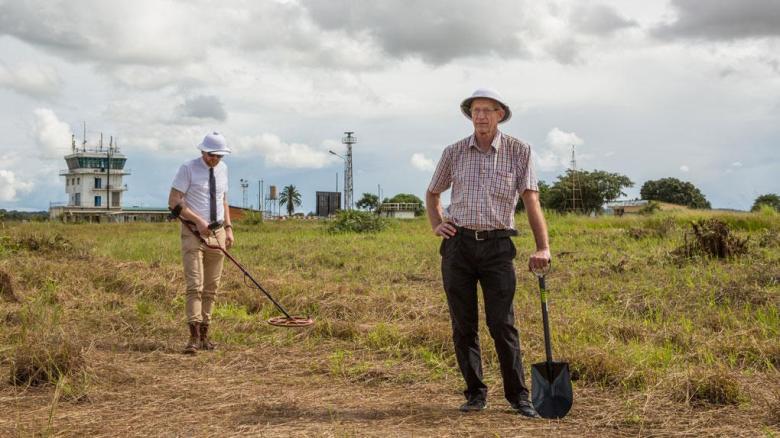 Hunting the would-be assassin to Belgium, the trail leads back to South Africa, where a clandestine organisation seems to hold cryptic clues surrounding the Hammarskjöld case. From news and magazine articles of the time, the documentarian builds a list of names from secret files that were first uncovered during the Truth and Reconciliation Commission. Spiraling further down the rabbit hole, Cold Case Hammarskjöld is one of those stories that seems stranger than fiction, which undulates between reality and fiction as the quirky Brügger tries to make sense of it all. Disturbing interviews, dark conspiracies and a whimsical yet deadly serious tone, Brügger picks up on scraps turning a historical assassination investigation into a much darker and more contemporary thriller.

Phone calls, one-on-one interviews, the globe-trotting adventure takes the duo across Africa and Europe in hunt of answers. Using archival footage and photographs, long-buried documentation and some curious interviews with those connected with the incident and secret organisation, it’s a wild and almost unbelievable ride. Experimental in nature, shifting between Brügger’s narration, hotel room and in-field reporting, it’s an entertaining film, which progressively becomes more and more intriguing and complex. While the documentarian struggles to pin things down beyond key witness accounts and some sketchy yet revealing secret documents, the information he uncovers is riddled with question marks and juicy enough to compel other similar investigations.

Cold Case Hammarskjöld’s story could be adapted to film, dealing with an incredible, despicable and dark conspiracy that is so twisted it seems safer to let it hover between the realm of reality and fiction. While admittedly, Brügger casts light into a chasm without having absolute certainty of what’s peering back at him, it’s an entertaining and strangely bewildering documentary that will appeal to conspiracy theorists or anyone that enjoys a chilling mystery thriller.

The South African connection could have been a documentary in and of itself, yet fits neatly alongside his original investigative quest. An empire of lies, deception and lunacy seem to be the only way you could explain away the tragic and evil findings of Cold Case Hammarskjöld. While monumental in its own strange way, Brügger does preface the film with a spoken disclaimer saying that he could be uncovering one of the biggest and darkest conspiracies of all-time or churning mistruth into an elaborate yarn. Either way, this experimental and edgy documentary is gripping, thought-provoking, provocative and altogether unsettling. Let’s hope it prompts fresh investigation into the horrific claims and cover ups at its core. 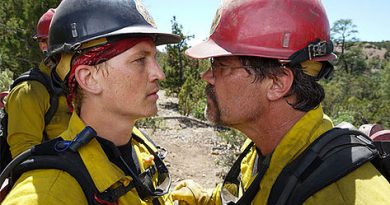 Movie Review: Only the Brave