This week, we’re talking about a political comedy drama, a coming-of-age comedy romance and a real-life drama thriller.

An eccentric journalist lands a job writing for his first crush, who has become one of the most influential women in the world.

– Charlize Theron and Seth Rogen are an unlikely couple, yet work surprisingly well on screen
– Rogen is in front of and behind the camera as director, liberally applying his signature brand of comedy, ranging from crude to stoner
– while referencing Pretty Woman, the match up is probably more in line with Notting Hill, operating in a political realm yet adopting a similar structure and dynamic
– laced with political satire around what it takes to win an election, toying with the idea of the first female president and operating with nerd gets the cheerleader optimism, it’s refreshing based on its unusual pairing and whiff of ’90s nostalgia
– Theron doesn’t really do much comedy, but demonstrates that she could be doing a lot more with one of her most playful, easy-going and amiable performances to date
– while Rogen delivers one of his most charming turns in recent years
– while infrequent, some of the comedy is risque and bound to offend if you aren’t used to Rogen movies
– charming co-lead performances, a curious mash up of comedy and some thought-provoking political ideas make for an entertaining and mostly enjoyable film
– while distasteful at times, Long Shot’s underlying message is noble and it’s always about the fun, making it easier to smooth over the intermittent indiscretions

A free-spirited woman in her 50s seeks out love at L.A. dance clubs.

– This modern comedy drama romance features yet another top performance from Julianne Moore
– dealing with a 50-something woman trying to find love, it’s a nuanced and intimate fly-on-the-wall comedy drama that sequences short sharp extracts from a chapter of her life
– finding new romance, allowing her kids to leave the nest and learning to set boundaries, it’s an entertaining and unpredictable character study
– veering from a strangely intense romance to comical dysfunction the film is precarious, teetering like it’s about to spiral out of control, maintaining an air of suspense
– Moore’s immersive performance compels this awkward little film, which has echoes of Shirley Valentine
– from nostalgic karaoke pop tunes to bizarre encounters, Gloria Bell moves at a clipped pace, keeping you transfixed, slightly disorientated and at a safe distance
– in some ways complementing Maps to the Stars, it’s an upbeat, exciting, daring and mesmerising comedy drama, which leans on Moore’s strong lead performance

22 July looks at the disaster itself, the survivors, Norway’s political system and the lawyers who worked on this horrific case.

– uncovering some of the nuances surrounding the nature of the political attack, 22 July gives context to the news event, its significance and intended effect
– Paul Greengrass directed Captain Phillips, making him well-suited to bring this harrowing real-life drama and terrifying experience to life
– while there was very little hope to be gleaned from this tragedy, it seesaws between good and evil, putting the perpetrator against the state and then one of the survivors
– Greengrass has an ambitious and challenging job, attempting to understand Brevik’s motivations, unpack what went wrong in terms of anticipating and responding to the massacre, and trying to grasp its impact
– while 22 July starts with some urgency, it does get bogged down towards the middle, somewhat slow-moving operating with a broad ensemble much like a disaster film
– watching from a docudrama perspective, it’s difficult to relate with any of the main characters, who remain aloof yet curious and the complexity
– while a fine production, it’s a relatively safe retelling, faithful in covering the main points, respectful of those involved yet tiptoeing its way through the tragedy without delving deep enough or offering enough insight into their progressive legal system
– just like its title, 22 July may be too subtle for its own good, yet remains necessary by virtue of its contextualisation and timeliness

LONG SHOT… a charming and kooky pairing entertain in this often funny, noble and twisted comedy… A satisfactory 6!

22 JULY… while safe and a bit slow-moving, its a complex, stoic, respectful, timely and well-acted drama thriller… A solid 7! 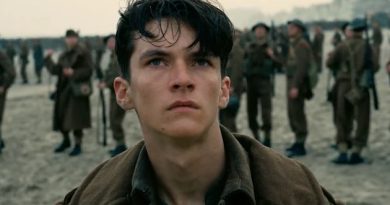 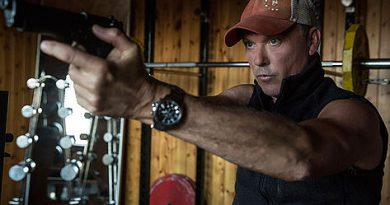 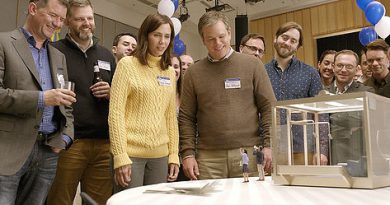