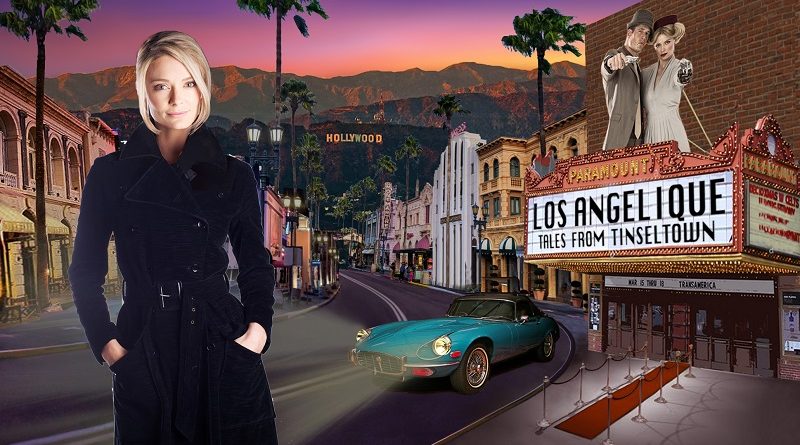 They say that home is where the heart is, but hearts can change and grow in unexpected ways.

I just remember how my heart skipped a beat on 21 January 2014 when I saw an email from my immigration lawyer with the subject line ‘Big News’. Following an arduous three-year process of gathering media, letters of recommendation, national income stats and just about any morsel of evidence I could find to suggest that I was in the top 2% of my acting profession – a peculiar thing to measure amongst artists in the first place – my green card application was finally approved! Since my first application was denied, the victory this time around was all the sweeter; all the more real; and all the more TERRIFYING!

Leaving a cushy life of safety and success behind to venture into the unknown is not exactly the kind of rational advice your parents offer during a Sunday family braai*. Especially not when ‘the unknown’ is literally on the other side of the planet.

So upon hearing this momentous news my parents handled it the best way they knew how: they made tea. After our rooibos teabags sufficiently drew they shared their thoughts. Pa, my risk-averse chartered accountant step-dad whose favorite saying is “Prevention is better than cure”, was surprisingly excited at the prospect of flying in my future private jet. Ma, who has always believed that I can walk on the moon, mainly feared that my heart might get ripped out by a serial killer from one of her murder mystery reality shows. My boyfriend seemed to have the most reasonable response: “Let’s get married!”.

I was torn: between the compelling allure of opportunity and adventure, and a fractured heart at the thought of leaving behind so many irreplaceable loved ones. At least the relationships with my close family and friends could be maintained via the various electronic platforms, but ejecting myself from a deep romantic relationship seemed counter-intuitive. Worse, though, was the potential regret over not taking a chance at reaching my full potential. So, I took the plunge! 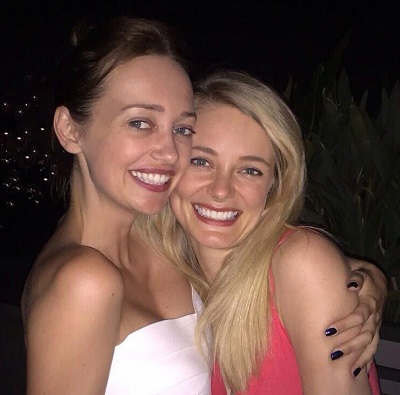 After a poignant farewell at Johannesburg International Airport, a twenty-nine-hour journey on two aeroplanes, eighteen hours of non-stop daylight and a thorough cross-examination at customs, I finally arrived at LAX with a pillow and two suitcases. Thankfully my sister-friend Sarah-Jayne (pictured above), originally from Port Elizabeth, who’d also recently made the leap, was there to meet me with a warm South African hug and smile. I felt right at home, except for the fact that she was driving her Tesla on the wrong side of the road and sounded completely American. Would that be me one of these days?

Over the course of the next week I would wake up for several hours in the middle of the night as my circadian rhythms found their way to normality. My mind, enveloped in silence, gradually digested the fact that I was thousands of miles away from the life I knew.

What better way to be initiated into my new country of residence than to prepare for arguably the most celebrated, quintessentially American holiday on the calendar: Halloween! Sarah-Jayne, her boyfriend, Amer, and I were invited to a high-profile industry party where acting agents, realtors, musicians and the like were showcasing their most daring alter egos. May I just say that Americans are masters at celebrating holidays. They strike me as having a very healthy and excitable inner child. You’d think that dancing in the Hollywood Hills with producers and starlets was thrilling enough, but it was a dramatic rainstorm that really charged this crowd. The deluge was biblical to these arid climate dwellers, who were experiencing their fifth year of severe drought. It was a sign – I’d brought this miracle with me! I was meant to be here!!

Cut to: waking up on a couch, alone, amidst the ruins of a mansion. My friends left the party early so I had to make my own way home. I simply had to walk to the nearest bus station, except I was still dressed as Batwoman. And there’s nothing that screams walk of shame louder than being the only fool to still be wearing their Halloween outfit from the night before. You’d think it wouldn’t be all that uncommon, but I quickly learned that IT IS. I mean E-V-E-R-Y-O-N-E was staring at me. Fantastic!

Could I picture a more awkward moment than that? Yes. Only a few weeks later when I had a full-blown breakdown at Target*. Over yoghurt.
When bombarded with hundreds of foreign food brands something as seemingly simple as grocery shopping on a budget can become surprisingly tiring and stressful. How I missed the convenience and familiarity of a Woolies* nearby… So when I was presented with only fat-free, starch-filled, sugar-laden yoghurt options it was one too many for this Banting* babe to bear. An acquaintance who offered me a lift addressed my distress: ‘Just choose one, it’s only yoghurt’. No no no, what he clearly didn’t grasp was that it was far from “only yoghurt”! When being presented with what seems like an infinite amount of newness: new surroundings, people, accents, TV commercials, banks, cell number, home, car, insurance, roads, franchises, brands, ingredients – all I craved was my familiar double cream Woolies yoghurt. Was that so much to ask?!

That first year was brutal, but humans are remarkably adaptable and resilient, especially with the help and kindness of others. These days I don’t even eat yoghurt anymore, as much as my heart once desired it.
Braai: an outdoor, social gathering that involves grilling meat – synonymous with South African culture. Target: an all-purpose department store that is the perfect example of a culture of convenience. Woollies: short for Woolworths, a chain of grocery stores in South Africa that I still miss with all my heart and soul. Banting: referring to the diet first created by William Banting, revisited by Atkins, that has taken South Africa by storm.

London-born, South African actress Angelique Pretorius started her acting journey with classical theatre training but shifted her focus from stage to screen to become a prominent actress in TV and film.

While renowned in South Africa, Pretorius is now becoming internationally recognised through her performance opposite Jennifer Hudson in the biopic Winnie Mandela; with recurring roles in Black Sails and Strike Back respectively and her role opposite Sir Derek Jacobi in the acclaimed Canadian TV movie Diamonds.

Angelique is currently writing and producing two feature films that are in the pre-production phase. 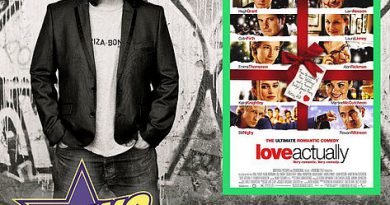 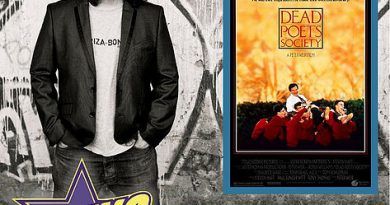