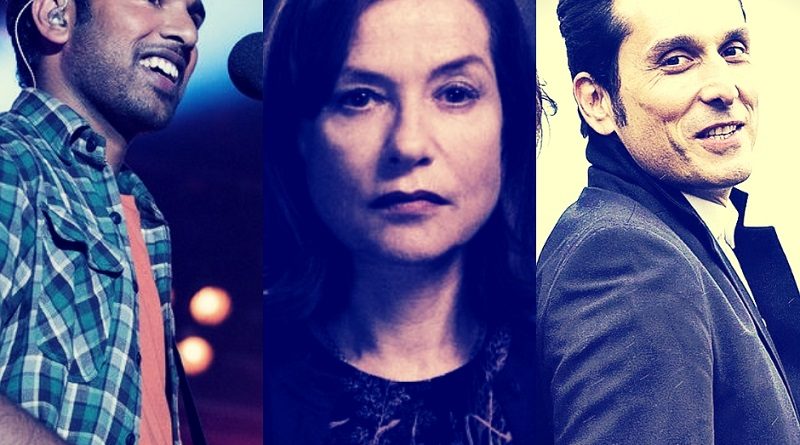 Spling reviews Yesterday, Greta and I Am Not an Easy Man as broadcast on Talking Movies, Fine Music Radio. Listen to podcast.

A struggling musician finds himself in a world, where he’s able to pass the music of The Beatles off as his own.

– Danny Boyle and Richard Curtis, two of the U.K.’s most respected filmmakers, responsible for films such as Slumdog Millionaire and Love Actually, combine their forces for Yesterday
– living in a world where the Beatles have been forgotten by almost everyone, a young musician makes it his mission to recover as much of their music as possible, selling it as his own and gradually becoming regarded as the one of the best musicians of all time
– a high concept, Boyle doesn’t spend much time in trying to explain the mystery but instead settles on the real romance drama instead as the story comes to focus on Jack and the girl in his life
– James is terrific once again, bringing plenty of heart and soul in a supporting role, while its a charming and promising debut performance for a Patel
– while the first half is hilarious as the down-and-out musician discovers a world unfamiliar with the music of the Beatles, it shifts gear to become more introspective about his anguish and turmoil around love or money
– it’s an enjoyable tribute of their most popular music, giving us a chance to approach it with a newness and fresh appreciation by conduit
– keeping things open-ended, the film takes a fairly predictable narrative path with one or two surprises for good measure
– instead of over-analysing the life and times of the Beatles in this modern era or going headlong into the ethical quagmire, Curtis decides to keep the warm and fuzzy feeling alive echoing About Time in its stature

A young woman befriends a lonely widow with ulterior motives.

– This crime drama thriller pivots on two fine actresses in Grace Moretz and Huppert (Hou-per), who undertake atypical roles with their typical dedication
– entrenched in some deep psychological longings relatig to loss, especially when it comes to the parent-child bond, the film serves as a commentary on modern day society, its fractures and symptomatic alienation
– sleek, elegant and well-acted, it’s a beautifully presented crime thriller the tips the hat to superior horror thrillers such as Misery
– creepy, thanks to a foreboding titular performance and subtle in the way it leaves a trail of breadcrumbs, it’s a classy affair
– while it has all the earmarks of a sharp thriller, it feels as though something’s been lost in translating the screenplay to screen
– some of the characters seem to operate within a vacuum, unable to make logical connections to avert danger or connect the dots at critical junctures
– while the screenplay could have used some more testing and polish, fine ingredients make for a chilling and suspenseful thriller all the same
– if you’re able to override some of the silly decision-making, you’ll discover an effective, unsettling and even haunting film

I AM NOT AN EASY MAN

A shameless chauvinist gets a taste of his own medicine when he wakes up in a world dominated by women and locks horns with a powerful female author.

– this French fantasy comedy serves as a curious and even scathing social commentary on gender politics
– a male chauvinist is essentially forced to look himself in the mirror, by having gender roles reversed and dating his equal opposite
– while a high concept, the filmmakers have kept the fantasy grounded opting to present a female-dominated world
– using fish-out-of-water comedy to good effect, it could have become a TV series, instead, I Am Not an Easy Man condenses an array of social, sexual and political contrasts into the space of a feature film
– veering from satire on sexism to some searing truths, which only truly hit home through role reversal, it remains entertaining, thought-provoking and bold
– somewhat experimental, the co-leads enjoy good chemistry and the concept is topical and fresh enough to continually revive itself
– the conclusion may be typically ambigious for a French film, but the fantasy is wild and sensational, serving as a great conversation starter

YESTERDAY… while clunky at times, it remains an entertaining and spirited coming-of-age fantasy comedy and music romance… A solid 7! 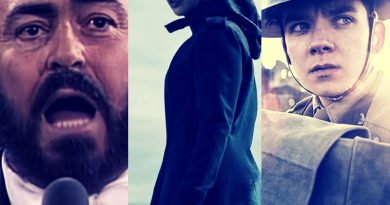 Talking Movies: Pavarotti, In the Shadow of the Moon and Journey’s End 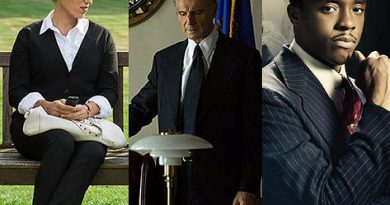 Talking Movies: Madame, Mark Felt: The Man Who Brought Down the White House and Marshall