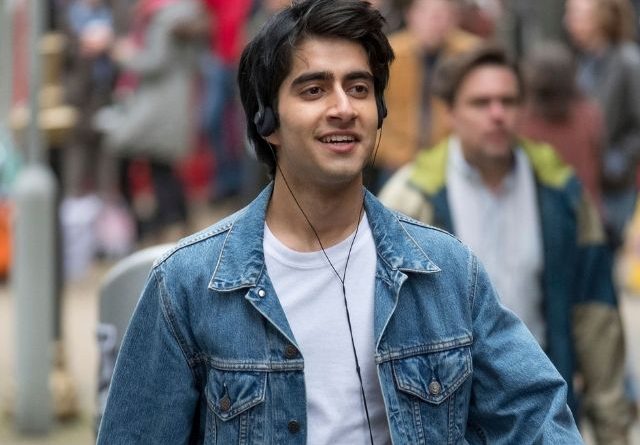 Based on a true story, this feel good coming-of-age music drama is filled with heart and spirit. Set in 1987, Blinded by the Light centres on Javed, a British teenager of Pakistani descent, who learns to live life, understand his family and find his voice as a writer through the music of Bruce Springsteen. In a similar verve to Yesterday, the film serves as a tribute to the time-honoured music of “The Boss”. Blinded by the Light is named after one of Springsteen’s hits and acts as a metaphor for Javed’s coming-of-age journey. Springsteen’s music underpins the themes echoing the gritty musician’s own New Jersey origins. While the adulation for Springsteen is unabashed, the music of the ’80s is in full force, finally delivering a soundtrack to rival The Wedding Singer.

Pivoting on a likable lead in the talented Viveik Kalra and a nostalgic ’80s soundtrack, the film has grit and emotion but doesn’t take itself too seriously. Writer-director Gurinder Chadha is best known for Viceroy’s House and Bend It Like Beckham. She’s able to seamlessly integrate challenging issues into films of great entertainment value, which she does once again. The screenplay echoes this sentiment, taking moments where you’d expect a downturn only to uplift spirits with surprise.

While the rock idol worship is in-your-face, it goes beyond the point of product placement by filtering into Springsteen’s mythos and celebrating the story of one of his biggest fans. Displaying lyrics on screen in an artful manner to mirror the mindset of young Javed, the fandom does enhance the story and serves as a catalyst. Blinded by the Light is a wonderful tribute that reframes Springsteen’s early music, but it’s also a story about growing up, following your dreams and cutting the proverbial apron strings. 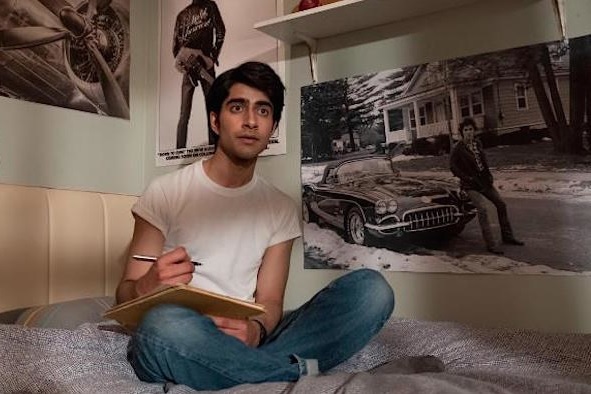 “I’m kinda like ‘The Boss’ when it comes to The Boss.”

Blinded by the Light could be described as a blend of Sing Street, Sunshine on Leith, Material and Pride. The feel good music drama has direct parallels with Sing Street for the period, fashion, music, rebellion, budding romance, family tensions and passion for the arts. As if knowingly tipping the hat, Javed’s friend Matt even has a likeness to Sing Street’s Ferdia Walsh-Peelo. Sunshine on Leith was more twee, but both films are driven by an exuberant spirit, where pensive domestic drama can suddenly make way for upbeat musical elements. The similarities to Material are realised in the tough love father-son relationship, traditional family-first obligations and comedy-drama tone. While the age, politics and influence of Margaret Thatcher recall the equally crowd-pleasing British drama, Pride.

Set in the ’80s, Chadha transplants us in Margaret Thatcher’s Britain relying on solid production values and authentic props from the age to immerse her audience. The hair and wardrobe department have made a special effort to take us back in time, screaming ’80s on the verge on becoming clichéd with Flock of Seagulls hairstyles and Michael Jackson outfits. While edging towards the realm of pantomime, this ’80s overload just underscores the quest for identity, the heady influence of ’80s pop culture and reinforces Javed’s feeling of alienation in his home town.

Blinded by the Light deals with racism, xenophobia, cultural and familial obligation without losing its irrepressible sense of joy. From skinhead minority groups and underlying racial tensions with neighbours, there’s an ever-present threat to the Pakistani community in Luton. Then, bound by family obligation, job cuts, hard times and unmet expectations, the struggle to break free becomes an overarching theme. While layered and loaded with social drama, it lingers just long enough to leave an impression without becoming laboured or overly preachy.

Blinded by Light is an entertaining, touching, reflective and toe-tapping tribute with a powerful message that reignites Springsteen’s music. The handling of the musical element is a bit jarring and there are one or two subplots that could have used more resolution. This isn’t any ordinary film exhibiting music video infusions and operating with smooth and fluid cinematography. The life-affirming message, rock idol faith and fresh spin make it easier to simply enjoy and accept the familiar. 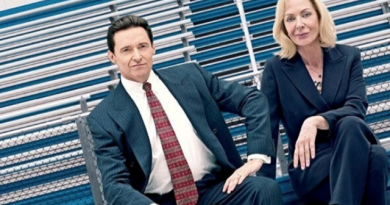