This week, we’re talking about a folk horror, an anti-social media documentary and a sports documentary.

A couple travels to Sweden to visit a rural hometown’s fabled mid-summer festival. What begins as an idyllic retreat quickly devolves into an increasingly violent and bizarre competition at the hands of a pagan cult.

– Midsommar is more even-handed than Hereditary, artful in style, original in perspective, well-acted and rich in thematic content.
– It’s a fine production, carrying dread and suspense through its veins, able to unsettle through its bright visual tapestry and harrowing out-of-control horror experience.
– While its laden with talent and vision, it’s offset by its own dizziness and displaced by its camp undertones.
– Bright as angels, dressed in white and driven by a sense of lunacy, the gay abandon gives way to the cruelty of a twisted society.
– Pugh has a fascinating face, a versatile and incredibly talented actress who is able to reflect the terror, pain and horror of being coerced against her will.
– While often under the influence, the characters lack awareness, seemingly helpless and numb to the story’s tide.
– The overexposed visuals work for and against it, giving the horror a fresh feel but restraining the realism through so-so visual effects and production design.
– Midsommar is not for sensitive viewers and earns its age restriction and then some, delving into a religious sect comparable with The Wicker Man and even Salo.
– While troubled like Hereditary, Aster’s influences and great understanding give Midsommar the earmarks of a masterpiece.

The Cambridge Analytica scandal is examined through the roles of several affected persons.

– we’re living in an age of digital pioneers in a new unchartered terrain where law-makers are having to play catch up
– PR firm Bell-Pottinger was hauled over the coals for their involvement in South Africa and more recently Cambridge Analytica made world headlines after their involvement in the US elections and Brexit decision
– starting from the point of querying just how vulnerable our data rights are and whether they should be seen as personal property, the investigation latches onto Cambridge Analytica’s story through its international projects, trying to comprehend its operations, overarching influence on world politics and the events leading to its collapse
– largely viewed from the perspective of whistle blower and former Cambridge Analytica whip, Brittany Kaiser, the film-makers attempt to understand the legal ramifications and lasso the far-reaching implications of their persuasion tactics and admittedly weapons-grade use of information
– an investigation into data rights and whether they should be viewed as human rights, the thought-provoking documentary interviews key role players during the scandal and questions corporate responsibility when it comes to monitoring data usage and leverage thereof in an age of disinformation
– it’s a timely and fascinating undertaking, with a special focus on Facebook, which provides a comprehensive overview of the Cambridge Analytica debacle and advocates for data rights
– while informative, intrepid and alarming, it pivots on Kaiser’s precarious position and personality, and could have had more impact at a shorter run time

A solid 7 on the splingometer!

– this documentary takes viewers right back to van Nierkerk’s premature birth continuing the fight through the years to become a sporting phenomenon at the 2016 Rio Olympic games
– while van Niekerk is still in his twenties, there’s more than enough material to power this feature length sports documentary and incredible true story
– starting with early signs of greatness in track and field at age 9, profiling his mother’s athletic background and influence, moving to Bloemfontein to pursue his sporting career further at Grey College… to his 400m world record-breaking super-stardom, it’s a whirlwind tour of Wayde’s life story
– naturally a humble and quiet guy, the film gets to grips with his modest upbringing, candidly interviewing family and friends about the most famous person they know
– off-the-cuff humour, matter-of-fact achievement and a sense of humility underpin the documentary, unpacking his trajectory to the world stage, his training regime and coaching dynamics with Tannie Ans Botha, who deserves her own documentary
– from interviews with key role players to the likes of sporting heroes Usain Bolt and Akani Simbine, The Wayde van Niekerk Story is simple, sincere and inspirational
– an unusual character, he’s one of the only people to ever run sub-10 in the 100m, sub-20 in the 200m and sub-44 in the 400m
– while he’s broken long-standing records held by Michael Johnson and rewritten history, he still believes that anyone can achieve their dreams through hard work and perseverance

A satisfactory 6 on the splingometer

THE GREAT HACK… while a bit long and somewhat scattershot, it remains an important, timely and thought-provoking documentary… A solid 7!

THE WAYDE VAN NIEKERK STORY… a straightforward and inspirational sports documentary about an unusual yet amazing athlete… A satisfactory 6! 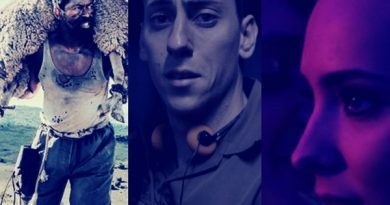 Talking Movies: …Sew the Winter to My Skin, Kanarie and Cut-Out Girls 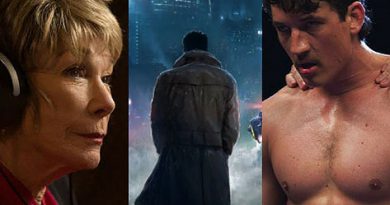 Talking Movies: The Last Word, Blade Runner 2049 and Bleed For This