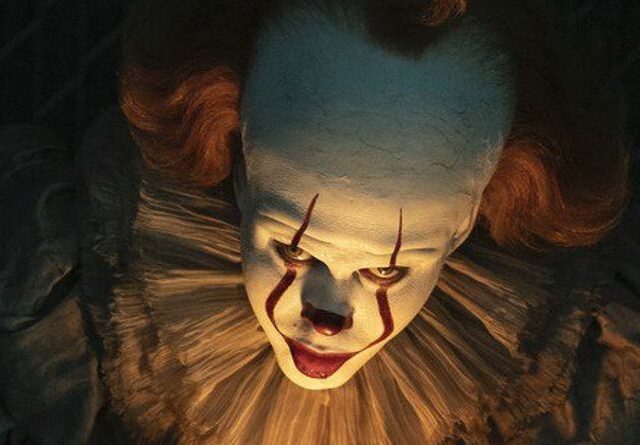 IT: Chapter 2 is the much anticipated follow-up to IT, based on the novel by Stephen King. The original IT was a TV miniseries, which featured many times on M-NET, going up by an age restriction of +2 with each subsequent movie guide. While the original 2-10 age restriction made it possible for tweens to watch kids of a similar age get terrorised by a demonic clown, the subsequent nightmares and coulrophobia probably garnered a small mountain of letters from parents in the days before emails.

While dated, the miniseries starring Tim Curry as Pennywise the clown, was respectable enough to hold its ground for almost three decades. Disarming speculation surrounding the remake, an electrifying trailer set the bar for what promised to be a brilliant reimagining. Under the direction of Andy Muschietti, Stephen King’s iconic horror masterpiece received a commendable adaptation. While terrifying more than scary, the film was influenced by Stranger Things and The Goonies, immersing us in a small town mystery from the perspective of a bunch of young outcasts. Ghoulishly funny, swathing us in Derry’s mythos and suspenseful enough to generate a few genuine scares, IT was refreshing enough to serve as a stand-alone adaptation and appease skeptical fans.

Naturally, what was achieved in the first chapter informed audiences of what to expect from IT: Chapter 2. After hitting the number one spot in South Africa at the box office, one can imagine many horror fans were sorely disappointed. IT: Chapter 2 pales in comparison with the original remake. Having laid a strong foundation, one starts to realise why it has probably taken so long for someone to take a stab at IT. The TV miniseries opted to bridge the 27 year gap between worlds from the get-go, whereas IT and IT: Chapter 2 operate from two different paradigms – it’s a crazy balancing act.

While the terrifying and even cartoonish horror visual effects could be explained as coming from the perspective of the kids Pennywise was haunting, they don’t make as much sense when those kids have grown up. Trying to capture the same funhouse spirit is problematic, especially when you’re trying to keep a straight face in a hall of wonky mirrors. Having cast the likes of James McAvoy and Jessica Chastain as Bill and Beverly, the expectation and emphasis should have been on drama, especially when you consider their leaning and former pairing in The Disappearance of Eleanor Rigby. 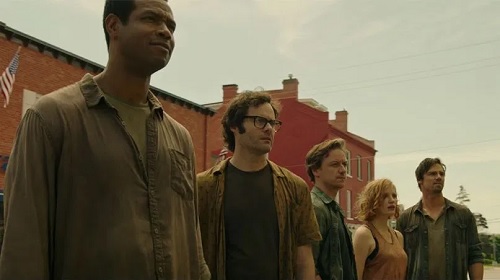 While these casting calls made sense as an extension of the first chapter, the blood-spattered spanner in the works is Bill Hader as Richie. While adept as a dramatic actor, it’s as if his comedic element infected this horror production causing it to rot from the inside out. Instead of tiptoeing around comedy, the filmmakers thrust themselves into the realm of full-blown horror comedy as if a freak wave had trashed their sandcastle. You could liken the process to tripping and then trying to act as though you did it on purpose.

What follows is a series of overcooked funhouse nightmares in a blender operated by Bill Hader. At nearly 3 hours, any horror epic (especially a sequel) is going to be a massive undertaking and the pressure to deliver the same goods with an even bigger cast can be overwhelming. Instead of trying to salvage the off-the-rails project, Muschietti seems to accept his fate veering into the cabin in the woods world of Sam Raimi. This complete tonal breakdown disconnects it from the first chapter as the sequel takes an uneven and ridiculous tangent.

IT: Chapter 2 just gives you a fresh appreciation for the work of Sam Raimi, who is able to seamlessly splice comedy and horror genres without sacrificing laughs or scares. While the sequel has a good number of laughs, both intentional and unintentional, it capsizes due to its excessive use of CGI. Instead of grounding the drama in reality and then slowly unveiling the shadow world, the follow-up goes for broke acting as though it’s played all its best cards. You’ve seen the clown, you’ve enjoyed the Stand by Me cast and camaraderie, now it’s just more of the same with the spin that it’s happening all over again 27 years later.

While you get some glimpses of what they were trying to achieve, it’s difficult to accept that this is the same team. The big-name stars have their appeal and it doesn’t seem as though budget was a problem, which makes you wonder when the big wheel fell off or if this was an act of sabotage due to creative differences. The real disappointment is that the sequel’s clown car backfire impacts the enjoyment value of the original, knowing what fresh hell awaits…

While often funny and entertaining, IT: Chapter 2 is half-baked and undignified. Being consummate professionals, McAvoy and Chastain keep a straight face but this is Bill Hader’s wheelhouse and adopted baby. As if trying to navigate a drug-infused meta subplot involving the actors, Hader takes on the misfire and runs with it for comic relief. Overcooked horror can be somewhat redeemed by poking fun at itself and just short of breaking the fourth wall, IT: Chapter 2 stumbles into the goofy horror comedy terrain of Ghostbusters.

Lacking suspense, coasting on smirks and an awkward mishmash of horror comedy, IT: Chapter 2 is a titanic failure. It’s a great example of a big budget film that has everything except a clear vision and a polished screenplay. Without the carefully calibrated suspense and balance of a real horror master like John Carpenter, the visual effects will fall flat no matter how expensive or impressive. While the original IT remake can be counted as part of the current Hollywood renaissance of horror, the retrospective sequel will tarnish its reputation. 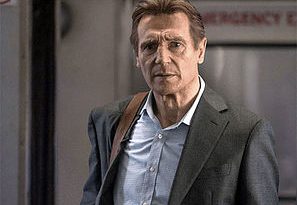 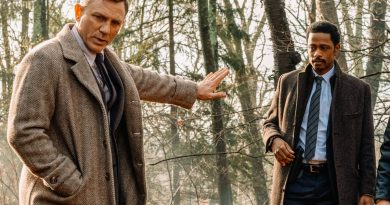