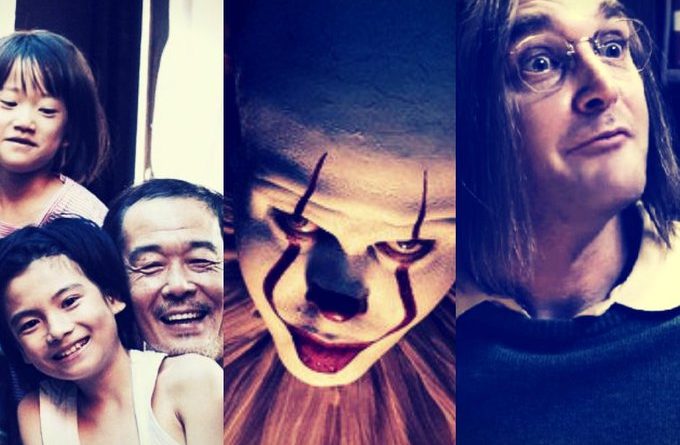 Spling reviews Shoplifters, It: Chapter Two and A Futile and Stupid Gesture as broadcast on Talking Movies, Fine Music Radio. Listen to podcast.

This week we’re talking about a tender crime drama, a horror comedy and an unconventional biographical comedy.

Starting off with a film now showing at the Labia…

A family of small-time crooks take in a child they find outside in the cold.

– Studio Ghibli, often referred to as the Japanese Disney, portrays ordinary urban scenes and sounds in its more dramatic features
– the same humanistic beauty and whimsy is captured in Shoplifters, a Japanese crime drama about an unusual family on the outskirts of Tokyo
– in a similar vein to The Bicycle Thieves, there is an understated charm, openhanded naïveté and matter-of-fact way about their misadventures
– from shoplifting to menial labour, it’s all in a day’s work for this loving family whose resourcefulness finds them bending the law enough to get by
– while venturing into the world of criminality, it’s one of the most tender and sweet-natured films you’ll see
– a tight-knit family doing their best to stay afloat during tough times, there’s an irrepressible sense of hope and joy to their actions
– most filmmakers would probably struggle to walk the line, dipping into sappy rather than delightfully sentimental
– using comedy, Kore-eda offsets these moments from becoming too precious, resulting in something much more meaningful and heartfelt
– Shoplifters isn’t quite in the same league as Life Is Beautiful and waivers in the third act, yet has enough shades to deliver something just as haunting and sweet, functioning much like a live-action Studio Ghibli adaptation

Moving on to a film now on circuit…

The Losers Club are forced to reunite twenty-seven years after their first encounter with the terrifying Pennywise.

– IT: Chapter 2 is the much anticipated follow-up to IT, the highest-grossing horror film of all time.
– Unfortunately, IT: Chapter 2 pales in comparison with the original remake struggling to bridge the 27 year gap between worlds.
– The terrifying and even cartoonish horror visual effects don’t make as much sense when those haunted kids have grown up.
– While the casting of McAvoy and Chastain makes sense as an extension of the first chapter, the blood-spattered wrench in the Billiard Room is Bill Hader.
– While adept as a dramatic actor, it’s as if his comedic element infected this horror production causing it to rot from the inside out.
– Instead of tiptoeing around comedy, the filmmakers thrust themselves into the realm of full-blown horror comedy as if a freak wave had destroyed their sandcastle.
– What follows is a series of overcooked fun house nightmares in a blender operated by Bill Hader.
– At nearly 3 hours, any horror epic is going to be a massive undertaking and the pressure to deliver the same goods with an even bigger cast can be overwhelming.
– Instead of trying to salvage the off-the-rails project, Muschietti seems to accept his fate veering into the cabin in the woods world of Sam Raimi for help.
– This complete tonal breakdown disconnects it from the first chapter as the sequel takes an uneven and ridiculous tangent.
– While often funny and entertaining, IT: Chapter 2 is a half-baked and undignified adaptation of Stephen King’s masterpiece.
– Lacking suspense, coasting on smirks and an awkward mishmash of horror comedy, IT: Chapter 2 is a titanic misfire.

And finally a film streaming on Netflix…

A FUTILE AND STUPID GESTURE

In the 1970s and ’80s, National Lampoon’s influential new media empire is overseen in part by the brilliant and troubled Douglas Kenney.

– Animal House and Caddyshack are two of the most talked about comedies, both connected by Doug Kenney
– regarded as a highly influential figure in the landscape of comedy during the ’70s and ’80s, this irreverent biographical comedy attempts to adopt the same ludicrous spirit of the student magazine turned media house
– in part, a reaction to the distrust by the American public to high-ranking political figures following the Nixon era, the sendup made a place for itself between Mad Magazine and the New Yorker
– tracing their entry into mainstream media, brushing shoulders with famous friends and enemies, A Futile and Stupid Gesture injects the same experimental energy of National Lampoon’s into transposing Kenney’s life to screen
– eclectic, using real content and even blurring the lines between entertainment and reality, it’s a bold and wildly entertaining behind-the-scenes tour
– starring Forte, who brings his own off-the-wall antics into play, as well as his unique and often misunderstood brand of comedy, it’s a strange brew of creativity, inspiration and reckless abandon
– often funny, wacky and trippy, A Futile and Stupid Gesture is an original, zany and strangely compelling film that attempts and often succeeds in encapsulating the zeitgeist of the times and spirit of the man

IT: CHAPTER 2… while stellar and mostly entertaining, this is an overblown, uneven and messy horror sequel… A flimsy 4! 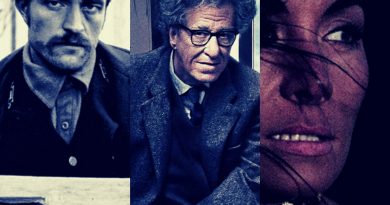 Talking Movies: The Lighthouse, Final Portrait and The Other Side of the Wind 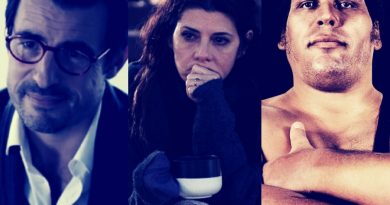 Talking Movies: The Square, Behold my Heart and Andre the Giant 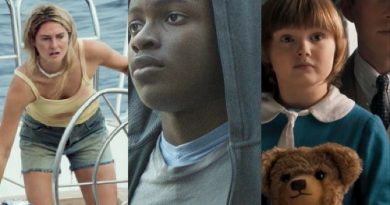