This week, we’re talking about a dark comedy drama, a coming-of-age comedy drama and prison a break adventure.

An unemployed family’s entanglement with wealthy counterparts leads to much trouble.

– Parasite won the Cannes d’Or, focusing on a Korean family that has fallen upon hard times, folding pizza boxes in order to get by, an opportunity arrives in the form of a tutoring job with a wealthy family, which offers them a way out of poverty
– resourceful, street smart and spirited, they band together and conspire to start over with a restored sense of dignity
– on the surface, Parasite starts out like a high concept comedy, settling into a situation and premise that could be the basis for a brilliant sitcom
– while its charming cast and sly machinations make for great entertainment, this isn’t any ordinary comedy
– it’s got a much darker edge, deftly shifting from laugh out loud funny to something much more sinister and political
– a cat-and-mouse thriller, devious scheming and mistaken identity transform a well-balanced and amusing comedy scenario into something much more thought-provoking
– all the while, it remains artful and well-acted, allowing the director to demonstrate his dexterity when it comes to genre play and powering home with some powerful themes
– finely calibrated whether it be in the slums or upmarket living of a modern mansion, the elements are held together elegantly, moving with grace and finesse
– intelligent, insightful and never a dull moment, this Korean masterpiece cuts through the strata of society, making incisive commentary seem like a natural overflow without losing its intrinsic entertainment value
– imaginative transitions, tapping into some of the darker shades of human nature and always keeping the audience guessing, Parasite is an unforgettable and masterful dark comedy thriller of the highest order

THE LAND OF STEADY HABITS

After leaving his wife and his job to find happiness, a man is influenced into reckless and shameful behavior.

– Nicole Holofcener directed Enough Said with James Gandolfini and Julia Louis-Dreyfuss a delightfully funny and heartfelt romance drama
– in this adaptation of Ted Thompson’s novel, she’s dealing with a divorcee whose attempts to refocus his life require further assembly
– Ben Mendelsohn is a fine actor, whose temperament makes it easy for him to maintain a sense of happy/sad
– grappling with the responsibilities of a parenthood, overcoming dependencies and powering through family dysfunction, it’s a film filled with both levity and heartache
– while it moves a clipped pace, flipping through scenes quite briskly, it eventually finds its stride with the series of snapshots contributing to a much fuller family photo album
– drug use, coarse language and some prickly situations are disarmed by the films laidback and matter-of-fact tone
– while it skips along, it remains amusing and entertaining in its offbeat kilter, making it quite surprising how much you’re invested by the time things reach a head

And finally a film now on Showmax…

Wrongfully convicted for murder, a man attempts to escape from the notorious penal colony on Devil’s Island.

– Papillon is based on the memoirs of the same title by Henri Charriere, which was originally adapted to film in 1973
– starring two of our generation’s most promising acting talents in Hunnam and Malek, the gritty adventure comes to focus on their unusual relationship and imprisonment
– this is a handsomely mounted crime drama and adventure, moving along quite swiftly with a modern appetite for coarse language and violence
– while the co-leads enjoy good chemistry, Papillon is not so concerned with character as it is with endurance, loyalty and stoicism
– attempting to capture some of the same spirit that compelled the Count of Monte Cristo, the power of the quest for freedom holds weight
– with an over 2 hour runtime, it’s surprisingly entertaining in spite of its repetitive nature and fairly lightweight treatment of its characters
– this modernisation may pale in comparison with the original adaptation, yet remains visceral, engaging and adventurous enough to pass the time
– it’s interesting to see Malek taking on the role of Dégas before his Oscar-winning performance for Bohemian Rhapsody and being Ted Bundy’s favourite novel, it takes on some fresh albeit trivial meaning
– new initiates will be more generous with their estimation and die-hard fans of the original will be more stringent

THE LAND OF STEADY HABITS… vulnerable characters and awkward moments drive this snappy and offbeat comedy drama… A solid 7!

Talking Movies: Yesterday, Greta and I Am Not an Easy Man 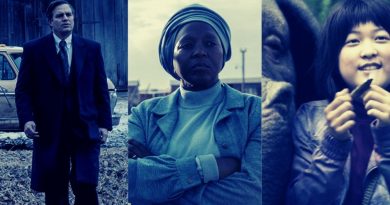