Fisherman’s Friends is based on a true story about an all-male singing group from Port Isaac, Cornwall. While Fisherman’s Friend is associated with the breath mints and often used in dirty innuendos, it seemed like a good title for a 10-man crew of burly singers and has made the leap to the big screen. Fisherman’s Friends is a biographical comedy drama, which captures the highs and lows of the band who are best known for their traditional sea shanties. Centring on a small fishing village, this is a feel-good comedy drama that follows in the tradition of films such The Grand Seduction, Waking Ned Devine and The Full Monty.

Filmed at the same location as the Martin Clunes TV series Doc Marten, it’s a quaint and picturesque seaside village and a character in it’s own right. Contrasting the mores of a Cornish fishing community against the fast-living lifestyle of London, the tale grapples with their musical discovery through the eyes of a high-flying music producer and talent scout. Starting as a prank, the seemingly far-fetched idea sticks and eventually becomes reality as the village’s best kept secret take their shot at fame and fortune.

The breezy and colourful comedy drama stars James Purefoy, Daniel Mays and Tuppence Middleton. Purefoy could play Hugh Jackman’s brother, a dependable English actor who has led a steady career, not quite managing to reach the lofty heights of his “doppelganger”. He takes on the role of a hardened fisherman, the group’s spokesman, a loyal Cornish man and devoted father. While he’s the name star, the story is taken from the perspective of Mays, a familiar and seasoned character actor who grows on you. As the hot shot music man, who’s mostly flash, it’s a predictable albeit enjoyable transition as he softens to the group’s real prospects and the town’s true grit and underlying beauty. Playing the romantic interest, Middleton is spirited in her supporting role, trying to embody the essence of Port Isaac. 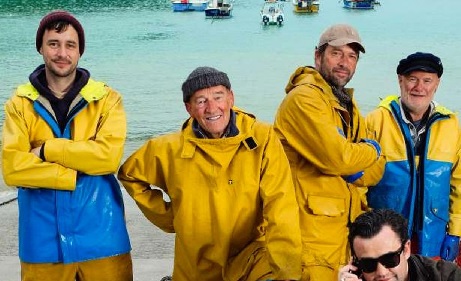 Fisherman’s Friends is one of those all-round entertaining films filled with soulful music, optimism and heartwarming moments amid funny jibes and barbs. From their humble origins, the unlikely boy band find their footing, resistant to change and committed to their way of life. It may be fairly simple and predictable stuff from director Chris Foggin, but its compelled by charm, heart and humour, making it easier to roll with it.

The music has the same appeal that it must have had in their heyday, taking the rich tradition of a harmonic sea shanty into pop culture. Varying the singalongs yet keeping their strong Cornish heritage, the ensemble manage to live out the team effort through their emphatic performances. It’s not so much about the music as it is about a young man maturing through his exposure to a steadfast people and their values.

Fisherman’s Friends plays into the wheelhouse of British comedy dramas with budding romance, brusque humour and wonderful themes around family and belonging. It may not be an instant classic, but has the earmarks of many heartwarming and inspirational films that have preceded it. With a title like Fisherman’s Friends, you’ll probably know what you’re getting yourself into. While surly at times, it’s ultimately sweet-natured. Unfortunately, these entertaining crowd-pleasers are a rarity, making it easier to enjoy with a chuckle and a tear. 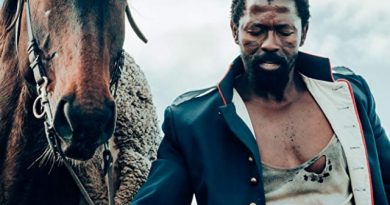 SPL!NG Movie Review: Sew the Winter to My Skin 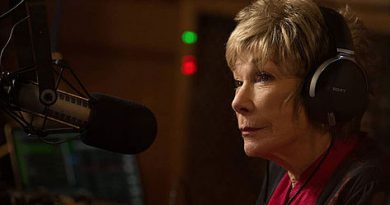