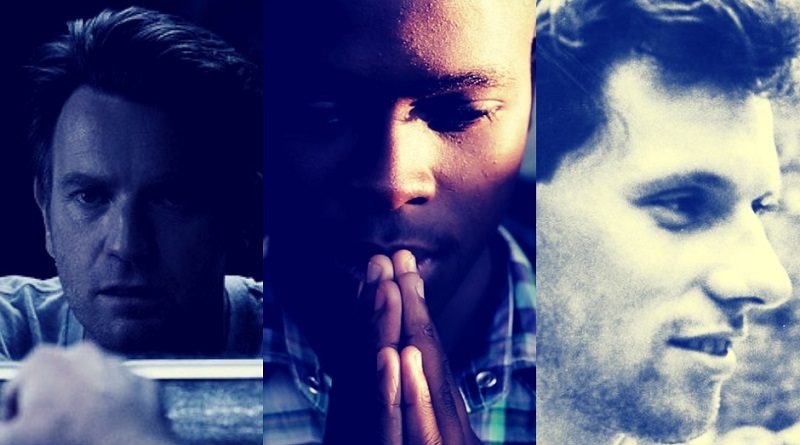 Spling reviews Doctor Sleep, Buddha in Africa and Tell Me Who I Am as broadcast on Talking Movies, Fine Music Radio. Listen to podcast.

This week, we’re talking about a mystery horror thriller and two documentaries.

Years following the events of “The Shining,” a now-adult Dan Torrance must protect a young girl with similar powers from a cult known as The True Knot.

– Stanley Kubrick’s The Shining is a 1980 horror classic based on Stephen King’s novel, yet the bestselling author wasn’t happy with Kubrick’s “cold” adaptation.
– Doctor Sleep was always going to be a massive undertaking for writer-director and editor Mike Flanagan, who must have felt enormous pressure taking the reins and trying to leave his own signature.
– Paying his respects to the original, this isn’t an attempt to rewrite history, recreating many scenes from Kubrick’s version with a similar attention to detail to the strange tribute in Ready Player One.
– While the Overlook hotel was central to The Shining, Doctor Sleep has more of a small town mystery to it.
– Cleverly supplanting us back in the world of The Shining, Flanagan is able to appease Kubrick fans before forging ahead with something more akin to Stephen King’s horror universe.
– It pales in comparison to the nuance and genius of Kubrick, offering a much flatter and safer retelling, but is respectable enough to ride shotgun.
– Doctor Sleep’s sound is what makes this film a cut above, adding depth and substance to the visuals.
– Handsome recreations, good performances, grounded visual effects and the film’s something-borrowed, something-new feel give it momentum and appeal.
– It’s a mostly entertaining two-and-a-half hour mystery horror drama, which is visually captivating and manages to touch on deeper themes.
– Doctor Sleep may not have Nicholson, Kubrick or the same majesty, malevolence and nuance of The Shining, but it serves up a generous slice of King’s imagination brought home by steady film-making, an offhandedly charming McGregor and an enchanting Ferguson.

Moving on to a documentary now streaming on Showmax…

A Malawian boy, raised in a Buddhist orphanage, struggles to retain his cultural identity.

– Malawi is one of the most impoverished countries in the world, heavily reliant on agriculture
– following a boy who has spent most of his life at the care centre, we get a greater understanding of the complexity of the interchange of opportunity for indoctrination
– while receiving shelter, food, clothing and education, these things come at the expense of having to adopt a foreign culture’s religion, language and customs
– this eye-opening documentary takes a frank and seemingly unaffected stance, presenting the situation in a naked light
– while the predicament seems to offer some form of relief, the students aren’t necessarily allowing themselves to be indoctrinated, going through the motions and resolving to return to their way of life once they are able to start out on their own
– this uncomfortable grey area creates an intellectual and ethical tension in this well-poised documentary
– teetering on the edge of poverty, one can understand the appeal that the care centre offers, yet their intentions are far from altruistic with many of the centres planned to open in countries across the continent
– through unprecedented access, the filmmakers are able to relay footage that is both alarming and thought-provoking, demonstrating Africa’s vulnerablity when it comes to goodwill intervention from fast-growing and powerful countries like China

And finally another documentary now on Netflix…

TELL ME WHO I AM

Twins now in their 50s have two completely different memories of their childhood.

– After being involved in a motorcycle accident, Alex’s head trauma left him anonymous, forcing him to relearn his childhood years through a series of family photographs.
– Wiping the slate clean, the onus was on his identical twin brother, Marcus, who he trusted vehemently to relay their shared past.
– In much the same way as Alex, we are given a rose-tinted account before unfurling a more accurate depiction of events, reframing family photographs and memories after a dark revelation.
– While open-faced and candid, the story is riddled with inner turmoil, with the filmmakers ratcheting up tension as the intricacies of the tale are unraveled.
– What constitutes normal? Who can you trust? How do our memories define us? These important questions become paramount in this tragic and soul-searching sibling documentary
– Cleverly juxtaposing each account as an act before getting both sides of the story in a final confrontation, this adaptation is heartbreaking as the siblings come to terms with a lifelong betrayal and the freedom that comes with knowing the truth
– A mystery, the setting has an ominous feel with the kind of home, characters and atmosphere you’d expect in a horror.
– Leaning into these vibrations and pushing off the powerful and unsettling true story, the film-makers manage to concoct a moody documentary of raw emotional power and searing honesty.

TELL ME WHO I AM… a dark, compelling and multi-faceted family mystery is excavated with honesty, intrigue and raw emotion… An excellent 8 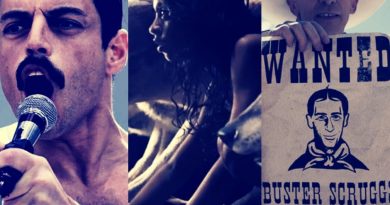 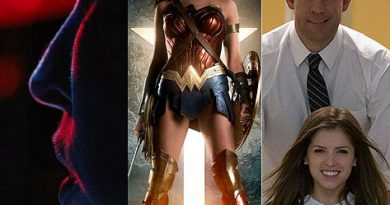 Talking Movies – Below Her Mouth, Wonder Woman and The Hollars

Talking Movies: Based on a True Story, Jurassic World: Fallen Kingdom and The Deminer