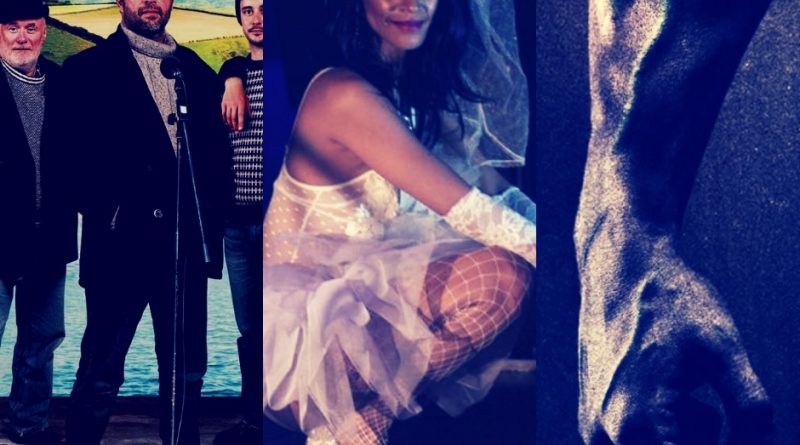 This week, we’re talking about a heartwarming music comedy drama, a faith-based drama and a sports documentary.

– Fisherman’s Friends is based on a true story about an all-male singing group from Port Isaac, Cornwall
– this is a biographical comedy drama, which captures the highs and lows of a band best known for their traditional sea shanties
– centring on a small fishing village, this is a feel-good comedy drama that follows in the tradition of films such The Grand Seduction and The Full Monty
– filmed at the same location as the Martin Clunes TV series Doc Marten, it’s a quaint seaside village and a character in it’s own right
– contrasting the mores of a small fishing community against the fast-living lifestyle of London, the tale grapples with the musical discovery through the eyes of a high-flying music producer and talent scout
– it’s one of those all-round entertaining films filled with soulful music, optimism and heartwarming moments amid funny jibes and barbs
– from their humble origins, the unlikely boy band find their footing, resistant to change and committed to their way of life
– Fisherman’s Friends checks all the boxes playing into the wheelhouse of British comedy dramas with budding romance, brusque humour and wonderful themes around family and belonging
– with a title like Fisherman’s Friends, you’ll probably know what you’re getting yourself into with a chuckle and a tear

Moving on to another film on circuit…

– South Africa is flourishing when it comes to female directors, who are delivering world class films
– Another female writer-director who is showing great promise is Sangion with this respectable multi-narrative and character-driven drama
– The casting is good, giving each actor an opportunity to grapple with characters at a cross-roads.
– often using handheld cameras to give the drama more of an immediacy and energising performances, she has a good eye, able to maintain a sense of poetry to this art house entry.
– Keeping the story moving along quite swiftly, this is a sparsely scripted film with many scenes passing by with a single line.
– The choppy edit keeps the pacing from lagging but does create some distance, especially since the characters don’t have all that much dialogue to push back on at first.
– The performances and direction are able enough to keep an earnest disposition, but the characterisation is a bit vague and the writing is a little clichéd at times.
– Unfortunately, however personal a story and committed the actors, Salvation is undermined by inconsistency and a thin script.

And finally a Netflix documentary…

A UFC fighter’s world is turned upside down when he discovers an elite group of world-renowned athletes and scientists who prove that everything he had been taught about protein was a lie.

– sidelined by injury, UFC fighter James Wilks, set out on a mission to improve nutrition, healing and maintenance, which led him to some startling discoveries
– relaying his behind-the-scenes investigation for this documentary, he encountered professional athletes who have more energy and strength on a plant-based diet
– according to his expert panel of physicians and food scientists, a plant-based diet reduces coronary disease, inflammation, blood pressure and cholesterol
– Game-changers debases myths relating to meat-eating and manhood including body mass, strength and potency
– Wilks goes on to unpack a history of misleading advertising around the meat industry
– referencing claims, he treats the documentary with a focus on entertainment value over hard science by approaching authorities and famous athletes but keeping things light
– serving as a guide and narrator, Wilks casts the search wide making his case using well-paced infotainment that delves into various environmental, moral and scientific issues
– the overall effect may be a little scattershot, but it serves as a thought-provoking and important foray into the micro and macro impact of our diets

SALVATION… while visually poetic and thoughtful, this character-driven drama is sparsely scripted and cliched… A flat 5

THE GAME-CHANGERS… while a little scattershot, this is an important, infotaining and well-paced sport and food documentary… A solid 7 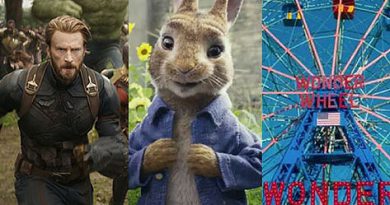