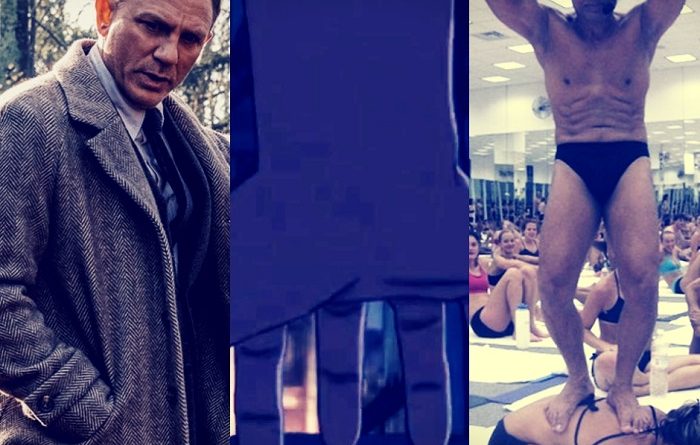 This week, we’re talking about a whodunnit thriller, an animated fantasy adventure and a disturbing documentary.

A detective investigates the death of a patriarch of an eccentric family.

– Knives Out doesn’t have British culture, Sir Arthur Conan Doyle or Agatha Christie to fall back on, but it does have one of Britain’s most famous actors in Daniel Craig.
– Inextricably linked with James Bond and the world of Ian Fleming, Craig has a history of type-breaking turns in films like Cowboys & Aliens and Logan Lucky.
– While playing a Southerner with some reasonable accent work, his sheer presence helps to muddy the waters as the exuberant detective Benoit Blanc.
– Set at a lavishly decorated country mansion, Knives Out is unusual in the way it plays off detective and murder mystery formula.
– Starting in the deep end with flashbacks to recount various alibis, it’s an unusual yet entertaining whodunnit.
– The star-studded crime drama makes a refreshing change, giving precedence to the performers including: Michael Shannon, Toni Colette, Jamie Lee Curtis, Chris Evans and Christopher Plummer
– A character-driven drama with many twists-and-turns, Johnson keeps the camera up close, allowing the nuance of the performances to come through.
– The production design is detailed yet the up close nature of the cinematography gives the director an opportunity to focus on his cast’s faces.
– Johnson’s unusual storytelling and quirky script keep things moving at a clipped pace, using situation to ramp up the undercurrent of dark comedy.
– While he has amassed a fine collection of dramatic actors, charm is the only thing that is lacking in this refreshing and sharp reimagining.
– The kitsch style is a refreshing point of departure for murder mystery fans, cleverly turning things upside down but it could have been so much more.

I LOST MY BODY

A story of Naoufel, a young man who is in love with Gabrielle… and there’s a severed hand.

– I Lost My Body is like a blend of Amelie and The Little Prince, taking the quirky charms of Amelie and meshing them with the animated magic and wonder of The Little Prince
– this is a strange yet beautiful film as a severed hand escapes a dissection lab crossing town like a big spider
– while it’s difficult to imagine this bizarre concept working, it does – cleverly choreographing the hand to become artful, imaginative and surreal
– the oddball romance has similarities with The Eternal Sunshine of the Spotless Mind as two young adults cross paths and find meaning in each other
– wrap-around themes and echoes show how much detail went into making I Lost My Body, which has raw, visceral power and surprising emotion
– much like the world of Studio Ghibli, Clapin has managed to capture ordinary moments in animation, sometimes blurring the lines between real and unreal
– from turning pages to landscapes, the hand-drawn animation has artistic merit and personality, especially when you consider just how difficult it is to draw hands
– I Lost My Body is a poetic and dreamy piece of escapism, a heartfelt and life-affirming animated original
– the premise may seem bizarre, but there’s so much more to this masterfully animated film that tries to defy being boxed into any specific genre

The documentary traces his rise in the 1970s to his disgrace in accusations of rape and sexual harassment in more recent years.

– Bikram Choudhary made a name for himself in the United States leading yoga sessions of hundreds, practicing a method he ascribes to himself
– after a weight-lifting injury nearly ended him, he sought the wise counsel of his mentor who helped him regain the use of his leg
– vowing to take his findings to the rest of the world, his altruistic mission caved into greed after his guru status made him a celebrity
– roping in hundreds of new recruits for a rigorous 9-week training programme, the eccentric yogi took advantage of his status, forcing himself on his students
– in this exploratory documentary, Oscar-winning documentarian Eva Orner covers the yogi’s history, his impact, his methods and his celebrity before unpacking several cases of abuse that haunt him today
– through interviews, archive news footage, depositions and studio films, we get a clearer picture of the situation
– the man’s over-inflated ego and god complex was reinforced in his classes through what could be described as indoctrination
– Orner’s documentary is eye-opening, compelling and disturbing, essentially a character assassination as echoed by its title
– Bikram: Yogi, Guru, Predator serves as a public service announcement and warning to those willingly entering Bikram’s training regime
– it’s also a call-to-action to pressure the US government into extraditing the fugitive in a matter that has since gone international

KNIVES OUT… a charming lead and strong ensemble bolster this kitsch, playful, quirky and original murder mystery… A solid 7!

I LOST MY BODY… beautiful animation energises this life-affirming, heartfelt, imaginative and surreal fantasy… An excellent 8!

BIKRAM: YOGI, GURU, PREDATOR… a fascinating behind-the-scenes tour of a yogi’s empire, over-arching influence and trail of slime… A solid 7! 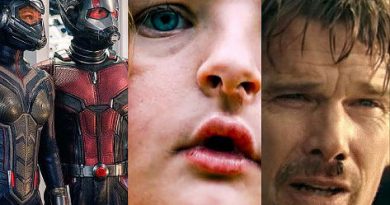 Talking Movies: The Mountain Between Us, Good Time and The Whole Truth