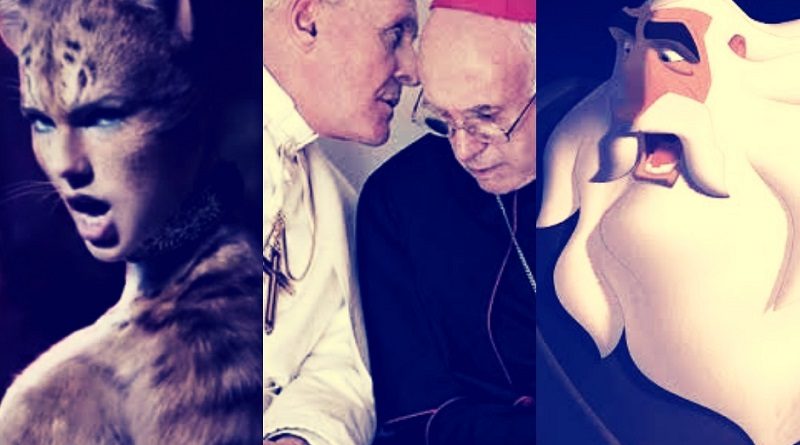 This week, we’re talking about a beloved musical, an unsual drama and an animated family comedy.

A tribe of cats called the Jellicles must decide yearly, which one will ascend to the Heaviside Layer.

– while some of the bold choices he made in Les Miserables paid off, unfortunately the same cannot be said for his latest musical, an adaptation of Andrew Lloyd Webber’s Cats and TS Eliot’s poetry collection, Old Possum’s Book of Practical Cats
– it’s as awkward as the live-action Garfield, aiming for the same level of kitsch as Moulin Rouge with dabs of The Wizard of Oz
– the popular stage production has a campy charm about actors in cat costumes parading around an alley with some powerful musical numbers to back it up
– as much as they try to naturalise this concept for cinema, it never becomes believable or comfortable, alienating rather than endearing audiences
– are they human or are they cats? These questions are simply swept under the kitty litter tray
– never fully establishing the rules or even the tone, we are left to muddle our way through the story, which is kept upbeat by simply introducing one quirky and egotistical cat after another
– while star-studded, it must come as some relief that many of the actors are somewhat unrecognisable in their unflattering cat outfits
– actress and ballerina Francesca Hayward is captivating and enigmatic as the lead but insubstantial as a character and surprisingly it’s Taylor Swift’s short appearance that steals the show with a music video style showstopper
– ultimately it’s a bizarre, overcooked and uncomfortable musical that leans heavily on the only two things that are working for it, its soundtrack and dance choreography
– it may develop a cult-following and is so bad you may have to see it for yourself

Moving on to a new release on Netflix…

Behind Vatican walls, the conservative Pope Benedict and the liberal future Pope Francis forge a new path for the Catholic Church.

– Fernando Meirelles is the director who brought us City of God, the epic Brazilian crime drama set in the slums of Rio de Janeiro
– while dealing with two principal characters, a number of flashbacks with a focus on the Vatican City, The Two Popes is a much more cerebral and witty affair
– co-starring Anthony Hopkins and Jonathan Pryce as Pope Benedict and Pope Francis respectively, the two screen veterans arm wrestle in this drama inspired by true events
– both in the conclave, expressing very different viewpoints on key issues, the discursive screenplay brings these equal-opposites into the fray
– serving as a commentary on today’s world, new trends and attempts to keep religion relevant, the biographical comedy drama hinges on great chemistry and interplay between Hopkins and Pryce
– delivering first-rate performances, it’s not long before you’re immersed in their world, enjoying the dramatic tipping point and camaraderie
– maintaining the dignity of these holy figures, they are also made vulnerable and personable in their flaws as Meirelles brings out their humanity
– it’s a little slow to start, yet makes a fascinating behind-the-scenes at the Vatican as two holy men try to find common ground
– while you could imagine it being quite stuffy and high-brow, it remains accessible, entertaining, humorous and full of pluck, exploring timely themes with understanding and sensitivity

And finally on Netflix…

A postman and toymaker’s alliance of kindness helps melt an age-old feud in Smeerensburg.

– whether celebrating the birth of Christ or reveling in Yuletide spirit, the iconic “better to give than receive” holiday has developed a mythos around the concept of Father Christmas
– this has spawned a number of heartwarming family movies and animated features over the years, which have become traditions of their own in some households
– enjoying the goofy comedy of Arthur Christmas and the dark fantasy wonderland of A Nightmare Before Christmas, comes this outlandish yet delightful tale about the origins of Santa Claus
– taken from the perspective of a postman caught between two feuding communities, the dark, funny and compelling animated film has imagination and a wicked sense of humour
– it’s rare to come across a magical Christmas-themed movie nowadays after classics like It’s A Wonderful Life and Miracle on 32nd Street, which is why Klaus is so special
– a playful reinvention, taking bits-and-pieces from the cherished holiday, it benefits from a solid voice cast, an offbeat tone and vivid animation
– offhandedly charming and heartwarming, this animated fantasy embraces the Christmas spirit and weaves its magic on audiences of all ages, testament to the concept’s fresh and original take 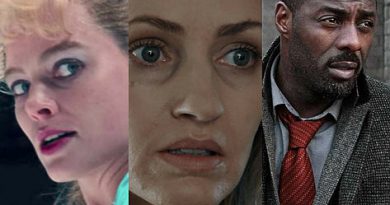 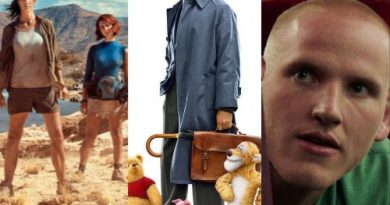 Talking Movies: Stroomop, Christopher Robin and The 15:17 to Paris 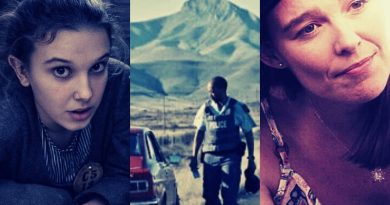