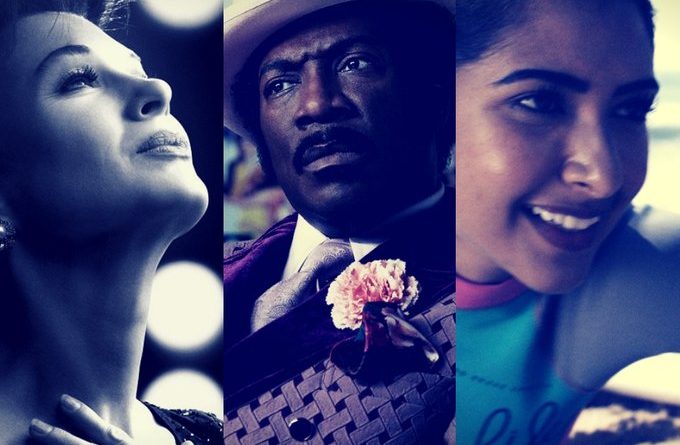 Legendary performer Judy Garland arrives in London in the winter of 1968 to perform a series of sold-out concerts.

– focusing on her residency at a UK theatre, much like Stan & Ollie, this biographical character portrait explores the actress and singer’s later life and career
– in some ways a haunting echo of her most famous song, Over the Rainbow, flashbacks reveal some of her early trials as an actress
– while these moments certainly shaped her career, they have a universality to them as many actresses will be able to attest to, even now
– struggling to get her act together quite literally, the bittersweet biopic is haunting and has a melancholy to it
– while it makes a fascinating overview and retrospective, it really is Renée Zellweger’s transformative performance that carries the day
– through carefully calibrated make-up, styling and wardrobe she is able to embody Garland’s character wholeheartedly
– almost unrecognisable, the mannerisms, speech pattern and even singing make it easy to see why she won a Golden Globe and could easily see her way to an Oscar
– authentic mis-en-scene transports you to the era while Zellweger’s immersive performance is captivating
– unfortunately, the cinematic experience is somewhat frustrating owing to its specific areas of brilliance
– while the lead performance is quite spectacular and the production design is manicured, it’s surprisingly sluggish and even dull at times
– mirroring Jackie, the Jackie Kennedy biopic with Natalie Portman, the quality of the ingredients don’t add up to the promise of the trailer

DOLEMITE IS MY NAME

– While Netflix has had a middling effect with many low-budget film releases, it’s afforded some filmmakers the opportunity to be niche and self-indulgent
– this has enabled the likes of Roma and more recently Dolemite Is My Name, a biopic starring none other than Eddie Murphy as Rudy Ray Moore
– perfectly cast as the blaxploitation cult figure, he delivers a performance that plays to his wheelhouse
– full of energy, attitude and infectious charm, he brings much of his trademark flair to a role that’s difficult to imagine anyone else playing
– dressing like a pimp, regarded as the Godfather of Rap and cursing as if his life depended on it, it’s easy to see how this film isn’t for everyone
– much like the central figure himself, he developed a cult appeal through his specific brand of stand-up comedy, transitioning to film
– similar to A Futile and Stupid Gesture, the National Lampoon origin story, it’s a wild ride through a very specific time in pop culture
– unpacking a legacy and exploring Moore’s far-reaching influence, both films have a self-deprecating swagger, irreverence and wink-wink charm
– brandishing a choice selection of expletives, knowingly offensive and revelling in lowbrow entertainment quite purposefully, it’s good to go in forewarned
– a pottymouthed sendup of the age in which it was unleashed, the movie within a movie angle does have a playful appeal and satirical edge
– it’s probably too edgy for most, but makes a fitting, well-acted, larger-than-life and even hilarious biopic if you can handle it

And finally, a local film now streaming on Showmax…

Sunitha aspires for what is not expected of her. She has to dig deep with a new resolve and confidence to overcome familiar cliches and introduce new lifestyle choices in a traditional community.

– This local sports romance drama is set on Durban’s picturesque Golden Mile beachfront
– essentially a blend of Bend it like Beckham and Blue Crush, the film grapples with tradition, family, love and self-determination
– journeying with a young Indian girl who decides to pick up surfing, the multifaceted story has appeal as it cuts through a cross-section of rich themes
– unfortunately, while touching on a number of interpersonal conflicts, it ironically remains quite superficial, lacking the necessary character focus and nuance to sell the drama
– the seaside romance has potential, yet it feels like there are too many competing strands to the scattershot story
– the pacing is fleeting, never quite settling into each scene, keeping things upbeat but lightweight
– while promising and featuring a beautiful cast, it’s ultimately underwhelming, trying to tick the boxes in a hurried fashion
– Deep End has a promising ensemble, features some good moments but is uneven and underdeveloped as a screenplay
– you get the impression it was meant to work as a comedy with side commentators but it’s too self-conscious and this doesn’t pan out
– the storytelling could have been more focussed, the characters could have had more weight and there could have been more finesse in the handling
– it’s not offensively bad, but feels like a shell of the movie it could have become

DOLEMITE IS MY NAME… Murphy’s infectious and funny energy powers this crude, bizarre and edgy behind-the-scenes legend… A solid 7!

DEEP END… a good cast, beautiful setting and intriguing premise are undermined by a predictable and scattershot surf romance screenplay… A flimsy 4! 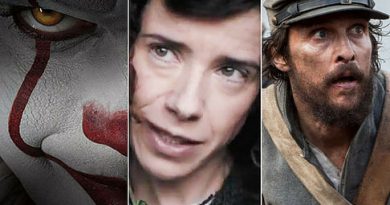 Talking Movies – It, Maudie and Free State of Jones 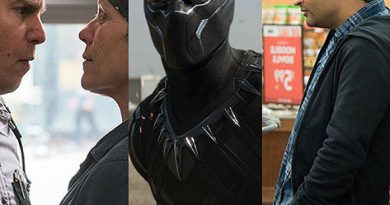 Talking Movies: Roma, Spider-Man: Into the Spiderverse and Better Watch Out