Clint Eastwood is on the cusp of 90 and doesn’t seem to be slowing down. Writing, directing, producing and acting… the Hollywood legend has spearheaded many films over the decades. While immortalised in spaghetti Westerns with the help of Sergio Leone of Ennio Morricone, the iconic stalwart has become a part of Hollywood’s DNA. His most recent starring role in The Mule, demonstrated he’s still got what it takes at 89, even if the film won’t rank among his best.

Based on a true story, Richard Jewell, follows in the vein of Sully… telling of a heroic serviceman, whose actions saved hundreds of lives. When security guard, Richard Jewell, discovered a suspicious backpack at a Centennial Park concert during the 1996 Olympics, he sprung into action effecting the necessary protocol associated with a critical bomb scare situation. While hailed as a hero, unscrupulous journalists turned public opinion against him, after a “tip-off” from the FBI turned their attention to Jewell as a possible suspect.

The biographical drama is based on the Vanity Fair article ‘American Nightmare: The Ballad of Richard Jewell‘ and the book ‘The Suspect: An Olympic Bombing, the FBI, the Media, and Richard Jewell, the Man Caught in the Middle’. We’ve seen many bomb-related films lately. Stronger dealt with the hardships of a man learning to get by again after an explosion at the Boston Marathon left him disabled. Patriot’s Day focussed on a police officer’s tireless efforts to track down two suspected terrorists linked to the same bombings. Richard Jewell rewinds even further back in our collective memory to the fateful day during the 1996 summer Olympics in Atlanta, Georgia. Eastwood previously directed the The 15:17 to Paris, which took the real-life heroes behind a terrorist attack and converted them into actors. While the concept had edge and appeal as a docudrama with the heroes re-enacting their lives, the result was underwhelming, proving just how important it is to have the right actors for the job.

Eastwood has made no mistakes with his latest film, getting some of the best actors working today in Sam Rockwell, Kathy Bates, Olivia Wilde, Jon Hamm and Paul Walter Hauser as Richard Jewell. Instead of leaning on the terrorist act, the drama centres on Jewell under pressure… clearly showing his actions in the build-up to the explosion. The titular character is the focus here as his support team struggles to clear his name. Eastwood is a Republican and while the book that inspired the film has an agenda, there does appear to be a strong slant directed at the FBI and media for their meddling in this seemingly clear-cut case.

The film deals with the notion of profiling suspects, reframing stories and turning tickertape parades into witch hunts. While it’s a little slow-moving and character-focussed, the tension is palpable as the unusual good guy and his posse try to rescue his innocence from a spiraling witch hunt. Richard Jewell is also surprisingly funny with Paul Walter Hauser doing himself no favours as the naive, patriotic, rule-abiding and big-mouthed hero. Hauser was fantastic in I, Tonya and delivers another quietly confident performance as a likable yet misguided oddball oaf. In the wings are Rockwell and Bates, as his unconventional lawyer and doting mother, each generous in supporting cast members but able enough to shine when their time comes.

Rockwell plays yet another delightful, quirky character as we’ve come to expect from the underdog, who just seems to get better and better. Bates is on form, disappearing into her character’s age and ordinary front but tapping into some rich emotion as a momma whenever called upon. Hamm and Wilde have smaller supporting acts as an FBI agent and journalist, but wear their determination and rigorous characters with unflinching pride. It really is a superb ensemble, who compel and elevate Billy Ray’s screenplay under Eastwood’s seasoned direction. It’s said that Eastwood doesn’t say “ACTION”, allowing his actors to simply begin when ready, offering a greater level of understanding in the actor-director relationship.

While not aiming for the visual splendor of a typical awards bait prestige film, this character-driven drama is no slouch, recreating some substantial crowd scenes and immersing us in the world of 1990s Atlanta. It doesn’t draw attention to these trinkets but rather embraces them in the storytelling’s greater fluidity. Richard Jewell does circle some familiar territory especially around the media circus setting up camp, yet operates with no pretense, trying to offer up a troubled hero’s story in the same spirit he commanded his post as security guard. As such, it’s an attentive, dutiful, heart-on-the-sleeve and patriotic drama, which is engaging, humourous and touching… brought to life by great dialogue, sensitive direction and an underdog ensemble. 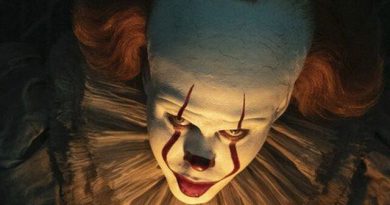