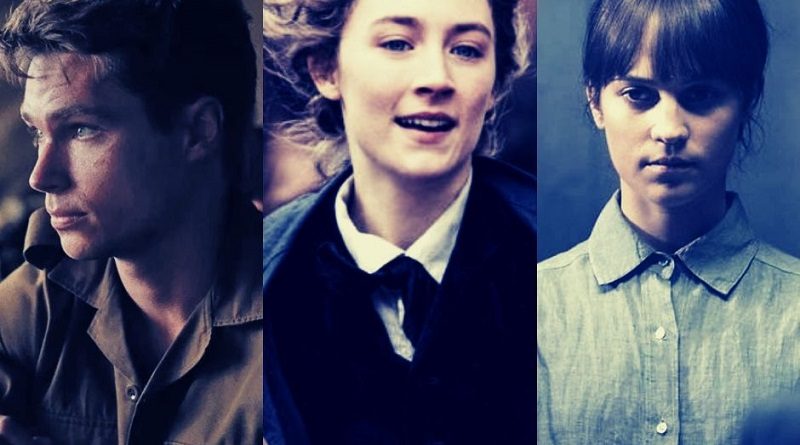 This week, we’re talking about a coming-of-age war drama, a period romance drama and a mystery thriller.

Starting off with a film now showing…

– Hermanus is known for pushing boundaries, dealing with provocative subject matter in a bold, unfettered and sweeping fashion
– after Kanarie, a film that dealt with a gay man’s induction into the South African Defence Force choir and concert group, the underlying concept seems similar yet executed with a much grittier and realistic treatment
– echoing Full Metal Jacket in terms of the hardened boot camp dynamics, breaking down the spirit and unifying recruits through tough conditions and psychological warfare, it gives an accurate glimpse into the lives of young recruits
– employing many typical fireside stories, there’s an air of authenticity as we are immersed in this intense, stoic and regimented new world
– beautifully photographed, the production looks world-class… subtle and nuanced enough to create a poetic albeit harrowing experience
– touching on the lead’s sexual identity and awakening in a time of strong prejudice and mocking machismo, the film grapples with the sense of shame, secrecy and the toxic culture’s inherent homophobia
– while a relatively unknown cast, they do a phenomenal job of bringing the characters to life, leaning on several excellent key performances from de Villiers, Pelser and Vey with an enigmatic and soulful presence in Brummer as Nicholas
– as you’d expect, coarse language, psychological torture, raw violence and strong prejudice make Moffie a challenging viewing experience
– while visually compelling, the film seems preoccupied with crafting an immersive experience offering a poetry to the storytelling that may leave you slightly underwhelmed by the resolution

Moving on to a film now on circuit…

Jo March reflects back and forth on her life, telling the beloved story of four young sisters each determined to live life on their own terms.

– Little Women is based on the classic American novel by Louisa May Alcott
– Gerwig is a strong actress turned filmmaker, known for her roles in Noah Baumbach’s offbeat comedy dramas
– going behind the camera for her latest venture, adapting Little Women, she demonstrates her passion and understanding of the medium through sensitive direction
– through several strong performances from some of this generation’s best acting talent, she breathes life into a story of the four March sisters moving into the next chapter of their lives
– coaxing strong performances from Ronan, Pugh and Dern, Gerwig sets the platform for an engaging and delightful period drama with dabs of joy and sorrow
– tapping into a festive Christmas spirit, the film deals with the highs and lows of a tight-knit sisterhood, through petty squabbles, silly games and lofty ambitions
– as a period drama, the costumes, production design, make-up and hair is spectacular and ornate, anchored by textured characters and rich performances
– while Little Women has style and a modern feel, it’s not as equally balanced when it comes to substance
– the editing is a bit choppy, drifting between the present and the past in a seamless albeit confusing manner, making scenes come across like pearls without a thread to lace them into a necklace
– while buoyed by a jovial spirit and much ado about nothing sense of frivolity, it’s a heartfelt period piece drama with an Instagram appetite

And finally a film now on Netflix…

An enigmatic translator with a dark past is brought in for questioning after an ex-pat friend ends up missing and presumed dead.

– Vikander is a fine actress who seems to be quite picky about her roles if you ignore Tomb Raider
– in Earthquake Bird, she’s had to learn Japanese in order to become better acquainted with the character and more transcendent in her performance
– a stylish and sultry mystery-thriller, the film deals with a love triangle as a woman becomes the main suspect in a police inquiry
– dealing with her obsession around a photographer, her growing suspicion of his relationships and the sinking feeling that she is a bad omen, the story deals with a woman struggling to find connection and integrate herself into Japanese society
– while dark and elegantly filmed as if inspired by Memento, it’s an aloof adaptation with a jagged and muddled sense of storytelling that keeps you just on the outside
– while respectable with Japan as a refreshing and fascinating backdrop, the sultry thriller struggles to shift gear, remaining mysterious and intriguing yet distant

EARTHQUAKE BIRD… quality ingredients struggle to mix in this sultry, stylish yet disconnected and muddled mystery thriller… A satisfactory 6! 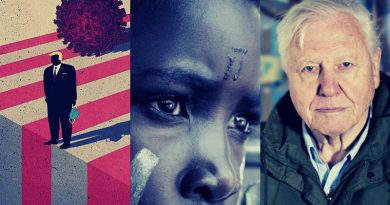 Talking Movies: Totally Under Control, I Am Not a Witch and David Attenborough: A Life On This Planet

Talking Movies: On the Basis of Sex, Fyre and Ralph Breaks the Internet

Talking Movies: Down a Dark Hall, Mary Shelley and The Disaster Artist