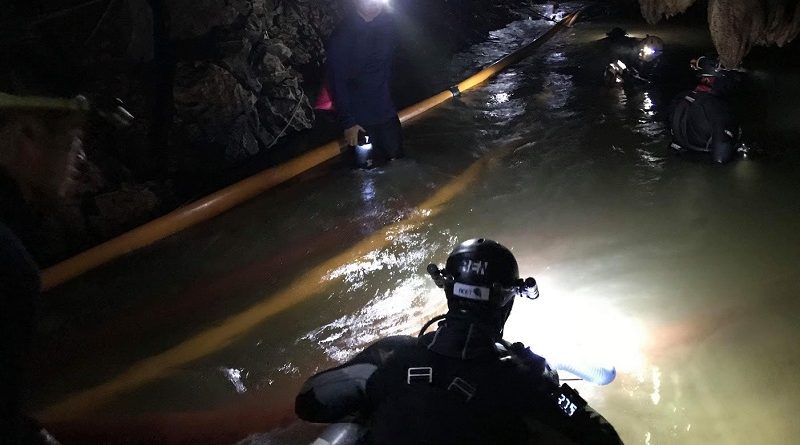 13 Lost: The Untold Story of the Thai Cave Rescue is a documentary from Raimund Huber, which uncovers some of the minutia of what became a widely publicised news story. Much like the trapped Chilean miners at Copiapo, there’s something triumphant and inspiring about a real-life rescue mission, especially when the seemingly impossible is overcome.

In 2018, a football team were trapped by flooding inside the Tham Luang Nang Non cave in Chiang Rai Province, Thailand. The twelve kids and their assistant coach became the subject of international news as the rescue efforts were further thwarted by rising levels and strong currents. Doomed to be a recovery mission after more than a week, it attracted international cave diving crews to aid the Thai Navy Seals. After British divers, John Volanthen and Richard Stanton, made initial contact finding the team alive about 4km from the cave mouth, the rescue effort intensified.

This is the story of the Thai cave rescue that has been impressed upon the world. While this is the common perception of what it took to rescue the soccer team it’s missing a few key steps. The foundational work was undertaken by two experienced cave-divers, Ben Reymenants and Maksym Polejaka, who spearheaded the rescue mission. Starting from the myth around the caves, Huber gives an overview of the rescue mission before getting into the nitty-gritty of what it took to rescue the boys. Using never-before-seen footage of the cave dive, photographs, dramatised sequences and digital mapping of the actual cave, we get a first-hand account of the challenges, emotions and small victories.

Unsung heroes cease to be unsung heroes when addressed and while this is true for the subjects of 13 Lost, they deserve the spotlight for their valiant efforts. Ben Reymenants, Maksym Polejaka and Bruce Konefe were brought in to assist, advise and manage a challenging and dangerous rescue operation. While it wasn’t without sacrifice, these men put their lives on the line and 13 Lost tells one of the most crucial behind-the-scenes stories that led to the rescue of 13 lives.

Doing the preliminary work of navigating the dangerous network of caves, only able to see as far as their hands, they laid a cable to guide the rescue mission. Huber focuses on Belgian diver, Reymenants, who speaks openly, humbly and earnestly about his experiences with supporting interview footage from seasoned Ukranian divers, Maksym Polejaka and Vsevolod Korobov. Getting a first-hand account and reliving the drama through his eyes gives us an intimate insider’s perspective.

When all hope seemed to be lost and international diving teams were calling it quits, these divers inspired renewed efforts as part of the Thai navy seals team. Surviving 10 days, it’s a miraculous, stirring and winsome story about real-life heroics. While the film The Cave has already taken a shot at bringing the story to life with some dramatic license, you can be sure there will be more in the works. 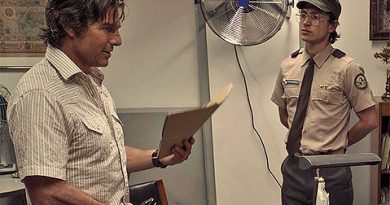 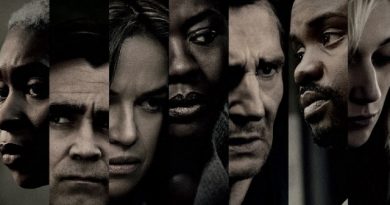