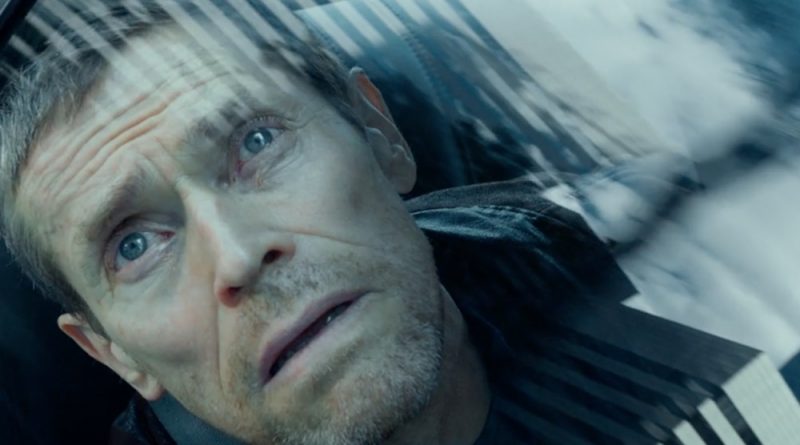 My Hindu Friend is Hector Babenco’s last film about a director who’s confronted with the idea that he may need to relearn how to live. Best known for Carandiru and Pixote, there’s a biographical element to My Hindu Friend as a director undergoes cancer treatment. As a director who underwent a bone marrow transplant for lymphatic cancer, this film is a personal meditation or reflection on his journey. Having survived the treatment, the ruminations on the topic and rebirth have a more intimate inside angle. Unfortunately, Babenco’s journey of self-discovery and questions of mortality suspend the film, making it lofty yet difficult to access for the rest of us.

“What you are about to watch is a story that happened
to me and I present it in the best way I know how.” ~ Hector Babenco

To carry his unique point-of-view is Hollywood legend, Willem Dafoe. Instantly recognisable, it’s quite surprising how versatile and in-demand he’s been over the years, possibly owing to his fearless approach. Playing a director undergoing cancer treatment, this is one of his most unusual leading roles, allowing him to toy with the idea of mortality and searching for that kernel of truth. Dafoe is a consummate professional, immersing himself in this character, embracing and owning every flaw and whim.

My Hindu Friend is loosely inspired by the work of Fellini, dealing with grand themes, celebrating the fullness of life through a spiritual dimension whilst operating with a sensual tone. It’s a rather surreal experience, allowing unreality to seep into the director’s world as he confronts death. Centred around Dafoe, he pushes off his supporting cast in Maria Fernanda Cândido and Reynaldo Gianecchini, giving us a glimpse into his fractious interpersonal relationships.

“I’m as bald as I entered the world…”

While quite fascinating as a character portrait and visually-enticing in terms of cinematography, there’s a disconnect at its core. The storytelling is quite scattershot branching out in all directions and much like the film, the character is too self-absorbed. This inaccessibility distances us, insulated even further by an unwieldy edit and some rather wispy characters. While beautiful, the lack of identification turns My Hindu Friend into an event-driven drama. The liberation isn’t as altruistic or redemptive, keeping the focus on this man’s self interests.

My Hindu Friend is ambitious, poetic and spurred by committed performances, crafting some magical moments but remains too aloof to truly transcend and fall in love with. It’s a self-indulgent film that Babenco made mostly for himself. While choosing to be true to himself lends My Hindu Friend a singular feel and flavour, which is smoothed over by Dafoe’s star quality and talent, it’s a little alienating as the coming-of-age drama remains as aloof and self-absorbed as its lead.