Tim Greene recently wrapped shooting on Cabin Fever his lockdown concept film. The Boy Called Twist writer-director has become known for his entrepreneurial and pioneering spirit when it comes to film-making.

His latest film was a collaborative effort under lockdown as the film-maker wrote, directed and co-ordinated a film remotely. Cabin Fever is experimental in nature yet leaning on the new video formats we’ve become accustomed to in this age of social media and mobile phones. Spling caught up with Greene to find out more…

Can you tell us how you stumbled upon this idea, was it a natural response to the lockdown?

It all started when a producer told me a channel had approached him for ideas on how to keep shooting in lockdown. I sent in a one-page pitch, outlining the challenges and possible solutions. I never heard back from them, but the idea stuck. And grew…

What was the response like to your film’s concept?

It’s been overwhelming and extremely positive. I think because it’s a fresh and creative solution that turns a big problem into a great opportunity.
The last time I experienced this sort of support was back in 2003 when I crowd-financed my first feature film (Boy Called Twist) by getting 1000 investors to each pledge R1000.00, many years before the idea of crowd-financing was even a thing!

The big difference was that I wasn’t just selecting actors, I was also choosing the locations the actors were in. It was a package deal.

This film obviously relied almost entirely on modern technology, what were some of the challenges of doing everything digitally?

We’d rehearse on Zoom, so the actors could all get a sense of one another’s’ performance, which had all the obvious bandwidth challenges and frustrations. But then they’d go off and shoot high rez and transfer the files back, which was always so exciting to see how they’d
turned out, and how they’d fit together.

Having the cast control the camera must have required a great deal of trust and this whole undertaking must have been quite collaborative. Was the process easy for you to coordinate and would you have done anything differently in retrospect?

I got so lucky with my cast… not only were they great performers, but are eleven of the nicest, most accommodating, patient and resilient people I’ve ever had the pleasure of working with. I was always a little apprehensive that they’d lose patience with the project, but over 35 days no one ever did. And some of them turned out to be extremely talented camera operators as well! 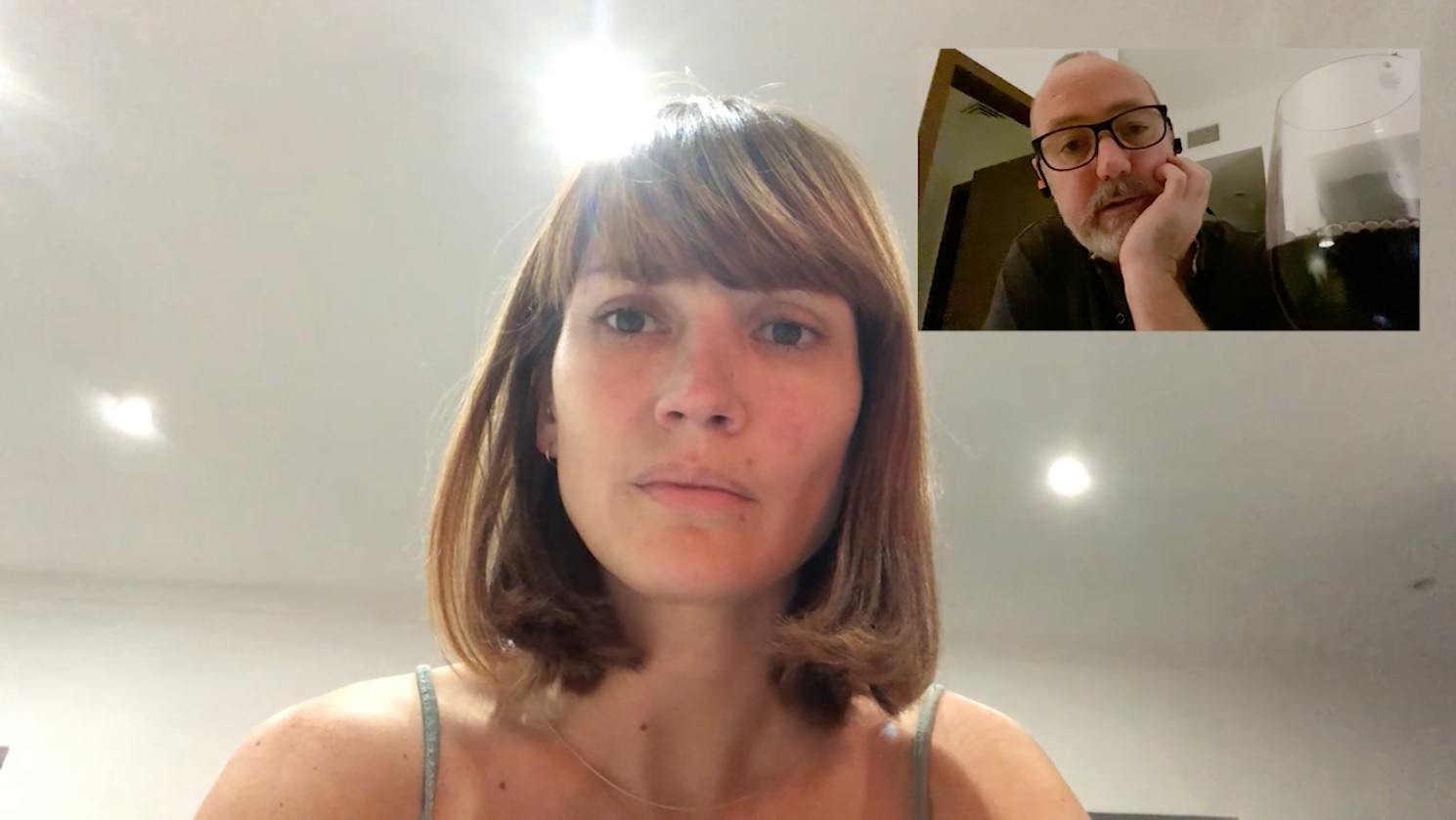 It strikes me that since much of what created the film depended on the availability of certain props, do you feel that this added a sense of spontaneity to it?

Yes, it was always a challenge to figure out how best to use what was available. When we started shooting I’d only written the first three scenes. After that I’d have an idea, then ask the actors how we could achieve it… what they had to hand, how we could use it to best effect. It
was a really challenging and stimulating process. We couldn’t stop. Just soldier on, making do with what we had. I loved every second of it.

We didn’t really try to make it consistent. We didn’t need to, because the whole film is told in a series of video calls, meetings and messages, and we could just embrace the fact that everyone was using different devices, each with their own look and feel.

Did you have any influences going into the production? The trailer made me think of recent high concept films like Searching and that one episode of Modern Family specifically.

I saw Searching a while back and it certainly opened my mind to the possibilities of using contemporary online media in film. It was so uncompromising, so ready to embrace everything that was out there. But it wasn’t a very aesthetically pleasing film, and to me it felt a little lurid. I was interested in seeing if I could make something with more traditionally ‘filmic’ values while embracing the limits and possibilities of the tech.

Steven Soderbergh filmed Unsane mostly on an iPhone, do you think there’s a growing acceptance and market for these kinds of low-budget productions?

Sure, most of the media in the world right now is created this way. Certainly everything my daughters watch on YouTube. And it looks pretty good. And as camera phones get better each year, it won’t be long before they’re almost indistinguishable when used as substitute movie
cameras. But that wasn’t what we set out to do. We wanted to foreground the fact that the characters were creating the video on their devices, complete with bumps, shudders and all the glitches we’ve become accustomed to.

The film is currently in post-production, what do you hope to achieve with it when it’s released?

We’re hoping it will find a home on an online streaming platform, and that people will be attracted by the novelty of the way it was made, but then drawn in to the characters, the ideas and the story that is being told.

It’s believed to be the first of its kind. Many people have created webcam type content during this lockdown, why do you think more filmmakers haven’t taken full advantage of this time?

There have actually been a tonne of creative responses to the lockdown. Lots of brilliant comedy. Some innovative performance pieces. But I think what sets our project apart is the scale of our ambition. I don’t think anyone apart from me has been crazy enough to say let’s make a full length feature film without any crew, any money and without setting foot outside our homes!

You’ve probably been quite heavily involved in almost every aspect of the film-making process with Cabin Fever? Which element has been the most challenging for you in terms of the storytelling process?

Sharing duties looking after two very demanding daughters while trying to write, direct and edit a film really has to have been the most demanding thing I’ve ever done. But it’s been brilliant. The lockdown has whizzed by, and I haven’t felt bored for a moment. 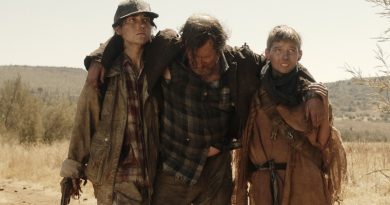 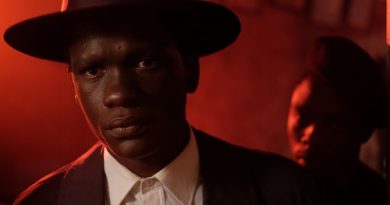 Lemogang Tsipa on ‘Back of the Moon’