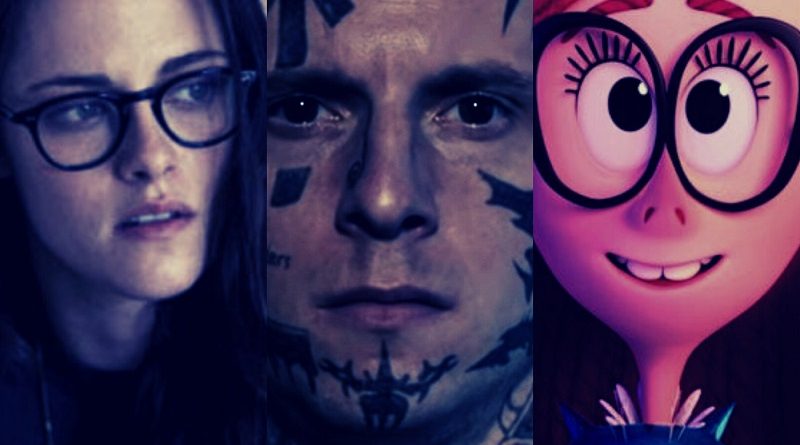 This week, we’re talking about a lofty drama, an intense coming-of-age drama and a wacky animated adventure.

Starting off with a film now on Labia Home Screen…

A film star comes face-to-face with an uncomfortable reflection of herself.

– This character study explores the nature of art and celebrity
– centred on an actress who is now playing the supporting role to the one that made her famous, it’s a journey of acceptance as she comes to embrace and make peace with an unusual casting decision
– navigating the public relations, celebrity culture and art’s evolution from the perspective of its audience, Clouds of Sils Maria is an abstract and lofty drama wth an independent spirit
– blurring the lines of reality and illusion, we watch as the characters engage on a film level, submerging into the realm of reading lines for a play and then reflecting the inner workings of the characters in their own reality
– comparable with the work of Bergman, it’s a fascinating and engaging piece of cinema, powered by a trio of excellent performances from Binoche, Stewart and Moretz
– the trajectory of an aging Hollywood actress is a curiosity all on its own, making this film timely in its observations of youth and maturity
– the performances bring it to life creating a meandering piece not unlike Before Sunrise, where the hang out dialogue drifts with its own intelligent discourse gently guiding the overarching themes home.
– At times it can be frustratingly slow as you reach for the words that seem to dissipate, yet it’s always entertaining… from great chemistry between Binoche and Stewart to the otherworldly mountaintops and magical cloud formations of Sils Maria
– It’s wonderful to grow with Binoche, who makes a remarkable transition and it’s quite surprising see Stewart’s full potential in this rich, meandering and enigmatic coming-of-age drama.

A man raised by racist skinheads and notorious among white supremacists turns his back on hatred and violence to transform his life.

– Bell is best known for his breakthrough role in Billy Elliott, yet seems to be getting better and better with each performance taking on one of his most intense, aggressive yet conversely vulnerable characters.
– Based on the true story of Bryon Widner, we encounter a deeply conflicted man whose upbringing and family roots thwart his attempt at freedom and a new chapter in his relationship with a woman and her three children.
– Delving into the tense, divided and controversial world of a white supremacist group with a strong identification with viking ancestry, it makes for prickly and uncomfortable viewing at times.
– While these intense dramatic sequences are staggered, informing the morality and even awakening of its lead, it earns it’s age restriction with strong prejudice, harsh violence and coarse language.
– Skin’s an incredible story, showing the heroic ongoing work of a conversion strategist through the eyes of one of his most notorious cases.
– Interspersing the narrative with flash-forwards, the edit cuts into the story’s flow, offering glimpses of Widner’s life as he comes out of the darkness into the light.
– Bell is brooding and invested in Widner, embodying much of the fury and hatred you’d expect, tempering a magnetic performance with the trickle of a quiet conversion.
– It’s a gritty, intense and taut crime drama about a man on the FBI’s watchlist, which exemplifies the gang mentality of the white supremacist group and its cult appeal to the rudderless.
– It’s a bit too scattered to rival American History X, but delivers an impactful and potent biographical slice-of-life.

And finally a movie now on Netflix…

The Willoughby children hatch a sneaky plan to send their terrible parents on a bad vacation.

– The Willoughbys is the wackiest animated family comedy adventure to come to screen since Meet the Robinsons.
– Ricky Gervais lends his dry sense of humour to a blue cat narrator, which may give you an idea of the offbeat kind of comedy at play.
– A modern fairytale where generational homes and sweet factories set the scene for globetrotting misadventure, it’s a wild and fun escapade with a dark edge, reminiscent of Despicable Me for its mix of dysfunctional family and surreal hijinx.
– Completely unpredictable, guided by a stellar comedy voice cast and Gervais who seems to have all the best lines, the movie is delightful and imaginative.
– Fantasy elements underpin the adventure, which is sometimes frenzied but always brought back with a touch of warmth.
– This nutty animated adventure breaks the rules with oodles of energy, whimsy and wink-wink charm.
– The Willoughbys is not for everyone but will appeal to you if you like your comedy delightfully dark and zippy.

CLOUDS OF SILS MARIA… spirited performances, great chemistry and timely themes blur the line in this lofty yet entertaining drama… An excellent 8!

THE WILLOUGHBYS… a delightfully dark, funny, imaginative and wacky animated adventure with a stellar voice cast… A solid 7! 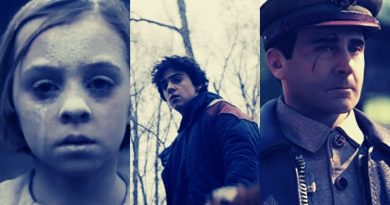 Talking Movies: The Bombardment, Don’t Tell a Soul and Welcome to Marwen 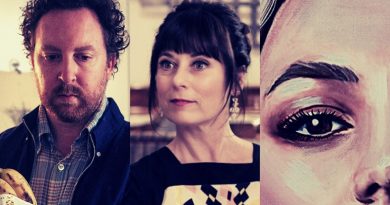 Talking Movies: Run Uje Run, Risks and Side Effects and Britney vs Spears