Bellingcat: Truth in a Post-truth World is a documentary about the investigative work and team behind Bellingcat, an international media watchdog agency of citizen journalists. We’re living in a time when traditional gatekeepers have handed over a great deal of power to the audience. Now that everyone can potentially be an accidental journalist at the scene of a happening with their smartphone, the rules of journalism have changed. Giving the audience the power to create the news without being filtered through a reputable news institution with a set agenda, there’s a great deal of freedom to interpret and manipulate information.

The post-truth era isn’t bearing witness to anything we haven’t seen before when it comes to the proliferation of propaganda or weaponised communication. However, social media networks have opened the doorway to instantaneous news that doesn’t have to wait to go to print and be distributed before breaking. The ability to broadcast far and wide without any official verification, authority or credibility means that anyone can effectively pick up a loudspeaker. As Professor Claire Wardle points out in the Bellingcat documentary, “We have an emotional relationship to information… if you receive information that reinforces your world view, you’ve got no interest to check [verify] it.”

This blur is what prompted founder and executive director, Eliot Higgins, to launch Bellingcat, named after an allegory of mice putting a bell on a cat. He realised a need for this kind of verification, which wasn’t necessarily happening between a story breaking and news wires distributing it to news agencies across the world. Focusing their online investigative work on international incidents that could be analysed through the rich data openly available, Bellingcat was able to tap into a niche area of journalism.

Bellingcat: Truth in a Post-truth World is written and directed by Hans Pool. Profiling some of their brave members, interviewing professors and lacing together news footage, Bellingcat is a thoroughly entertaining, fascinating, inspiring and timely documentary. It restores hope in an era where there’s so much illusion and suspicion around what’s real and what isn’t and is influencing reputable news institutions like The New York Times to incorporate these ideas.

“This is Charlie Alpha Tango… the bell is in position.”

Competing with the speed of social media, news services are pushed for time and resources, unable to do the kind of deep dive verification that can filter fact from fiction. The Bellingcat methodology enables the small team to co-ordinate investigations from home, leveraging cutting edge digital techniques to mine social media platforms, Google Earth and video analysis to geo-locate, fact-check and build compelling cases. Flexible, nimble and untethered, the news team of truth-seekers have more time to drill down and are able to leverage available open source data better.

The documentary establishes the new age of misinformation, fake news and wildfire propaganda and why it’s so difficult for audiences to decipher what’s real. Presenting some of Bellingcat’s most compelling and fascinating breakthroughs as case studies, we’re introduced to the investigative team and immersed in their world of verification and reporting. The film covers the MH17 disaster, the Syrian Civil War and mysterious poisoning of a Russian spy in the United Kingdom… just a handful of the cases they’ve splayed open. Right now, they’re investigating the explosion in Lebanon.

Their research is supported by official investigative bodies, often makes the news and their important methods are being offered as part of training workshops. It’s no wonder their journalistic endeavours are under threat – especially when you consider the kind of governments, billionaires, newspapers, networks and mercenaries they’re exposing. Bellingcat: Truth in a Post-truth World serves as a showcase for the investigative news organisation, inspiring methodology and innovative reporting. It also humanises the founding members and news team who are making waves within their industry. Some groups get obsessed with video games and Bellingcat takes the same level of obsession into their illuminating citizen investigations.

This kind of deep dive news analysis is essential in the media-saturated post-truth era and will inspire a generation of truth-seekers, but only if we help them. Leveraging crowdfunding and services like Patreon, they’ve managed to accumulate over 250k followers on Twitter and grow their website’s presence on the back of an award-winning podcast. Their news reporting runs on absolute transparency, which is what makes it easy to trust their independent operation. We need more media watchdog agencies like Bellingcat to keep journalism accountable and the truth within our grasp. 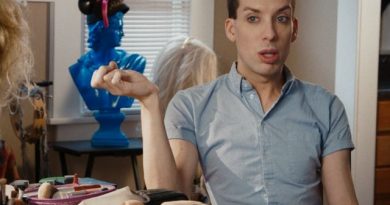