Spling reviews Days of Cannibalism, Finding Sally and By All Means Necessary as broadcast on Talking Movies, Fine Music Radio. Listen to podcast.

The contradictions of the country of Lesotho today.

– Days of Cannibalism is a metaphor for the moral and cultural disarray Lesotho finds itself in today.
– Livestock is still an important commodity and livelihood for many citizens, who are facing greater challenges in a quickly modernising world.
– An influx of Chinese businesses are setting up shops and factories to integrate themselves in Lesotho.
– While welcome as trading posts, their business methodology is geared towards accelerating growth and profit in a vulnerable economy already stretched under unemployment.
– Days of Cannibalism explores the integration of the Chinese in Lesotho’s society from a fly-on-the-wall perspective and the rise of crime in a struggling economy.
– Recalling Five Fingers for Marseilles through horse-racing, unspoilt landscapes and police intervention, it also taps into the hardships of cattle-rearing, rising unemployment and changing attitude toward ancient traditions.
– Guiding the film without narration, the inside stories give us an in-depth perspective about the current state of affairs without becoming preachy.
– The contrasts and culture shock speaks for itself as the film-makers gather an impressive array of all-access footage from a district court proceeding to CCTV footage of a wholesale robbery to a grandfather trying to discipline an irresponsible young man.
– Representing Lesotho as it is, rather than putting words in our mouths, Days of Cannibalism laces together an almost-poetic portrait of a country in the throes of change.

A personal investigation into the mysterious life of an Ethiopian aristocrat-turned-communist-rebel.

– Dawit only discovered her father had a fifth sister named Selamawit or Sally in her thirties.
– This prompted the Canadian-born film-maker to move to her family’s homeland of Ethiopia to find out what became of her aunt.
– Steeped in the same enigma that made Searching for Sugarman so compelling, Dawit connects with her four aunts who have each tried to overcome the heartache and mystery of what happened to their sister.
– While an emotional journey, Finding Sally is also an investigative one recapping some of Ethiopia’s darkest days under a dictatorship and the Red Terror regime.
– It’s an eye-opening documentary, splaying open their forgotten history, exploring the country’s current political mindset about dissent and revisiting some of the devastation caused by killing political figures, activists and citizens without any questions.
– Dawit covers the country’s fascinating political history through her aunts and their recollections from the perspective of their long lost sister.
– The documentary may deal with overarching concerns, especially during Sally’s time, but retains an on-the-ground feel as her sisters and friends create a portrait of their dear sister.
– It’s an intimate film, opening up the past, covering her path to becoming an activist and then rebel, and getting real answers about what actually came of her…
– Unlocking their family history, memories of Sally and taking the expedition to trace her last days, Finding Sally draws you into this personal and touching story through photos, archive footage and extensive family interviews.
– Taken from her perspective and based on her family, Dawit treads lightly capturing an informative, heartfelt and revelatory mystery.

BY ALL MEANS NECESSARY

A chronicle and commemoration of 50 years of Africa’s Liberation Movement, from Algeria to South Africa.

– Starting with the costly independence of Algeria in 1962 and taking a special interest in South Africa, this in-depth documentary unpacks Algeria’s support of various other liberation struggles across the continent.
– Discussing their military, training and supplies support of other African countries through the OAU, it’s a story of Pan-Africanism in the African liberation project.
– Dedicated to metering out the same colonial overthrow as French Algeria by all means necessary, the interviewees discuss triumphs and setbacks of their assistive strategy.
– The documentary takes a traditional approach, leveraging key interviews and contrasting them with a rich selection of archive material and behind-the-scenes footage.
– Mostly black-and-white and featuring an extensive array of archive footage, By All Means Necessary gathers historical signficance, revisiting the influence of Miriam Makeba.
– One of the few accounts of the history of African unity, By All Means Necessary has some important reverbarations for South Africa’s current xenophobia issues and Africa’s disconnectedness.
– This is a pivotal, eye-opening and commendable compilation, but is niche and scattershot, coming across like a history lesson or the kind of film you’d find playing in a museum.

DAYS OF CANNIBALISM… this near-poetic and thought-provoking fly-on-the-wall documentary grapples with Lesotho’s current and looming struggles… A solid 7!

FINDING SALLY… an emotive, eye-opening and intimate family portrait against the backdrop of a forgotten political history… An excellent 8! 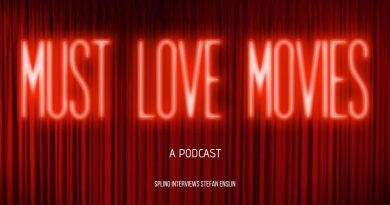 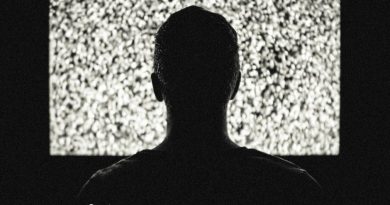 Talking Movies: The Man with the Iron Heart, The Look of Silence and The Belko Experiment