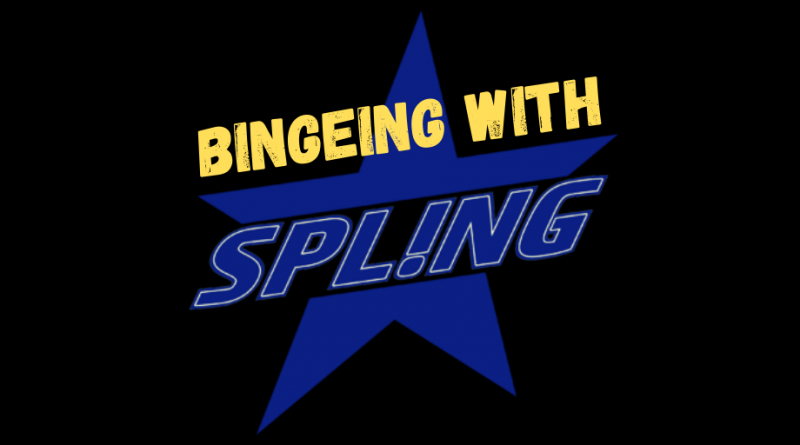 Spling hosted a #BingeingWithSpling watch party on Heritage Day with coming-of-age sports drama Beyond the River as the main feature and short film drama The Letter Reader as a curtain-raiser.

Beyond the River is a guts-and-glory sports drama based on the true story of Piers Cruickshanks and Siseko Ntondini, an unlikely Dusi canoe marathon team. Coming from completely different walks of life, this is an inspiring, stirring and uniquely South African drama. The film is directed by Craig Freimond and co-stars Lemogang Tsipa and Grant Swanby with a solid supporting cast.

Revolving around themes of integration, teamwork, anti-racism and putting others ahead of ourselves, Beyond the River has a great resonanace and message for South Africa. This makes it a perfect choice to celebrate our nation’s Heritage Day through arts, culture and diversity.

The Letter Reader journeys with a boy from Johannesburg who travels to a rural village in Bergville as part of the pictureque Drakensberg in Kwazul-Natal. Based on Thabo Mbeki’s biography, The Dream Deferred, it also carries some powerful ideas and expresses them gently through this beautifully shot and soulful short film from Sibusiso Khuzwayo.

As host, Spling presented a watch party introduction video to explain the event concept, discuss the movie and get viewers excited for a big movie night in. Designed to create a shared experience for everyone from the comfort of their couch, ‘Bingeing with Spling’ watch parties get people interacting via the #BingeingWithSpling hashtag. It’s all about bringing the movie experience home, grabbing some popcorn and keeping a social media device on standby before switching over to Showmax for the curtain-raiser and main feature.

Getting cool movie trivia, live-commenting on the film, engaging directly with Spling and getting the chance to win great prizes, the watch party makes it so much more than just a movie night! Spling invited Beyond the River leading actor, Lemogang Tsipa, to join as a special guest. In film he’s best known for Beyond the River, Eye in the Sky, The Dark Tower and Troy: Fall of a City. On TV, he’s famous for his roles in eKasi+ and Traffic!. We were also lucky enough to have The Letter Reader’s Sibusiso Khuzwayo check in to answer questions.

For the first time, Spling welcomed a special guest performance from Shen better known as ShenFM who played a Heritage Day tribute and mash-up of two Paul Simon classics. A competitor on The Voice, the multi-talented muso has collaborated with Jimmy Dludlu, played at Madibas 90th birthday bash… his energetic and lyrical infusion of soft rock, jazz and African eccentricity. Having been inspired by South African music, Simon gifted the world with Graceland, an album with distinctly South African sounds and rhythms.

Doing movie night together, making it more engaging, creating another dimension to the film and adding heaps of entertainment value… it’s a celebration of everything great about movies. It’s more of a movie night festival with a special performance and interview with the special guest to book end the watch party.

The #BingeingWithSpling watch party started with some movie games. A *wrong titles* only game with Chappie led into a poll to find out, which is the better of the two Tarantino movies, Five Fingers for Marseilles or Noem my Skollie.

Being engaging and touching films, many participants commented on their emotive quality with a special relevance for South Africans on Heritage Day. In another first, we had a WhatsApp chat room for folks who wanted to join the watch party with more real-time commentary. It was wonderful having Sibusiso Khuzwayo and Lemogang Tsipa present during the watch party to add their comments. Bouncing questions off Lemogang during the event, Spling went on to interview the actor on his role in the main feature and his career via a Zoom video conference call.

All in all, this #BingeingWithSpling watch party was a timely reminder about our nation’s rich diversity and brimming arts and culture talents. Follow @SplingMovies or join the official ‘Bingeing with Spling’ watch party group on Facebook or WhatsApp to stay tuned for updates.

Best Comments on the Night

“Thank you so much Spling for such beautiful, kind words. Thank you for a great initiative that celebrates local films.” ~ Sibusiso Khuzwayo (@Sleevesup1) Twitter

“The magic of this film was how unlikely the events that took place were & yet they took place. Such stories are what’s beautiful about South Africa.” uMandlakazi (@uMandlakazi) Twitter

“Super amped… Seeing all the beautiful scenery is making me keen for a road trip.” Alistair Ross, WhatsApp Group

“That was seriously such an incredibly powerful film wow!” Melody Hey, WhatsApp Group 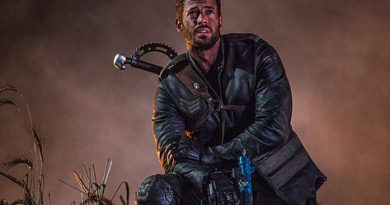 Milla Jovovich on Alice and the ‘Resident Evil’ Revolution 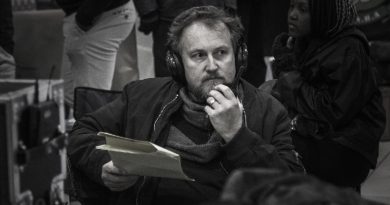