Totally Under Control chronicles the Trump administration’s response to the outbreak of the Coronavirus. Through interviews with public health and inside political officials, the filmmakers contrast this discussion with South Korea’s much more effective response. This startling and timely documentary is directed by Alex Gibney as well as Suzanne Hillinger and Ophelia Harutyunyan, who are better known as film producers. You may know the award-winning and renowned documentarian’s previous film, The Inventor: Out for Blood in Silicon Valley, which investigated the rise and fall of medical pioneer Elizabeth Holmes and her company Theranos.

Totally Under Control is the kind of documentary Michael Moore would have loved to make. Political, edgy, incisive, intrepid and brave… it carries the same weight and appeal without pandering to Moore’s penchant for drama and satire. If Moore had made Totally Under Control, it would have probably involved an attempt at an awkward interview with Trump and more stirring when it comes to mask politics. Gibney’s vision and style isn’t as inflammatory, in spite of using the 9/11 death toll as a marker, but takes a note from the title demonstrating a calm control in presenting this important and infuriating documentary. With elections on the horizon, this sharp documentary exposes the careless leadership, political corruption and mismanagement of a dire situation, the devastation of which, could have been mitigated.

The US government’s mismanagement of the pandemic has been on public display and it’s easy for any world citizen to see how poorly the situation has been managed. Their reputation as a global powerhouse means many other nations look up to the United States as an inspiration and for guidance. While Trump’s inauguration and administrative term has sown division among its people and been arguably a mixed bag at best, American politics has essentially been reduced to a circus. Insidious PR campaigns, a desire for forthright leadership, an increase in nationalism and xenophobia… whatever led to Trump America, it’s been a blight. As Totally Under Control argues, ineffective lockdowns, misguided leadership and administrative incompetence from the federal government has exacerbated the affects of the pandemic with a death toll of over 200,000 people.

What’s brilliant about Totally Under Control is that it’s able to offer a well-balanced and comprehensive overview with an international perspective in the space of 2 hours. Following a timeline at the bottom of the screen, the filmmakers check into various turning points over the most critical first few months of 2020. The US and South Korea both discovered their first case of Coronavirus on 20 January and the comparison between both countries diverges from this point. Using some of the CDC’s policies, South Korea managed to limit the spread of the virus only losing 344 lives without significant lockdowns.

Totally Under Control was filmed in secret but under proper health and safety guidelines, sidestepping hypocrisy and openly demonstrating its efforts. Shipping a portable camera rig or walling off the crew, they capture interview footage without creating unnecessary risks at a time when the film industry was curtailed. The documentary works chronologically, starting with the response to citizens arriving back from Wuhan, where 11 million were quarantined, to the first case in Seattle. Discussing the difficulty of raising the alarm to insist civilians fight an unseen virus with many hoping it would just go away, Totally Under Control captures the Zeitgeist.

Both the US and South Korea had infectious disease control measures, having been exposed to airborne viruses in the past, yet with a changeover in Obama’s Presidency some of these lessons were not learned or preserved. A 69 page national security council biological threat playbook was reportedly not used and discarded as part of a clean break when Trump took office at the White House. Examining some of the key figures in the Trump administration, it’s clear that experience isn’t valued as much as loyalty with the government geared towards economic growth with a clear disdain for medical science. Those who spoke up or tried to convey the danger of inaction and delayed responses were dismissed. Coasting on the false confidence of retorts like “we’ve got this”, Trump continued his diplomatic trips and golfing schedule.

From not providing test kits fast enough to critical flaws in those provided, there was much bungling with the FDA’s policies and bureaucracy dragging the approval process and efficacy of health labs. The slow-walking of testing, push-and-pull between medical and economic figureheads and exposure to communities at a high health risk was beginning to have an impact as cramped airports became the perfect breeding ground. Having Pence taking over from Azar at a point where there were still reports of less than 100 confirmed cases per day, the disease had already spread to half the states.

This was coupled with a national stockpile of masks beyond their shelf-life, outsourcing the manufacture of N95 masks, delayed supplies and a growing federal versus state debacle. Exploring the severe lack of PPE, politicised “do not use face masks” messaging and the hydroxochloroquine drug controversy, Gibney unpacks each failure. It’s clear that health security and defence security are not given the same level of importance. The Trump administration’s biggest political blunder has been their reluctance to accept science and sticking to their misinformed “we got this” mantra.

Through news reporting, interviews, in-hospital footage, emails and social media, Totally Under Control builds a definitive play-by-play account of the pandemic response. Alex Gibney cleverly contrasts this view with South Korea, where their pandemic outbreak response is partly based on the US government’s CDC protocol. This documentary’s cool, calm and collected approach makes it about the facts over the emotion, something that reporting tends to overlook in today’s media-saturated world. The cold hard facts are laid out, peppered with some 9/11 comparisons to contextualise the death toll numbers and stoke righteous indignation and fury. If Totally Under Control doesn’t land a critical blow to Trump’s reelection campaign, one can only hope common sense will prevail. 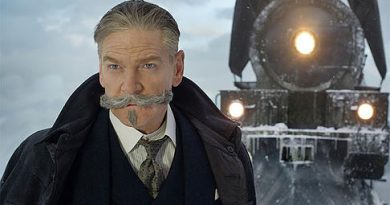 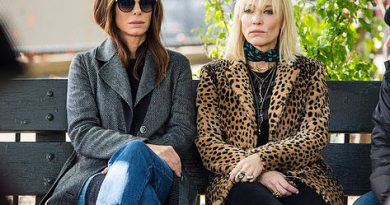 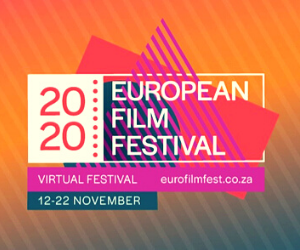