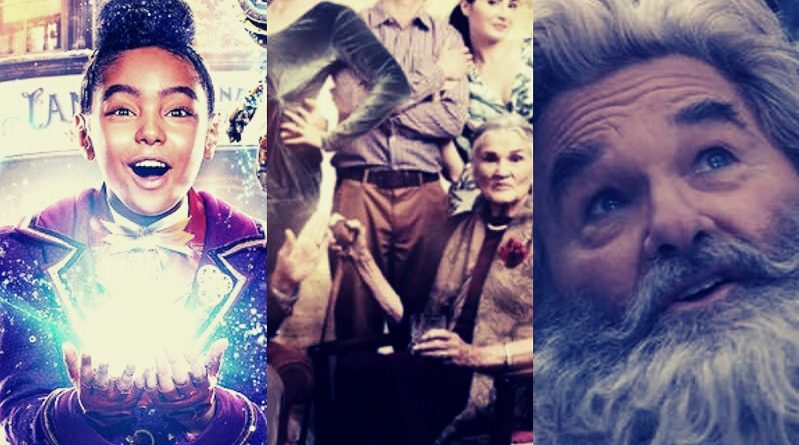 Starting off with a movie now on Netflix…

A Christmas tale about an eccentric toymaker, his adventurous granddaughter and a magical invention.

– Jingle Jangle: A Christmas Journey is a magpie of a film, latching onto better movies for inspiration under the guiding hand of Talbert.
– The main driving force is The Greatest Showman, a contemporary period piece musical drama, but it also has touches of Hugo and Mr. Magorium’s Wonder Emporium.
– The Greatest Showman comes through in the modern slant and contemporary appetite for music, which have now created a subgenre of their own.
– Going for fresh dance choreography and powerful musical numbers, it carries a similar weighting in terms of colourful, upbeat entertainment and flair.
– The most refreshing thing about Jingle Jangle is the mostly black cast, referencing Black Panther’s Wakanda in its role reversal and casting overhaul of the genre.
– Hugo comes through in the shimmer, wonder and invention, bringing a child-like fascination and old world style into play.
– Mr. Magorium’s Wonder Emporium is inferior by contrast but has a similar tone and ambition as family entertainment.
– Jingle Jangle is bolstered by a charming cast headlined by Whitaker and introducing a bright spark in Mills.
– Using first-rate visual effects and bright colours, this is a loud movie that takes some getting used to… made somewhat easier if you loved The Greatest Showman.
– Setting the scene and characters, things shift up a gear when the spirited Mills enters the fray with star-making Annie attitude.
– It may not be as crisp as some of its influences but delivers a healthy dose of Christmas cheer and feel-good fun.

Claire tries to rope her fiancé’s family into filming a docu-film to launch her career.

– Christmas is a time for peace on earth and goodwill but can also be a time of tinsel-draped family dysfunction.
– This is the case with A Boere-Krismas, a character-driven dramedy about fitting in and finding oneself.
– Featuring a strong ensemble of local actors, the film has a mockumentary undertone as Claire and her fiancé video Christmas at the future in-laws.
– Gathering candid interviews and fly-on-the-wall footage, there are some parallels with Modern Family with a greater awareness of the camera.
– It’s wonderful to see the actors immerse themselves in the situation as English-Afrikaans cultural prejudices mingle with keeping up appearances style comedy.
– A Boere-Krismas is at its best when it centres on the family, their social dynamics and Christmas traditions.
– Otherwise, it’s a bit disjointed in trying to book-end the film with Claire’s personal journey of discovery as the persistent outsider to her own story… perhaps shooting was interrupted by the onset of the pandemic.
– The comedy and characters make it entertaining and enjoyable in the midst of dysfunction and long-awaited reveals, while Claire has one or two good moments in trying to pull her life together.
– While the concept is good, the story weighting is off-balance, as funny and character-filled as it is… it doesn’t quite jel.

And finally another movie on Netflix…

– There seems to be a glut of Christmas movies out there, so it’s always surprising to find one that dares to think outside-the-gift-box.
– Giving Santa a modern spin is Kurt Russell, who does a phenomenal job of playing a street-wise Santa brandishing his star power.
– The Christmas Chronicles is contemporary in its outlook, reflecting a suspicious world and disillusioned kids.
– It’s powered by a great message about the world’s need for hope and Christmas spirit’s timely reminder to be good.
– The Christmas Chronicles has a modern dimension, using a handheld video camera in a child’s hands as the lens to help realise fantastic events.
– While the film eventually capsizes into its CGI, it’s largely excused by the fun, adventurous feel and sharp visual effects up until that point.
– Beyond creating believable anchor points to root the mythos of Christmas, the beautiful visuals support the overarching vision.
– This is sold by Russell’s swagger, who is ably supported by two young stars who became entranced by the magic of Christmas.
– Dazzling in terms of visuals, it’s also touching as the kids find a fatherly figure in Saint Nick.
– The Christmas Chronicles captures the fun, heart and magic of the holiday celebration with a slightly irreverent yet more relatable take on the jolly purveyor of gifts.
– It overplays its hand at several interchanges but Russell’s enthusiasm and charm helps land the sleigh without ruining Christmas.

A BOERE-KRISMAS… a curious concept and sharp ensemble fuel this entertaining yet disjointed character-driven mockumentary… A satisfactory 6! 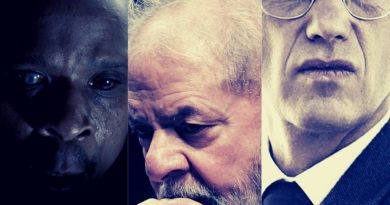 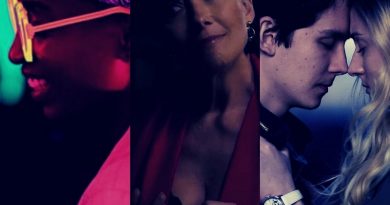