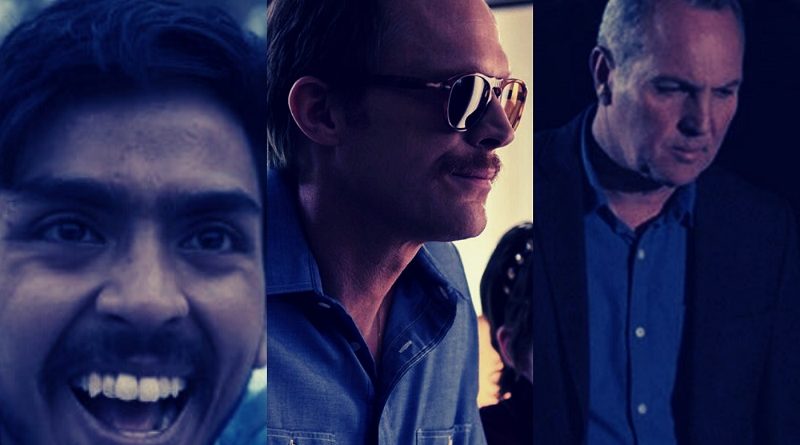 This week, we’re talking about a crime drama, a coming-of-age dramedy and a local crime drama.

An ambitious Indian driver uses his wit and cunning to escape from poverty and rise to the top.

– The White Tiger is based on the New York bestseller by Indian author Aravind Adiga.
– The White Tiger is entertaining for its performances, storytelling and rags-to-riches tale, but brooding with disdain with a grim outlook in a country with a long history of feudal class structures, at one point having a thousand castes.
– Nowadays simplified to two, unofficially a universal representation with the middle class disappearing, it uses the metaphor of a chicken coop to explain the relentless master-slave relationship.
– The Wolf of Wall Street had Jordan Belfort and The White Tiger has Balram Halwai… born into a poverty-stricken family, he decides he wants a better life for himself, setting his eyes on a prospective master as if the man was his idol turned prey.
– Set against India’s version of Silicon Valley, Bangalore, his ambition is to give voice to his self-taught brand of entreupreurship.
– Gourav is a complex protagonist as Balram, whose questionable ambition, searing anger and cutthroat agenda makes him compelling if morally dubious.
– Adopting the same displaced feeling of the lead, The White Tiger offers stark contrasts that make it a little-big film candidly capturing India’s highs and lows.
– The ruthless drive of The Wolf of Wall Street is present, yet it’s taken from a Slumdog Millionaire standpoint.
– While dark as a saga of a little criminal becoming a big boss, it echoes Slumdog Millionaire’s wonder and fish-out-of-water adventure.

Moving on to a film now on Amazon Prime…

Frank and his niece Beth take a road trip from New York to Creekville, South Carolina, for the family patriarch’s funeral.

– Bettany is an understated and underrated actor, who immerses himself into roles to the point that he ceases to exist.
– Playing the titular character of Uncle Frank, he’s given the chance to sink into a character struggling with repressed memories, sexual identity and substance abuse.
– Starting as a family portrait, the drama narrows its focus to Frank and his niece, as she begins studying in New York where he serves as a college professor.
– Warm, deeply human performances, a strong focus on family, the act of going against the grain, slow-burning prejudices and an unexpected road trip parallel aspects from Hillbilly Elegy and Green Book.
– Uncle Frank is a good but not great film, buoyed by strong performances and a solid supporting ensemble of recognisable stars such as Stephen Root, Judy Greer, Steve Zahn and Margo Martindale.
– Playing out like a mystery, we get haunting flashbacks to offer more context to this slow-creeping revelation and an eye-opening retrospective of inherent prejudices of the time.
– We’ve come to expect only the best from Bettany who plays opposite a refreshing performance from Macdissi while Lillis is reminiscent of a young Amy Adams.
– Engaging a full range of emotion, drawing us into the story through bittersweet humour and wonderful characters who are followed through with earnest performances, this makes Uncle Frank a smart and effective coming-of-age drama.

And finally a film now on Showmax…

The quiet town of Griekwastad erupts after a family murder casts suspicion on a lone survivor.

– Having been widely publicised, it’s easy to have been exposed to snippets of the actual outcome, now dramatised in Griekwastad.
– Vosloo, one of South Africa’s most seasoned international actors leads the investigation getting top billing over an excellent South African cast including: Tim Theron, Albert Maritz, Albert Pretorius, Rolanda Marais, Jody Abrahams, Deon Lotz and Ira Blanckenberg.
– Centring on a teenage boy who survived the attack, the investigation whittles down as he becomes the prime suspect.
– Adopting a similar grim and gritty atmosphere to LAPD beat crime drama End of Watch, there’s an underlying tension using handheld cameras to blur reality at times.
– While ultimately a discordant and tonally inconsistent decision, interviews in the vein of Bernie, try to offer a glimpse into public sentiment of locals when it comes to being judged in the media.
– One of the highlights is the driving soundtrack, harnessing the dark energy of the crime drama to create a foreboding atmosphere, industrial enough to have been linked back to alternative band, Battery 9.
– Casting Alex van Dyk of The Harvesters, there are similarities with We Need to Talk About Kevin, echoed by the film’s attempt to capture the complex psychological undercurrent.
– Dealing with a minor, trying to rule out a number of swirling theories in a bid to siphon the truth of that fateful night, Vosloo carries the grit and determination of a father figure desperately trying to deny the notion that it could just have easily been his own son.
– While tonally errant, Griekwastad is lifted by a strong cast, an unsettling soundtrack and morbid yet effective mystery crime drama.

UNCLE FRANK… while a little wayward, this dramedy benefits from fine performances, a solid cast and a deeply human story of going against the grain… A solid 7!

GRIEKWASTAD… a solid cast, a powerful true crime story and dark soundtrack power this grim and gritty detective drama in spite of its tonal inconsistencies… A satisfactory 6!

Talking Movies: Dust, The Train of Salt and Sugar and Dick Johnson is Dead

Talking Movies: The Old Man & The Gun, Dumplin’ and The Last Laugh 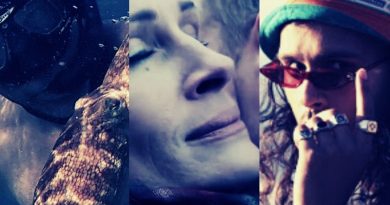 Talking Movies: My Octopus Teacher, Ben is Back and The Art of Fallism