This week, we’re talking about a horror mystery drama, a coming-of-age mystery drama and a superhero action comedy.

Starting off with a film on Netflix…

An artist begins to suspect that her marriage has a sinister darkness, one that rivals her new home’s history.

– Seyfried is a very watchable star whose big eyes and elemental performance make her seem at home as the corruptible innocent in horrors and thrillers, often surviving on wisps of character and her enigmatic star presence.
– The timeless themes of fitting into a new community, the sense of being an impostor, uncovering a family’s dark secret and the loneliness of a troubled marriage all feed into the uncertainty and fear of the family’s next chapter.
– Trying to pack the story content of a season into the space of two hours, the horror moves at a stormy pace.
– Failing to build suspense, cultivate its eerie atmosphere and immerse itself in the dark mood of its setting and predicament, it races along checking boxes without taking the time to dwell or give its characters space to breathe.
– This creates a barrier to engaging with the characters, which is further distanced by their lack of contact points.
– You can appreciate the sleek feel of the cinematography and the heady swirl of themes at play but it seems in vain when the characters get left behind.
– The intrigue of the premise, visual aesthetic, horror elements and quick pacing keep you transfixed, teasing you with the promise of what’s to come, but there’s very little behind the façade.
– Unable to resonate on an emotional level, unwieldy in its attempts to harness its powerful themes and afraid to slow down to steep its story in atmosphere, mood and suspense, Things Heard & Seen is a runaway ghost train of a film that never actually arrives.
– Skipping along the surface of things, there are glimpses of what it could have been, making it an eyeful without the necessary depth to truly entertain or satisfy.

Moving on to a film on Showmax…

A boy with a shameful secret is taken in by a wealthy family after a bombing at the Metropolitan Museum of Art.

– The Goldfinch is an undulating adaptation of the novel by Donna Tartt, an intriguing tale about a boy coping with loss, looking for guidance and navigating the wonder years.
– It’s an elegant and immersive journey film that weaves in and out of the present and the past, piecing together a mystery on the back of a coming-of-age drama.
– From antiques to artwork, The Goldfinch has a penchant for arts, culture and style – lavish in its visual storytelling and soundtrack.
– The cinematography from the renowned Oscar regular, Roger Deakins, reinforces this notion and helps carry Crowley’s vision with grace and poise.
– The Goldfinch is self-indulgent, taking its time to chronicle the growing pains of a young man faced with a moral dilemma.
– Rich in atmosphere and curating great mood thanks to its searching soundtrack, solid performances and visuals merge to create a warm and exquisite film.
– Leaning on a sharp performance from young Fegley, The Goldfinch is further embroidered by Elgort and Kidman with fine work from Luke Wilson, Sarah Paulson and Jeffrey Wright.
– A stellar ensemble, a golden thread of colour, a curious edit and beautiful visuals help compel this far-reaching story as key relationships shape young Theo.
– The dialogue could have been more organic, made to seem like it had been written by Frasier Crane rather than Tinker Tailor Soldier Spy screenwriter Peter Straughn.
– The Goldfinch has been lovingly made with earnest intentions but does drag at times and seems like an unwieldy union of two films.
– It’s the kind of material that could have become a miniseries, but works well enough to entertain – a refreshing diversion from today’s blockbusters or algorithim-based film-making.

And finally a movie on Netflix…

Two friends reunite after one devises a treatment that gives them powers to protect their city.

– Leaning into the popular superhero genre, there’s a more subversive element at play as Thunder Force takes on a spoof-like quality.
– McCarthy’s charms give it a warmth and chipper tone but it’s also geared towards steering into the genre’s more superficial aspects.
– While the superhero craze deserves some lampooning, Thunder Force tries to function as a workable superhero film and a biting comedy.
– The fun concept has merit with an unconventional superhero cast but as wacky as it gets, it’s never entirely convinced of itself.
– In the spirit of Mystery Men, the outlandish humour does land a few laughs, but it’s mostly an awkward and uncomfortable expedition.
– Boasting some spirited classic rock tracks, you can understand what they were probably going for… but in spite of a game cast, it falls flat.
– This escapist fare was designed to be family-friendly but misses the mark and makes you think they were essentially trying to adapt a buddy comedy in the vein of Blades of Glory into an over-the-top female-led superhero flick.

THINGS HEARD & SEEN… this visually-enticing and quick-paced mystery horror drama has powerful themes but is distant, superficial and vapid… A flimsy 4!

THE GOLDFINCH… artful cinematography, a sharp cast and a curious mystery compel this earnest yet elusive, self-indulgent and slow-moving drama… A satisfactory 6!

THUNDER FORCE… a promising comedy concept and cast find themselves stretched in this off-key and half-baked superhero send-up… A flimsy 4! 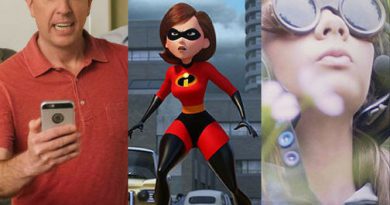 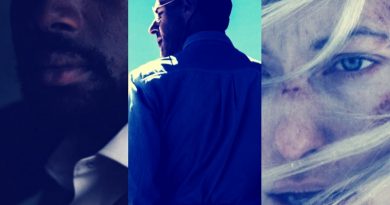 Talking Movies: Back of the Moon, The Odyssey and A Vigilante 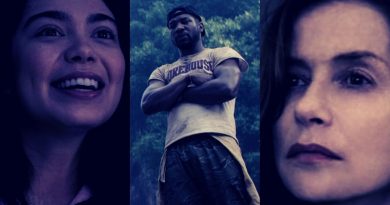 Talking Movies: All Together Now, Da 5 Bloods and Elle