This week, we’re talking about two documentaries and a coming-of-age romance drama.

Starting off with a documentary showing at the Encounters Film Festival…

A rescue group risk their lives to save girls being held by ISIS as abducted sex slaves.

– Human trafficking is prevalent in all parts of the world with an estimated 5 million subjected to sexual exploitation.
– Sabaya focuses on Syria where a support centre has made it their mission to rescue as many of these girls as possible.
– Often captured from the Yazidi, these women are often taken as child brides, being sold on to others like a possession.
– A real-life version of Taken, this fearless documentary takes viewers on several missions to rescue girls from one of the Middle East’s most dangerous camps where they’re held captive.
– Reconnecting them with their families, this organisation gets their intel from a network of girls who infiltrate the camp, putting their lives on the line to interrogate contacts and retrieve the girls.
– Joining these expeditions into situations involving car chases, sabotage and questioning prisoners, Sabaya is a thrilling documentary but it’s also a heartfelt one.
– Having spent years as sabaya, you can only imagine what these girls had to endure, making their rehabilitation and reintegration are heartbreakingly powerful.
– Exploring the country’s cultural and gender divides, this beautifully photographed and suspenseful documentary has touches of Sicario.
– While it effectively captures the dangers without flinching, offering a unique inside perspective of Syria, the documentary could have explained why the agency wasn’t committed to rescuing more woman and children.
– Contrasting the simple, rustic rural life with that of the tent camp, there are some humble and stark contrasts.

Moving on to another documentary at the Encounters Film Festival…

A chronicle of the rise of India’s only newspaper run by Dalit women.

– Journalism and democracy are closely linked, where a free press is able to hold the powerful to account.
– This extraordinary documentary journeys with a newspaper comprised of woman from the lower castes who make investigative journalism their profession in a society where educated women are expected to marry forgoing career prospects.
– Following three bold journalists, who cover a range of stories from illegal mining operations, police apathy when it comes to sexual crimes and the rise of Hindu nationalism in politics, we get an inside look at the newspaper, journalistic integrity and what it means for these determined women.
– Faced with adversity in every aspect of their lives, their journalistic endeavours give them the freedom and power they need in order to make a difference in the lives of the community and region.
– Armed with smartphones to record and compose their articles as they make a digital transition, the documentary chronicles the newspaper’s growing influence as the channel attracts more views and followers in the process.
– Interlacing some of their own footage, yet standing at an arm’s length, the filmmakers managed to convey the characters, the discrimination, the inspiration and the challenges quite deftly and without compromise.
– Holding the interview subjects to account, Writing with Fire shows just how effective and powerful this form of journalism can be when wielded by noble people.
– Heartbreaking in its grounded take on some of India’s underlying issues, its unfettered approach commands respect and should inspire others to take part in this age where digital can be used as a loudspeaker for good.

An extraordinary look at the lives of a middle-aged couple in the midst of the wife’s breast cancer diagnosis.

– Neeson is now known as an action star these days, making it refreshing to see him flexing his dramatic ability in this touching and tender romance drama.
– While he delivers a commendable performance, he’s there to support as an actor and character to Manville who takes the focus with an awardworthy turn.
– A marriage portrait, this heartfelt and nuanced drama is relatable, immersing us in the challenge of coming to terms with cancer as the couple find their love put to the test.
– Playing into its title, this understated Irish film takes a realistic stance, filled with lively organic banter and revealing conversations.
– An all-rounder when it comes to acting, writing and direction, Ordinary Love captures a slice-of-life with sensitivity and honesty.
– There are several carefully crafted moments where joy and sorrow co-exist, offering a rare peek at the fragility and paradoxical nature of what it means to be human.
– Dealing with a tough dramatic subject, two fine performances, subtle direction and gentle yet smart writing elevate this coming-of-age romance drama.
– The straightforward yet emtoionally complex romance drama may only clock in at 85 minutes but this comes as some retrospective relief.

SABAYA… a fearless, heartbreaking, powerful and suspenseful fly-on-the-wall account of an organisation’s efforts to bring their girls home… An excellent 8!

WRITING WITH FIRE… an inspiring and intrepid chronicle of determined journalists who overcome societal convention to hold power to account… An excellent 8! 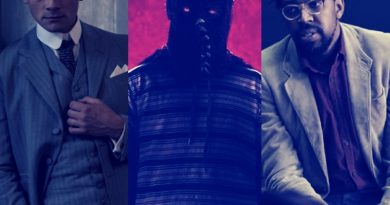 Talking Movies: On the Basis of Sex, Fyre and Ralph Breaks the Internet 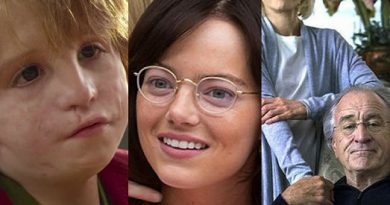 Talking Movies: Wonder, Battle of the Sexes and The Wizard of Lies