Spling reviews The Father, The Kid Detective and Our Ladies as broadcast on Talking Movies, Fine Music Radio. Listen to podcast.

This week, we’re talking about a psychological drama, a crime comedy caper and a coming-of-age comedy drama.

Starting off with a film now on Google Play…

A man begins to doubt his loved ones, his own mind and even the fabric of his reality.

– Hopkins and his character share first names in one of his most intimate performances to date, rising above his co-stars in spite of their first class turns.
– The Father plays like a psychological thriller drama, owing to its discordant viewpoint taking the perspective of a man suffering from dementia.
– You could describe it as Amour meets Tully, taking the sombre tones, shadowy apartment and darker themes from the acclaimed French drama whilst capturing an excellent lead performance, the rigours of a difficult life chapter with a fantasy edge.
– Set in an elegant apartment, the adapted stage play echoes in this timely drama that offers an empathetic and touching overview of a man moving between the realm of lucidity and illusion.
– The apartment reflects his state of mind, while the swirling mix of characters offer a frustrating, distressing and disorientating point of identification for audiences.
– While at first quite slow-moving, excellent performances from Hopkins and Colman set the platform for a deeply affecting and emotional journey about ageing, mental deterioration and coping with the effects.
– A fine production, the operatic soundtrack, thoughtful choices and seamless flow present a heartbreaking drama that offers viewers a fresh appreciation of the difficulties of a condition that is becoming much more prevalent.

A once-celebrated kid detective, now 32, is hired to investigate a brutal murder.

– The Kid Detective could be described as a junior version of crime epic Chinatown in the frequency of comedy actor Bill Hader.
– Using flashbacks to connect us with the treehouse world of detective agencies, this crime comedy caper contrasts a before and after portrait of a promising young man’s mind and his arrested development.
– Stuck in limbo, this failure-to-launch gets a second chance when he’s hired to investigate by the victim’s naïve girlfriend.
– Hilarious in its own microcosm of inadequacy, deadbeat vibrations and low-level investigative charm, The Kid Detective carries a curious blend of young and old trying to sift through the grey area between hoods.
– Using this strange balance to create an underlying tension, the comedic landscape takes on a much darker tone as the kid detective is confronted by his own innocence now deferred.
– A witty and subversively funny dark comedy, this dexterous film will surprise you, operating as a straightforward caper yet layered in a much deeper commentary on the divide between young and old.
– Caught somewhere between Ace Ventura and The Secret in their Eyes, it’s a multifaceted, smart and well-acted film with a curious mix of light and dark.

It did just enough to get…

And finally another film on Netflix…

A group of Catholic school girls ditch their choir classmates to live it up in Edinburgh.

– While the stereotype of catholic school girls has been entrenched by many other films, Our Ladies doesn’t do all that much to deconstruct this notion.
– Choosing to focus on a select group of girls, their daring escapades find each of them confronted with their own sexual awakening and in a state of disarray as a trip to Edinburgh opens their eyes and exposes them to all kinds of temptations.
– Boasting some beautiful vistas of Scotland, offering the sights and sounds of Edinburgh and engaging in some entertaining musical numbers, Our Ladies is visually compelling and full of spirit.
– The array of fine performances show just how committed these next-generation talents are to their craft, their fresh faces echoing this coming-of-age drama’s non-judgemental and devil-may-care attitude.
– Based on a novel, the language is surprisingly coarse with the catholic school girls expressing themselves in an uninhibited fashion when it comes to their fanciful ideas about hooking up in the Trainspotting ’90s.
– An unflinching schoolgirl romp, it’s refreshingly bold but it does seem a bit out of sorts to have a male director, writer and novelist steering the film.
– While it explores female relationships with some insight, the low-level exploitation does illicit some discomfort however authentic their moral chaos may be.

THE FATHER… Hopkins shines brightly in this elegantly disorientating roller-coaster of a psychological drama about the pain of dementia… An excellent 8!

OUR LADIES… while coarse and cliché, this coming-of-age schoolgirl romp is refreshingly cavalier and bolstered by spirited performances… A satisfactory 6! 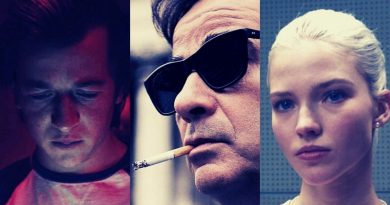 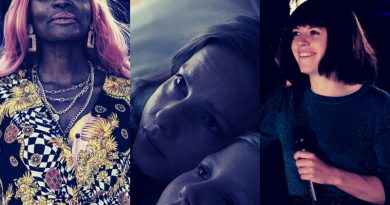 Talking Movies: Angeliena, Save Sandra and The Bright Side 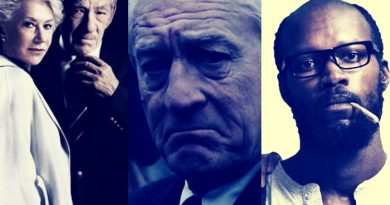 Talking Movies: The Good Liar, The Irishman and The Tribe