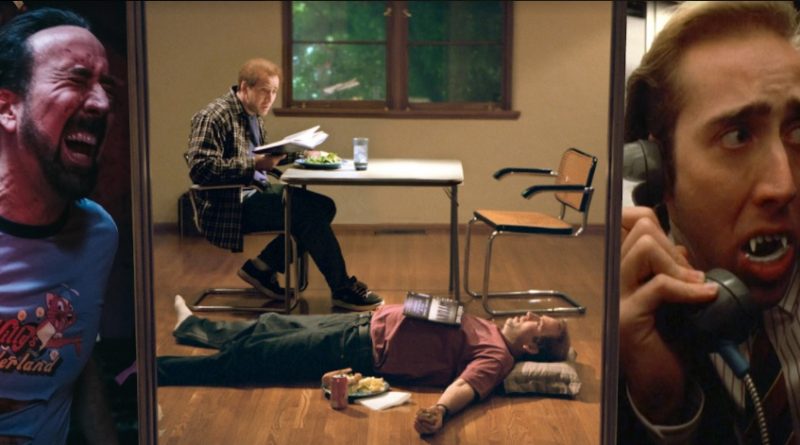 If there is one descriptor that best fits the wildly varied performances of Nicolas Cage, it would be brave. One of the most entertaining actors working today, Cage has been a mainstay of the movie theater marque, arthouse festival circuit and DVD bargain bin for decades. Pioneering his own ‘Nouveau Shamanic’ acting style, incorporating a healthy amount of method acting (i.e. having his teeth pulled without anesthesia to approach the pain of a Vietnam vet), he is one of the few performers with the guts to truly take audiences places we don’t see much of anymore, or haven’t seen yet. For this he receives praise, incredulity and ire, in about equal measure. Averaging three films a year since 1980, Cage is himself a national treasure, and brings an intense commitment to every role. Almost.

You see, the massive amounts of, let’s charitably call them “B-movies”, Cage has been in may have mostly been foisted upon him to stave off his enormous financial troubles. He was once the owner of 15 homes, among them Scottish castles and deserted islands, as well as a treasure trove of rare and expensive items like sportscars and dinosaur bones, taking out several loans and now owing the IRS $6 300 000 in property tax. These were not responsible purchases, and more than likely have led Nicolas to take on less than suitable material.

But, with that sort of a range in quality, what is the lowest of the low, and for that matter the highest of the high? And most important of all, the Cagiest?

Adaptation is a semi-autobiographical film about screenwriter Charlie Kaufmann’s attempts to adapt a NY Times bestselling novel about orchids into a workable film, struggling so much that he began to write about his struggle to write. Cage plays two distinct characters, the anxious and miserable Charlie and his fictitious happy-go-lucky twin brother Donald, both screenwriters. Cage interviewed Charlie Kaufmann extensively, eventually lighting the tapes of their work on fire, and if you’ve seen anything of the brittle writer at all, you’ll recognize Cage’s performance as not only very funny, but very accurate.

He’s perpetually sweaty, a bundled ball of nervous ticks, his eyes bouncing around underlining each syllable of his many intrusive thoughts. Playing across from no one twice over for VFX artists to later composite his two performances into interacting scenes, Cage has declared working on Adaptation his greatest challenge as a thespian. For his efforts, we completely buy the presence of the twins and their interaction, this is a godsend because this duality is the heart of the film. In fact, the brothers’ relationship was so convincing that the Academy awarded Charlie and his non-existent twin the Oscar for best original screenplay.

Nic Cage’s worst role is also one of his most recent. Cage is a quiet drifter, tricked into taking a job as overnight janitor for a Showbiz Pizza Place-style restaurant populated by murderous animatronic animals. How this movie, with NICOLAS CAGE at its disposal squandered its camp potential is a mystery. Willy’s might have the ‘crazy-Cage’ premise and some manic fight scenes, but this is the closest he has gotten to phoning it in. Cage seems to be going for stoic, but all we end up having as a result is an unwatchably detached hero, who brutally tears a monster to shreds one moment only to get back to cleaning the next. Cage described a role following this one as being taken in a “No acting, please.” phase.

It is safe to say that either Willy’s fell under the same umbrella, or the act of making it was so depressing as to kickstart this episode. Luckily, he followed this monstrosity up with Pig, a career highlight, the role he somehow took in wanting to minimize his effort as an actor, but which has garnered a recent renaissance of Cage appreciation. We can be glad to see this recognition, but that doesn’t change that it was only one film ago that Cage hit an undeniable low in a career developing by now into a certain pattern: One for them, one for me, one for no one, one for DVD.

This is Cage’s favorite of his roles. “I guess in my own mind I had this idea that there could be a new expression in acting. I was weaned, oddly enough, on vampire—German expressionism films like Nosferatu and The Cabinet of Dr. Caligari, and I wanted to be able to use that kind of silent film style of acting.” When Nicolas Cage considers a role “expressionistic”, we are truly in for something.

In Vampire’s Kiss, a juvenile yuppie New York literary agent (Peter), with serious lady trouble, slips into insanity after becoming convinced he is transforming into a vampire. This is not the straightforward comedy, nor indeed serious drama, the premise might suggest, though it is awfully funny. One could imagine the role going to a Jim Carrey, pulling wacky moves and jumping from a small height thinking he could turn into a bat and fly, only to fall flat on his face. But, no, the comedy of Vampire’s Kiss is largely detached, it is without explicit jokes, and instead revels in the uncomfortably vibrant lunatic at its centre. There was no-one else for this role.

Since vampires have a stock list of attributes and weaknesses, Cage’s character is often confronted with irreconcilable proof that he isn’t one, but Peter is stubborn and so adapts new features of vampirism, ones which are more ‘realistic’. Instead of collapsing into fine dust in the sun’s light, he just has to wear shades, without any fangs of his own, he buys a novelty pair from a gag shop, and finding himself unable to make the leap to drinking human blood, Cage subsists on a diet of the critters that roam the streets and dilapidated apartments of New York, including chowing a real and squirming cockroach. In close-up.

The clearest parallel to draw on, apart from the German Expressionists Cage makes an example of, are the erratic street goers of New York. If you’ve ever stood on a side-walk, waiting in line for instance, and someone with restless eyes and impulsive body movements came up trying to tell you all about aliens, or microchips, or vampires, picture a film spent completely in their company, except of course, that Cage is a high up suit, and so the people in his life have to put up with a great deal more than they would otherwise.

For the most famous scene of the film, in which Peter is detailing to his secretary just how horrible and non-negotiable her job is, Cage pulls off an expression so violently bizarre and over the top that in an age when reaction memes were being drawn as original doodles, this was the visage that was traced for an impression of maximum psychopathy. His mission was most definitely accomplished.

And there you have it, our picks for the best, worst, and most quintessentially bonkers roles of Nicolas Cage’s long career. Of course, he’s not slowing down, so who knows, the list may need an update before long. The question is, which category will he top? 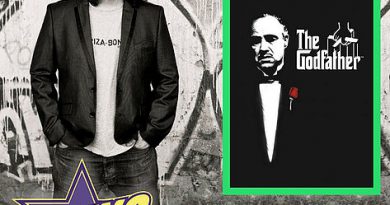 Spling’s Galileo Pick of the Week: The Godfather