The Shining is, by every measure a film fan could think of, a certifiable horror classic. Beyond the parameters of the hallowed ‘Kubrick Oeuvre’, it is the film by that master which has most thoroughly invaded the public consciousness. With time, everyone comes to know the Overlook Hotel, and Danny on his trike, and “All Work and No Play Makes Jack a Dull Boy”, and especially “Here’s Johnny!”. Though you could debate that 2001: A Space Odyssey or A Clockwork Orange or any others are his best work, the public at large is far more likely to throw The Shining on for a good time than the rest of Kubrick’s movies. It’s a Halloween staple.

It may surprise you then, or may not if you’re old enough, to learn that The Shining received very mixed reviews upon release. By mixed reviews we mean some tentative praise, and a massive critical flogging. The Shining has, in the 40 years since its release, undergone the most aggressive 180 degree shift in critical consensus since Alfred Hitchcock’s Vertigo. Plenty of people thought it was downright bad, but why is that?

For starters, unlike other Kubrick movies, which were released in a small batch of theatres and expanded as word-of-mouth got around, The Shining, being an adaptation of a spectacularly successful novel by an A-list director, was poised to be a big hit, and so was released to mass audiences pretty much straightaway. The changes to the book that caught audiences off guard did not have the time to simmer that they might have, had word spread that The Shining was a Kubrick film first, and a Stephen King adaptation second. Though the film did make a profit, despite going up against The Empire Strikes Back, complaints were plentiful and mostly unanimous; these were the most common:

The Shining is a very slow-paced film, this stood in stark contrast to the reigning attitudes of the concluding ‘70s and burgeoning ‘80s about what for audiences constituted a horror film (this was the prime age of the slasher). Expecting a terrifying, seat-wetting, horror thrill-ride, audiences and critics found the film too grand and operatic to really get a scare in. Others suggested it was too ponderous, all extensive set up and disappointing pay-off.

What today is considered an unnervingly gradual descent into madness, its deliberate nature suggesting a pervasive and calculated evil corrupting from the inside out, was then labelled a snooze fest.

Over the Top Performances

Jack Nicholson’s Jack Torrence was claimed to be too crazy-looking to begin with, all sinister scowls and demented stares well before he is meant to have taken the plunge. Viewers, who felt Jack was already known for his association to psychos from One Flew Over The Cuckoo’s Nest, voiced that the expressive performance undercut his descent into lunacy. Once madness had arrived, he was jumpy and silly, ridiculous to watch and therefore not menacing. The worst criticisms befall Shelley Duvall, whose terrible experiences with the production in trying to accomplish a very brave performance are well-documented. Duvall plays the role as hysterical, and was derided as downright goofy.

These hang-ups meant audiences were unable to connect to the characters in a version of the story, which favors the human above the supernatural as it is.

The readership for The Shining novel was eager to see their beloved story brought to life as it was on the page. The Shining is not the most tentatively connected adaptation ever, but it certainly took liberties. Ignoring minor gripes (the hotel not blowing up, Halloran dying, etc.), the biggest difference between the book and film is how the two treat the character of Jack. In the novel he is an everyman who slowly succumbs to the corrosive power of the hotel and goes mad, largely adhering to an allegory for alcoholism.

In the film Kubrick makes it clear that Jack is a poor father to begin with, resentful of his family and itching to let loose. He has abused Danny before, and does not pay much mind to his wife’s concerns. The evil is there within him, the Hotel fosters it. They unlock the door, Jack gets the axe. This more pessimistic take was off-putting to audiences. The book also has a certain closure and “ghost story” quality that the movie flatly denies the audience, its final image standing as a testament to the indecipherable but highly interpretable nature of the movie.

For these changes, the film was somehow labelled a shallow adaptation.

Before this, King hadn’t paid much attention to adaptations of his work, but as a Kubrick fan, The Shining disappointed him enormously. He criticized Kubrick’s focus on the evil of the people and lack of focus on the terrifying potential of the Overlook Hotel. “What’s basically wrong with Kubrick’s version of The Shining is that it’s a film by a man who thinks too much and feels too little; and that’s why, for all its virtuoso effects, it never gets you by the throat and hangs on the way real horror should.” He also disparaged the utter lack of hope in the story as Kubrick told it.

In the end The Shining was the only one of Kubrick’s last nine films not to be nominated for an Oscar, but as consolation it did receive a handful of Razzie nominations. Kubrick was up for Worst Director (an opinion that seems pretty hilarious today) and Duvall won in her category for Worst Actress (making her the first ever recipient of the award). By 1987 a reappraisal was already underway, and though whatever drove audiences and critics to approach The Shining as they did does seem strange today, time has told that The Shining was stronger than its detractors. 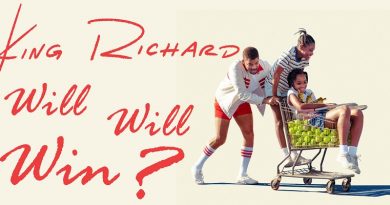