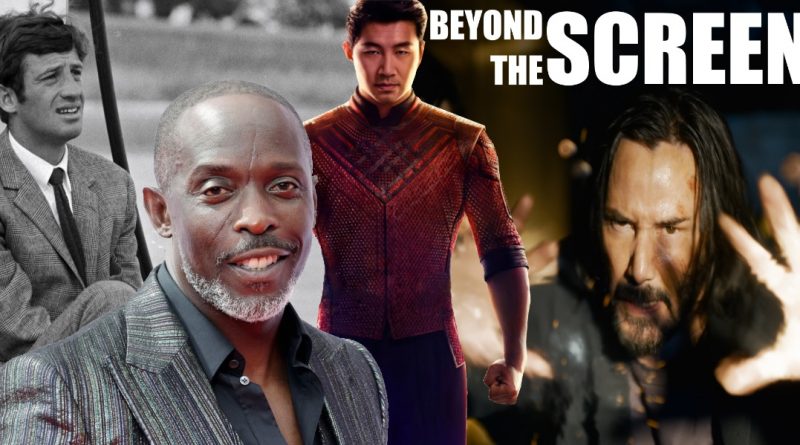 We take a look back at news of note in the world of film – here’s the first edition in case you missed it.

Despite the still sluggish conditions with which the Box-Office has been greeting most releases, Disney seems incapable of making a false move. The latest Marvel Origin Story, Shang-Chi and the Legend of the Ten Rings, has opened to the biggest ever box office takings for any film over a Labor Day weekend; $95 million. Even when adjusting for inflation, Shang Chi outpaces its closest competitor by a cool $30 million, bolstered in some part by an Asian cinema-going audience more than twice the average for a Marvel release. Additionally, good word of mouth has ensured that the film’s second week remained strong, and with numbers like these, Disney has good cause to stick to a 45-day theatrical exclusivity window for its future releases.

Tough, yet sensual, world-weary but cheeky, and with a magnificent gift for finding suitably hallowed films to host his talents, icon of the French film industry Jean-Paul Belmondo passed away on the 6th of September. Briefly a teenaged boxer, Belmondo’s collaborations with Jean-Luc Godard helped define the rebellious and youthful energy of the New Wave movement, most obviously in his greatest role: Michel from Breathless. A young man desperate to define himself, trying to take after his idol (Humphrey Bogart’s on-screen persona), stealing a gun and chasing after a girl who doesn’t care much for him, with Michel Breathless wrought and codified Belmondo’s bluster and vulnerability, making him an indelible mark on the history of film. He went on to collaborate with Truffaut, de Broca, Malle, Melville, and many more times with Godard.

The trailer for the forthcoming Matrix sequel has been making a big splash as, not only does it look pretty enticing in and of itself, but the return of the original film’s stars and much of its tone and style have got movie fans feeling nostalgic. The marketing campaign for the Keanu Reeves sci-fi has largely focused entirely on imagery and iconic concepts from the original 1999 film, with ‘White Rabbit’ scoring the trailer, and even a poster that has a red and blue pill, but no title. Given Lana Wachowski’s uncompromising style and penchant for directing radical projects which sometimes struggle to find an audience, we can only hope that The Matrix Resurrections lands with the masses waiting with bated breath for Neo’s return.

Following Warner’s sudden and unpopular decision to dump their slate of upcoming films onto their streaming service HBO Max day-and-date, ignoring the convention of theatrical exclusivity, rumours began to swirl that Christopher Nolan was shopping his next film around to prospective studios, excluding Warner Bros. In a shift from his sci-fi interests of the last decade or two, Nolan’s next film is said to cover J. Robert Oppenheimer’s involvement in the creation of the Atomic Bomb, possibly with Cillian Murphy in a lead role. Speculation has come to an end as Nolan has selected Universal Pictures to help bring the film to life, likely with a budget exceeding $100 million. Some of his stipulations included: total creative control, a 100-day theatrical window, equal marketing spend, 20 percent of first-dollar gross, and a blackout period (meaning the studio cannot release another film for three weeks before and after Nolan’s).

The actor best known for his television work was found dead in his NYC home on September 6th. Though he made memorable appearances on Boardwalk Empire, Love Craft Country, When They See Us and The Night Of, as well as several film roles and some work as a producer, Williams remains best remembered for his unforgettable work as ‘Omar’, a sawed-off shotgun totting stick-up man and immensely popular anti-hero of HBO’s The Wire. Omar was openly gay, a masculine figure involved in crime who nonetheless embodied a strict moral compass and duty to his companions. A role of this nature is rare today, and practically unheard of for its time in TV history. Williams played along Tupac Shakur, acted for a Scorsese drama, and filled out the worlds of far too many Golden Era TV shows to list here. He had the Emmys to prove it, and a dedication to causes like criminal justice reform to match his acting chops.

Paul Thomas Anderson’s next project, once titled Soggy Bottom, officially has a trailer, though it has not been released online yet. 35 mm prints of the trailer were screened before showings of various legacy titles, at select theatres around the world (including the Prince Charles and New Beverly). Apart from confirming a new title (Licorice Pizza), the trailer set Twitter ablaze as viewers recounted all they could of what they had seen.

There are few movie cars in the last few years that have played so integral a role, and looked so cool doing so, as the The War Rig, Imperator Furiosa’s custom death truck, used to smuggle and then race the five wives away from Immortan Joe in 2015’s Mad Max: Fury Road. The War Rig, as well as an additional 12 convoy vehicles, will be put up for auction in a secret bidding war on September the 25th and 26th. If you’re thinking of pulling up to the upcoming premiere of George Miller’s Furiosa prequel in one of these monstrosities, your best bet is to bid for the iconic Doof Wagon, a hulking mass of speakers and wheels, from which once dangled one of the most beloved characters of the film: the flame-throwing guitarist. 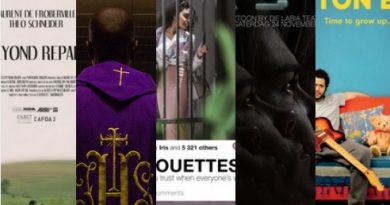 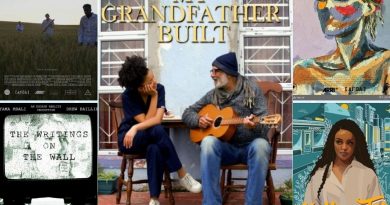