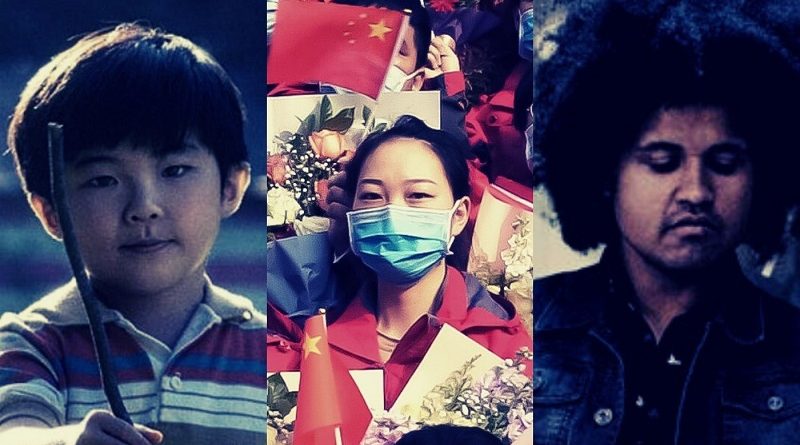 Spling reviews Minari, In the Same Breath and Doin’ My Drugs as broadcast on Talking Movies, Fine Music Radio. Listen to podcast.

This week, we’re talking about a drama, a documentary and a music documentary.

A Korean family starts a farm in 1980s Arkansas.

– This drama received six Oscar nominations, winning Best Supporting Actress for Youn’s soulful take on a grandma.
– Offering beautiful cinematography, Studio Ghibli style sound design and featuring a tender tale of a family trying to settle into a new home it has many parallels with My Neighbour Totorro.
– Instead of veering into the realm of fantasy with a giant rabbit, Minari plants itself in the kitchen sink realism and pursuit of the American dream.
– The tender drama also has similarities to All Saints, a faith-based drama about a salesman-turned-pastor who tries to rescue his tiny church.
– While there’s a strong spiritual element, parallels with the true story and a lightness of touch, Minari is more focused on the nuances of a marriage and childminding.
– Minari is a gentle film, which deals with some heavy themes without siphoning energy, counterbalancing hardships with lighter moments.
– While the story is intriguing, tapping into a number of relevant themes for our times, it’s the performances that make it compelling.
– An ensemble drama, there are no weak links, grounding the film with an unquestionable sincerity that further enhances its day-in-the-life attributes.
– As we’ve come to expect from A24, the cinematography is in constant pursuit of perfection, creating some vivid and artful frames for this family portrait.
– This sense of beauty is reinforced by its warm soundtrack as the young family struggle to overcome setbacks without losing their dignity or sense of purpose.
– Its cinematic purity, gentle ebb-and-flow and meek disposition may make it too soft or slow for some, but it’s strength is found in its perseverance, tolerance and tenderness.

An excellent 8 on the splingometer!

Moving on to a documentary now on Showmax…

IN THE SAME BREATH

An examination of the Chinese government’s pandemic cover up and propaganda following the outbreak in Wuhan.

– Wang is the documentarian that brought us One Child Nation, an eye-opening chronicle of China’s cruel and systemic one child policy.
– A fearless filmmaker, who narrates In the Same Breath, we get a personal account of the situation from her perspective, able to contrast the on-the-ground response from the limited freedom of the Chinese versus the seemingly unlimited freedom of Americans.
– Gathering reams of footage from hospitals in Wuhan and key interviews with those willing to speak freely, we get a clearer picture of how the pandemic started with the government’s attempts to quash negative news stories from breaking.
– While there have been a number of fine pandemic documentaries, such as Totally under Control, this one tackles the crisis from the perspective of China and the government’s desperate attempts to quell the media fallout and suppress its own citizen journalists.
– It’s much less intimate than One Child Nation, but has a similar agenda offering a rare glimpse into the politics of China without being tainted by propaganda filters.
– A slick production, this timely documentary gives a mouthpiece to ordinary Chinese citizens affected by the pandemic and shows the low-level dissent, which is often counterbalanced by manufactured patriotism.
– Capturing priceless moments, offering an introspective angle and doing so in a bold fashion, In the Same Breath is a startling watch riddled with question marks.

And finally a music documentary on Showmax…

The story of a musician born HIV+ in 1985 and his collaborative awareness campaign to wipe out AIDS in Zambia and beyond.

– Zambian-born musician, Thomas Buttenschøn, returned to his mother’s homeland on a mission to make peace with his past and to create a new legacy.
– It’s said that music has the power to heal… Thomas has taken a step further, using his unique musical talents in a bid to educate and empower Zambians and by extension the people of Africa.
– Wild misconceptions, ostracisation and fear have created a situation where citizens would rather live in ignorance than know their HIV status.
– Having been born HIV+, Buttenschøn is a living example of someone who has made a success of their life into their 30s with the help of antiretroviral drugs.
– Father of two healthy children, he felt a calling to find out more about his mother’s final days and to serve as an ambassador in raising awareness through this music documentary.
– While it starts off slowly, the pieces quickly come together as the main thrust of this documentary is realised through Thomas’s music and collaborations with local artists.
– The title Doin’ My Drugs starts to make more sense as this earnest and emotive film builds into something special.
– A character portrait and message documentary, its modest guerilla shooting style feed into its raw, honest and intimate mood.
– Getting a cross-section of Zambia’s musical talents with Buttenschøn as a spiritual guide, the love-in-action is inspiring.

IN THE SAME BREATH… a bold, emotive, eye-opening and slick behind-the-scenes documentary on the Wuhan outbreak and China’s political machinations… An excellent 8! 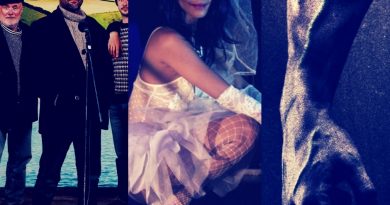 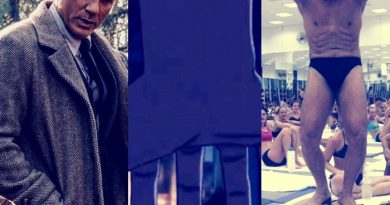 Talking Movies: Knives Out, I Lost My Body and Bikram: Yogi Guru Predator