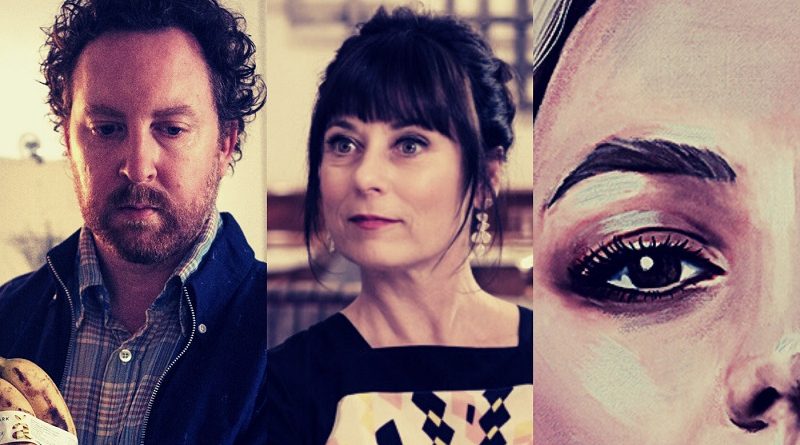 This week, we’re talking about a music comedy drama, a comedy drama and a music documentary.

A pop star struggles to come to terms with a Parkinson’s diagnosis.

Stars: Uje Brandelius and his family

– Run Uje Run is a Swedish music comedy drama written by and starring Uje as himself.
– It’s an inventive and strange film that retells Uje’s life story about how the ’90s musician’s life changed when he was diagnosed with Parkinson’s disease.
– Similar to the Michael J. Fox story, Brandelius was in the public eye and tried to mask his heath issues to prevent colleagues, family and friends from treating him differently.
– From its plucky music to its daring spirit, Run Uje Run is a brave and independent film that journeys with the actual subject from his glory days through to his radio presenting and beyond.
– Starring Brandelius, who has a similar disposition and even look to Paul Giamatti, the bittersweet comedy sparkles as the man deals with family, friends and a midlife crisis.
– Taking a friend’s advice, the real fun begins when Brandelius embarks on a mission to do all the things he always wanted to do with reckless abandon.
– The candid feel of these scenes creates some awkwardly funny moments as the man cuts loose without inhibition.
– Run Uje Run is a free-range music comedy drama that steers away from convention and thrives on the earnest and honest storytelling.
– From some innovative and experimental cinematic moments to Uje’s earnest and lively performance, it’s a tale about a man who slowly learns to accept his plight.
– Ranging from laugh-out-loud funny interactions to some touching drama, it’s a fun and joyous film that coasts on the same spirit of its defiant subject.
– Checking in at just over 75 minutes, the seize-the-moment vibrations don’t overstay their welcome, echoing the movie’s dedication to being one-of-a-kind.

RISKS AND SIDE EFFECTS

A husband struggles to offer his kidney to his wife when she requires a donor for a critical surgery.

– Based on a stage play, the German film wrestles with a potent situational comedy drama.
– While it would’ve been a brilliant Woody Allen film rife with self-doubt and hyperchondria, it doesn’t have the same pay off.
– The cast show up with conviction but lack charm and miss the mark with the film coming across as more dramatic than comedic.
– Putting a couple’s marriage under the microscope with the chance of going under the knife too, the concept brims with possibilities but lacks the follow-through for such an overt set up.
– It’s consistent and precise – but the tone is flat and the timing isn’t quite right as much as the actors seem game.
– Some clever twists spice things up as Risks and Side Effects weaves through the second and third act but it just feels as stunted and indecisive as its lead character.
– “To donate or not to donate…” becomes a refrain and one trick pony gag that may have worked better in a theatrical environment but sadly doesn’t translate well to screen.
– It’s a lightly entertaining and technically sound comedy drama that has a few moments but doesn’t have the substance, stakes or humour to crank up the low-boiling comedy.
– Struggling to latch onto a redeeming or even likable character to stay invested in the story or care for the characters and their predicament, the so-so film splutters its way over the finish line.

And finally a documentary on Netflix…

An investigation into the legal conservatorship of iconic pop icon, Britney Spears.

– The Princess of Pop is one of the world’s best-selling teenage music artists with earworm hits such as …Baby One More Time and Oops!… I Did It Again.
– Britney vs Spears reminds us why Spears ultimately became America’s sweetheart, investigating some of her messy relationships and incidents that provoked a tabloid frenzy and the ensuing conservatorship.
– Effectively giving her father Jaime, an iron-clad “Daddy knows best” control over her life and estate, Britney vs Spears unpacks how this legal instruction has restricted Britney’s life.
– Unfortunately, the Britney vs Spears film isn’t able to interview the key players in the matter, accentuating that Spears is unable to speak freely while underwriting her father’s aloof and powerful image.
– Having collated the documentary during the pandemic, it’s a patchwork film coming across if a podcast had been adapted – using video conference interviews, voiceovers, archive footage and armchair investigation.
– The rushed and coerced feel also doesn’t create a sense of consistency, trying to necessitate the documentary with bits and pieces to keep the film upbeat consolidating a scrapbook of media and information.
– The disordered and slapdash sense keep things interesting but chaotic, dropping enough breadcrumbs to keep you loosely engaged but lacking the focus and continuity to build a substantial case.
– Content to assemble testimony from anyone with a degree of separation from the pop icon and trying to evoke emotion, it simply reinforces what’s already out there with a bit of flash.

RISKS AND SIDE EFFECTS… a strong comedy scenario and clever twists are underutilised in this well-meaning yet tonally inert and middling comedy drama… A satisfactory 6!

BRITNEY VS SPEARS… while timely and mildly entertaining, this flashy, rushed and eclectic investigative documentary is inconsistent, slapdash and a bit forced… A flat 5!

Talking Movies: Fiela se Kind, Evelyn and Back to School 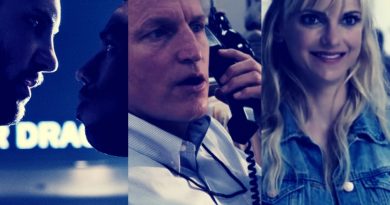 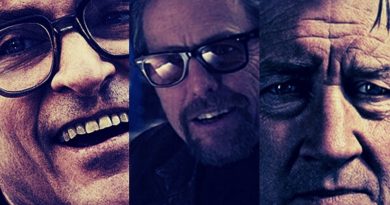 Talking Movies: Don’t Worry He Won’t Get Far on Foot, The Gentlemen and David Lynch: The Art Life