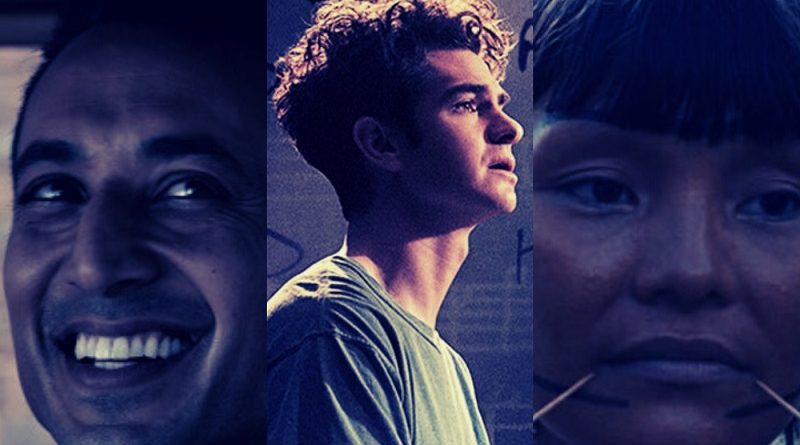 This week, we’re talking about a comedy drama, a musical drama and a documentary drama.

Cassim’s break out comedy roadshow hits a snag as he tries to figure out family, love, kids and comedy.

– Taking the emotional core and father-son dynamic of Material, the sequel branches out to explore several avenues of Cassim’s life through various relationships.
– Material was a labour of love and as reflected by the movie title, this isn’t simply a ‘Material 2’, delivering an all-rounder comedy drama that elicits tears from uproarious laughter and deep emotional connection.
– Being a movie of two halves, New Material follows a similar emotional arc to Material, moving from the giddiness of funny to the turmoil of heartache as Cassim’s forced to choose between career and family.
– Touching on so many rich topics including beliefs, customs and resettlement, each of which could have been a central focus, New Material gets better and better… imitating fabric in weaving together many threads to create something durable and of substance.
– New Material’s far-reaching themes, many subplots and sprawling cast do culminate in a watershed that dexterously ties them together, moving from reckless abandon to some heavy truths.
– It’s an entertaining comedy drama, a fitting sequel and a fun road trip movie, yet its dislocated feel and perceived lack of focus on story and character does lessen its impact value.
– Moving at such a quick pace, it mirrors much of what made Material great, offering a substantial sequel that’s both entertaining and endearing.

On the cusp of his 30th birthday, a promising young theater composer navigates love, friendship and the pressures of life.

– Garfield is proving to be one of the most versatile actors of his generation, moving from the drama of Boy A and The Social Network to play The Amazing Spider-Man before jettisoning over to the role of musicals.
– A curious face, it’s wonderful to live in a world in which Garfield can be a movie star, allowing his ordinary looks to take the backseat to his full-fledged, charming and heartfelt performances.
– Constantly showcasing new sides to his seemingly limitless talents, he continues to avoid being typecast with another surprising turn, this time singing as if he was born to do it.
– An out-of-the-box casting decision is reinforced by a similar adaptation of the musical, which flits between biographical storytelling and stage productions with some crossover.
– While visually-striking, this nostalgic throwback features an impassioned yet tender performance from Garfield with a selection of infectious musical numbers to truly showcase his ability when it comes to movement and voice.
– Moving at an upbeat pace, remaining entertaining and keeping you guessing with its multidimensional reflections, Tick… Tick… Boom is buoyed by a joyful spirit.
– A tribute to the mind that brought us the long-running, unconventional and revolutionary smash hit musical, Rent, the adaptation captures the essence of his creative genius.
– While somewhat elusive, its surreal flourishes of musical colour shine through contrasting with some of Larson’s self-doubt and troubles as his ambitions are realised in the shadow of greats like Stephen Sondheim.
– It’s an impressive directorial debut for Pulitzer prize and Tony award-winning Lin-Manuel Miranda, bringing life to Larson’s mundane waitering job and energy to his autobiographical musical.

The Indigenous community of the Yanomami face threats to their way of life and natural environment in the Amazon rainforest.

– The Last Forest is a hybrid documentary and drama, which captures day-to-day life with the Yanomami tribe, whose simple existence serves as an example to us all.
– The filmmakers immerse themselves in the Amazonian forests and the tribal community concocting a staged rendition of their ancestral mythology.
– Journeying with members of the tribe as they forage for food, hunt prey and deal with gold prospectors, we bear witness to threats to their way of life through powerful images.
– Lush, beautifully photographed and as authentic as one could hope for given some of the fictionalised interludes, this is a spellbinding and intimate expedition into an ancient culture’s oral history, origin story and spirituality.
– Living in harmony with nature, this idyllic situation becomes a struggle to protect customs, creatures and people from government regulations.
– One does wonder just how ethical it is for a film crew to capitalise on this otherwise hidden community, bearing witness to some of the most sacred rituals.
– A haunting reflection and noble in its ambitions with what seems to be an acceptance from its subjects, The Last Forest captures some priceless moments with a window into the past.
– Contrasting the symbiosis of man and nature against the exploitative mindset of today’s rapidly expanding and rather numb disposition of governments and nations, it’s a disarmingly thoughtful and hopefully alarming reflection.

TICK… TICK… BOOM!… an exuberantly heartfelt lead and self-assured direction bring joy to this tender and toe-tapping celebration of creative genius… An excellent 8!

THE LAST FOREST… a hauntingly intimate and beautiful foray into one of the Amazon’s most ancient cultures draws some disturbing contrasts… A solid 7! 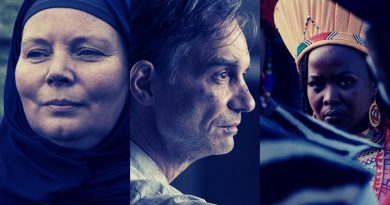