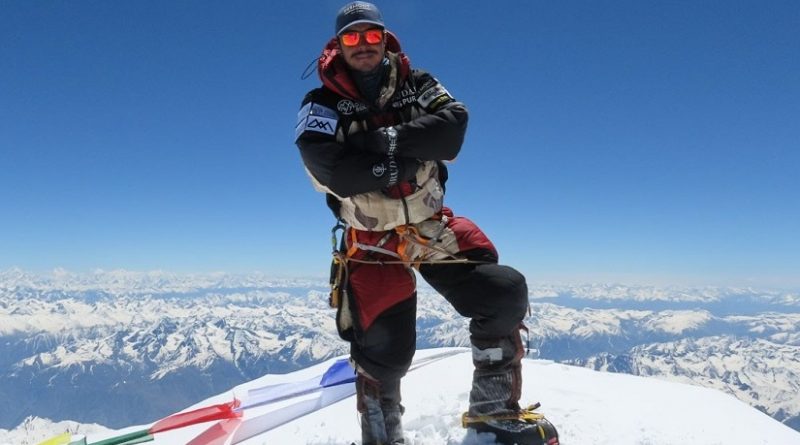 14 Peaks: Nothing is Impossible is a new biographical sports documentary, which journeys with Nims Purja and Project Possible… a seemingly impossible mission to summit 14 of the world’s 8000m plus peaks. Scattered across Asia, the first climber to summit all 14 peaks was extraordinary Italian Alpine climber, Reinhold Messner, a feat that took 16 years to accomplish. Messner is the first man to summit Everest on his own without oxygen, a climbing style he embraces as a purist. This incredible achievement will live on with his name in the world of mountaineering and while he hasn’t become a household name as much as Sir Edmund Hillary, the living legend is testament to the endurance of the human spirit, summing up Purja’s historical achievement as a “unique statement in the history of mountaineers” worthy of all his respect.

What separates Purja from the pack is that his quest was set to be accomplished in the space of just 7 months in 2019 when the world was going a little crazy with the onset of the pandemic. Using oxygen support near the top, his climbing strategy is a team effort as opposed to Messner’s often solo and unaided expedition. This doesn’t take away from the accomplishment, which is full of dangers and pitfalls, requiring a great deal of hoop jumping just to be able to be in the position to even take a shot. Normally it would be a bucket list item and life’s dream for one person to summit any one of these 14 peaks… but to Purja it was a massive challenge he couldn’t resist. Jokingly referring to himself as Usain Bolt, the mountaineer’s chipper never-say-die attitude and fun sense of humour is as infectious as his mission is inspiring. While his Muhammad Ali type chirps are mostly tongue-in-cheek, he should be given the same status, doing what most of his seasoned peers deemed impossible.

Sir Edmund Hillary is credited with being the first man to summit the tallest mountain on the planet, Mount Everest. While his noteworthy climb will forever make him the Neil Armstrong of mountaineering, something must be said for his Buzz Aldrin… Tenzing Norgay. As Purja notes in this sleek documentary, climbing support teams and more specifically sherpas have become like ghosts with climbers relying wholeheartedly on these people who risk their lives in order to help them claim the flag-planting glory. Doing the hard yards, knowing the best routes and putting their bodies on the line, this noble and indispensable support structure hasn’t been properly acknowledged in the grand scheme of things.

Nims Purja’s film is centred on the achievement of reaching the summit of all 14 peaks with a commentary about the sport and far-reaching implications. Confronting the matter directly, it’s clear that there’s a massive disparity with many clear examples of the setbacks of not being a westerner. Trying to siphon sponsors and funding to do the near-impossible, Purja’s mission may have come across as pure lunacy to would-be investors, but you can’t help but imagine how much easier the process could’ve been if he was from Europe. Granted there are economic factors at play between pitching substantial projects at home and abroad, but the issue is further compounded by the lack of international media coverage for a dizzying accomplishment and history in the making.

While Nims is used to going against the odds, the fearless Nepalese climber never backs down from a challenge, having the time of his life in doing what he loves to honour his mother, wife and his country. This is pure inspiration, soaking up every moment and doing it in style. From challenging political rulings and putting his house and life on the line, Nims is the epitome of determination and will power. It’s what compels him to overcome, to keep on keeping on and it’s just the spirit we need to encourage us in such trying times in the aftermath of Covid-19. Reaching the peaks of such monoliths as Annapurna, Dhaulagiri, Mount Everest, Lhotse and Makalu, K2, Cho Oyu, Manaslu and Shishapangma – this is the stuff of Lord of the Rings. Spectacular and otherworldly imagery peppers this quick-paced overview of Project Possible from footage, photographs and animated recreations.

From unexpected rescue attempts, near-death experiences and even queues of traffic going up Mount Everest… 14 Peaks: Nothing is Impossible tracks the perils of the sport, constantly reminding viewers how many have succumbed to the severe elements and lack of oxygen. This documentary touches on a number of issues relating to Purja’s personal life from his strong bond with his mother, his desire to give Nepal its rightful place in the climbing community to longstanding prejudices within the sport. Focused on climbing all 14 mountain peaks, which are represented as visualisations – as you’d expect the film moves at a breakneck speed in trying to condense so many summits. Snow and mountains in the region all start to look the same and while the conditions help distinguish them, you get the impression that biographical detail was deliberately interspersed to add more colour.

Nims narrates the film, providing a first-hand account of chronological events with interviews from peers chiming in about the conditions and their thoughts on this incredible historical attempt. It’s a jam-packed film that serves as an overarching overview of the man’s courage, determination and desires – offering a character portrait and human interest factor to spur things on. While it manages to check these boxes moving at a pace and carrying enough infotainment to keep you transfixed, something gets lost in translation. There are documentaries that chart one single summit and while 14 Peaks: Nothing is Impossible dwarfs them, something is lost in conveying the grueling challenge – failing to capture the extraordinary pursuit of just reaching the summit of one. Unfortunately, this undermines the act of climbing 8,000m + mountains, making it seem so much easier than it actually is with graphics that diminish the giants.

We see Nims often commentating from the top of these mountains but without giving each summit its dues, it turns each standalone achievement into a hop, skip and jump. Perhaps immersing us in the conditions where survival becomes the watchword would’ve helped entrench the marvel of Purja and his team’s efforts. Writer-director Torquil Jones had his own mountain to climb, probably inundated with enough footage to turn the documentary into a series, required to hit certain story milestones along the way. As it stands, 14 Peaks is still a joy to watch from seeing Purja dancing and striving to witnessing more personal fly-on-the-wall moments. A testament to a historical feat with many records broken along the way, it’s an ode to the power of sheer will power, bravery and stubborn determination. 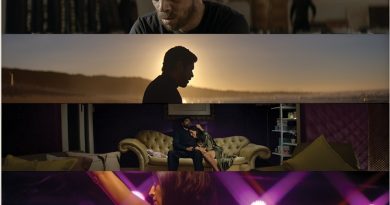 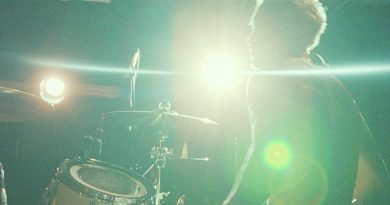 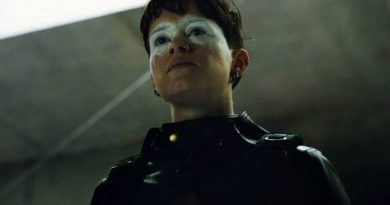 Movie Review: The Girl in the Spider’s Web