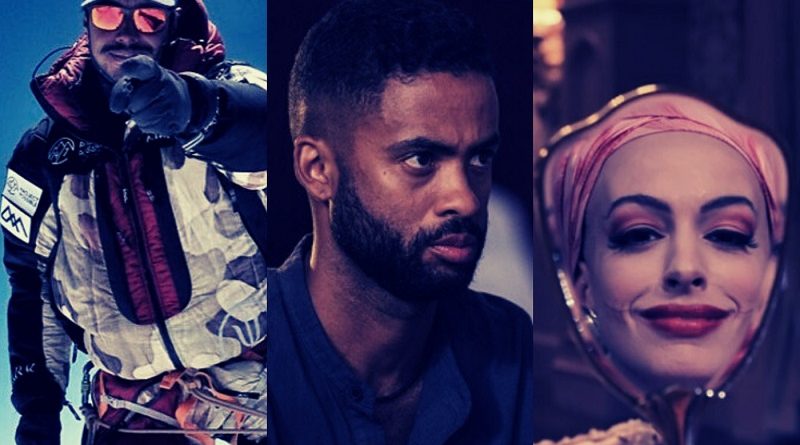 Spling reviews 14 Peaks: Nothing is Impossible, Barakat and The Witches as broadcast on Talking Movies, Fine Music Radio. Listen to podcast.

This week, we’re talking about a biographical sports documentary, a comedy drama and a fantasy comedy adventure.

14 PEAKS: NOTHING IS IMPOSSIBLE

A fearless Nepali mountaineer embarks on a seemingly impossible quest to summit all 14 of the world’s 8,000-meter peaks in seven months.

– Most wouldn’t have known about Nirmal or Nims Purja, a mountaineer whose never-say-die attitude has spurred him to greatness and put his home country on the map.
– Struggling to secure sponsorship for his big idea, which may have come across as crazy to potential investors – considering it took Alpine purist Reinhold Messner 16 years to do, this amazing quest was a mission impossible on many fronts.
– Trying to make his mother and country proud, this man’s sheer drive and will power is inspiring – going to extremes without losing his sense of humanity or humour in the most trying conditions.
– Leaving his wife wondering if she’ll ever see her husband again embarking on numerous expeditions, some involving summiting several peaks at a time, Purja literally put everything on the line including his home and life.
– Breaking numerous records along the way, we get a firsthand account of Purja’s life as he narrates and explains his philosophy, climbing style as well as the obstacles to completing what he calls Project Possible.
– As a commentary on the sport, special insights give one a window into Nepal’s heritage with special consideration to the overshadowed role of sherpas from Sir Edmund Hillary and Tenzing Norgay’s first summit of Mount Everest.
– From otherworldly footage, animated recreations and informative visualisations of the peaks to in-the-moment drama and incredible photographs, 14 Peaks could very well be Middle Earth as we tour the spectacular Himalayas and surrounding majesty.
– Moving quickly through each summit, never losing sight of the dangers and pitfalls of the sport, the documentary doesn’t quite grasp the magnitude of the attempt but remains a triumph of the human spirit harnessing the power of our wildest dreams.

Moving on to a film now on DStv Box Office…

An aging matriarch aims to bring together her fractured, dysfunctional family over Eid-al-Fitr to break the news about her new romance.

– Barakat is a “warm and fuzzy” local comedy drama from Amy Jephta, a rising star whose film has been selected as South Africa’s official Best International Feature Film submission for the Academy Awards in 2022.
– Taking place in the suburb of Rylands, Cape Town and in the key of the language known as Afrikaaps, the comedy drama is a family portrait that resonates through its rich mix of authenticity and nostalgia.
– Barakat means ‘blessings’, underpinning a gentle and warm drama that touches on universal family matters, adding texture and nuance through Cape culture and the Islamic faith.
– While its artful and thoughtful opening sequence is exquisitely mounted and composed as if inspired by Up, it creates a tonal blueprint, which is never quite matched.
– Tonal consistency is one of Barakat’s biggest challenges, loosely swaying from comedy to drama when it seems as though dramedy was the driving vision.
– The cast’s collective energy is strong, working well as a team and remaining charming enough to entertain.
– Barakat is a nimble comedy drama, keeping the pensive dramatic story upbeat, never overstaying its welcome and moving at a good pace.
– Barakat is a love letter to Afrikaaps, with its passion expressed through attention to detail in the look-and-feel of the film and further embroidered by the sentiment of a game cast.
– A warm and nostalgic treat, its message of togetherness in difficult times is one that everyone can appreciate.

A young boy and his grandmother have a run-in with a coven of witches and their leader.

– It’s been 30 years since Roald Dahl’s beloved The Witches was adapted into a rather scary children’s film.
– Under the watchful eye of Robert Zemeckis and writing partner Guillermo del Toro, one can’t help but feel disappointed.
– It’s another case of a film not adding up to the sum of its parts, featuring a stellar line up, some magical CGI and based on Dahl’s imaginative and funny tale.
– Taken from an African-American and Hollywood perspective, The Witches has a fresh yet muddled feel as the nuance of Dahl’s humour is squandered on realising the visual effects.
– Anne Hathaway’s over-the-top Dracula type performance has energy and revels in the fun but is a little insubstantial in contrast with Angelica Huston’s rendition.
– Heavy on visual effects, which range from brilliant to skimpy, the inconsistency draws too much attention to itself
– The cast seem to be having an inordinate amount of fun but this magic is lost in translation as The Witches essentially becomes Alvin & The Chipmunks as directed by Tim Burton.
– It seems like a shame that such fine acting talent be wasted on this superficial and uninspired song and dance, which serves as lightweight entertainment with a few moments.
– From voodoo to skinhead witches, there are a few nightmarish moments, which makes it more suited to older kids…
– As much as it looks the part, this insubstantial fantasy adventure comedy is a bit of a chore.

14 PEAKS: NOTHING IS IMPOSSIBLE… while rapid, it remains an entertaining, mouth-dropping, inspiring and powerful biographical sports documentary… An excellent 8!

BARAKAT… while tonally inconsistent at times, this authentic, nostalgic and warm comedy drama is bolstered by its charming ensemble… A solid 7!

THE WITCHES… while stellar and eye-popping, this glitzy take on Roald Dahl’s imaginative tale lacks charm, nuance, suspense and substance… A flat 5! 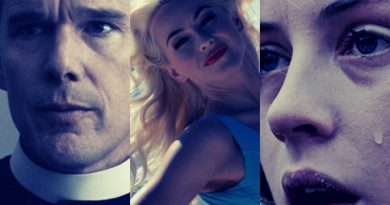 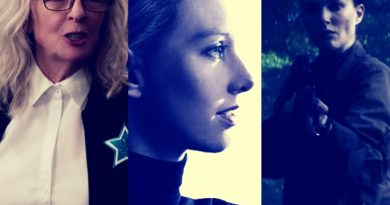 Talking Movies: Poms, The Inventor: Out for Blood in Silicon Valley and Annihilation

Talking Movies: Shoplifters, It: Chapter Two and A Futile and Stupid Gesture