If you love movies with enough passion, you’ll grow to love even the most cliched of tropes in turn. In movies, no fruit cart parked precariously by the side of the road goes unpunished. In movies, if a character sees fit to prattle on about how much they dislike someone, that someone will pop up behind them just in time for a “They’re right behind me, aren’t they?” In movies, Marvin Gaye’s ‘Let’s Get It On’ inevitably arrives onto the soundtrack to underscore that something steamy is about to happen (or is already under way). Has there ever been a time when it was used with any sincerity?

Regardless, it’s a trope with more potential than is credited to it, and there is often more admiration for the trope itself than for the movies that contain it (it’s typically wheeled out for bad comedies), but these days it’s a lost artform. A good ‘Let’s Get It On’ scene knows its function, not its shorthand, and often sparks a conversation in the viewer’s mind between every other movie to use it. Let’s rank the Top Five ‘Let’s Get It On’ scenes in movies.

Dishonorable mention: The Animal. A goat in heat attracts the attention of Rob Schneider. There are surely more tasteless scenes, but the prospect alone makes one shudder. Painfully unfunny and overlong to boot, the best to be said about this scene is that even the goat isn’t charmed by Schneider’s hands-on approach, and so disaster is everted.

In this Jason Statham action vehicle, equal parts ridiculous and vulgar, a hitman is poisoned with a synthetic drug that saps adrenaline; his heart will stop beating entirely if he mellows out too much. Statham mostly keeps it pumping with high-octane action (cocaine-fueled fistfights, freehand motorcycle chases, etc.), but during one scene he enlists his girlfriend’s assistance to stay above water the old-fashioned way, and in the middle of the street for good measure. We’re dealing with levels of absurdity we rarely encounter at the movies as it is, but leaving ‘Let’s Get It On’ out of the equation would’ve been a sorely missed opportunity, not in keeping with Crank’s grubby kitchen-sink style.

Zoey, human-rights activist/shopkeeper, and Admiral General Aladeen, human-rights violator/former Dictator of Wadiya and current refugee, get busy to the tune of a ‘Wadiyan’ cover of the song, despite the fact that Wadiyan is not a real language (it’s some sort of trouble-seeking mixing of German, Hungarian, and Arabic languages). The confluence of such a quintessentially American cultural touchstone imbued with the flair of a fictional nation that just feels inflammatory, matches the intentions of the movie perfectly.

The latest entrant into the list happens to have won Best Picture, making it probably the first and last to garner such recognition whilst sneaking in Gaye’s tune. To be fair, CODA’s use of ‘Let’s Get It On’ is probably one which has the strongest relationship to a film’s theme. Ruby is the only hearing member of a deaf family, occupied with helping out at the family fishing business, interpreting with hearing coworkers, doctors, etc.

As the film goes on, she develops an interest in moving away from home to attend Berklee College of Music, but long before that she has to perform in front of her classmates in choir. Her zealous music teacher isn’t feeling it (bullied for speaking ‘like a deaf person’ as a child, Ruby has developed a shyness that doesn’t much tap into the song’s soul) and leads the class in an eccentric dog-panting exercise that helps both to improve her technique and alleviate her embarrassment. She lets loose and reveals her voice in full. Ruby has shouldered much responsibility, but she is only able to share her potential when she relaxes a little.

2 – Austin Powers: The Spy Who Shagged Me

Acquired through time travel hijinks, the maniacal Doctor Evil has pilfered Austin Powers’ mojo, the source of all that’s swinging about the international man of mystery. With his greatest threat subdued, Dr. Evil decides to see how the other side lives. Just a sip of the captured Mojo is enough to have the frigid Dr. set his sights on his long suffering henchwoman, Frau Farbissina, and so-doing, his less-than-adequately evil son is conceived, as the volcano-lair erupts nearby. This is so silly it is impossible to resist.

Jack Black plays Barry Judd, a vinyl store employee working for owner and lovesick lead Rob (John Cusack stuck in arrested development), who helpfully sidetracks the film into his wonderfully exuberant and music-snobbish personality. Barry is so portentously self-assured in his musical taste and knowledge that we assume his band, with their supposed obscure German influences, are sure to be a joke, so when he belts out ‘Let’s Get It On’ and captivates a room of launch party attendees not even there to see him, we’re as surprised as Rob is. It’s a glorious celebration of life’s small victories; Rob may have had to grow up just a little, but, reunited with Laura, at least while Barry’s doing his thing, all is well.

The worst of these scenes make shallow use of the song, for a needle-drop that registers instantly as having humorous intent to an audience. As is hopefully clear from our above choices, the core of a good ‘Let’s Get It On’ scene is not necessarily the aphrodisiacal nature of the song, but that it lets everybody loosen up, relax and enjoy themselves. It melts tension like butter, for the audience as much as the characters. 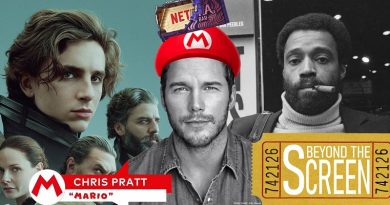 Spling’s Galileo Pick of the Week: The Martian 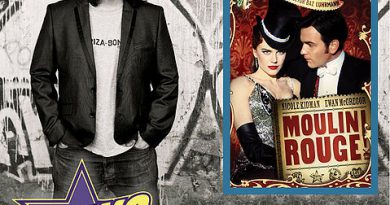